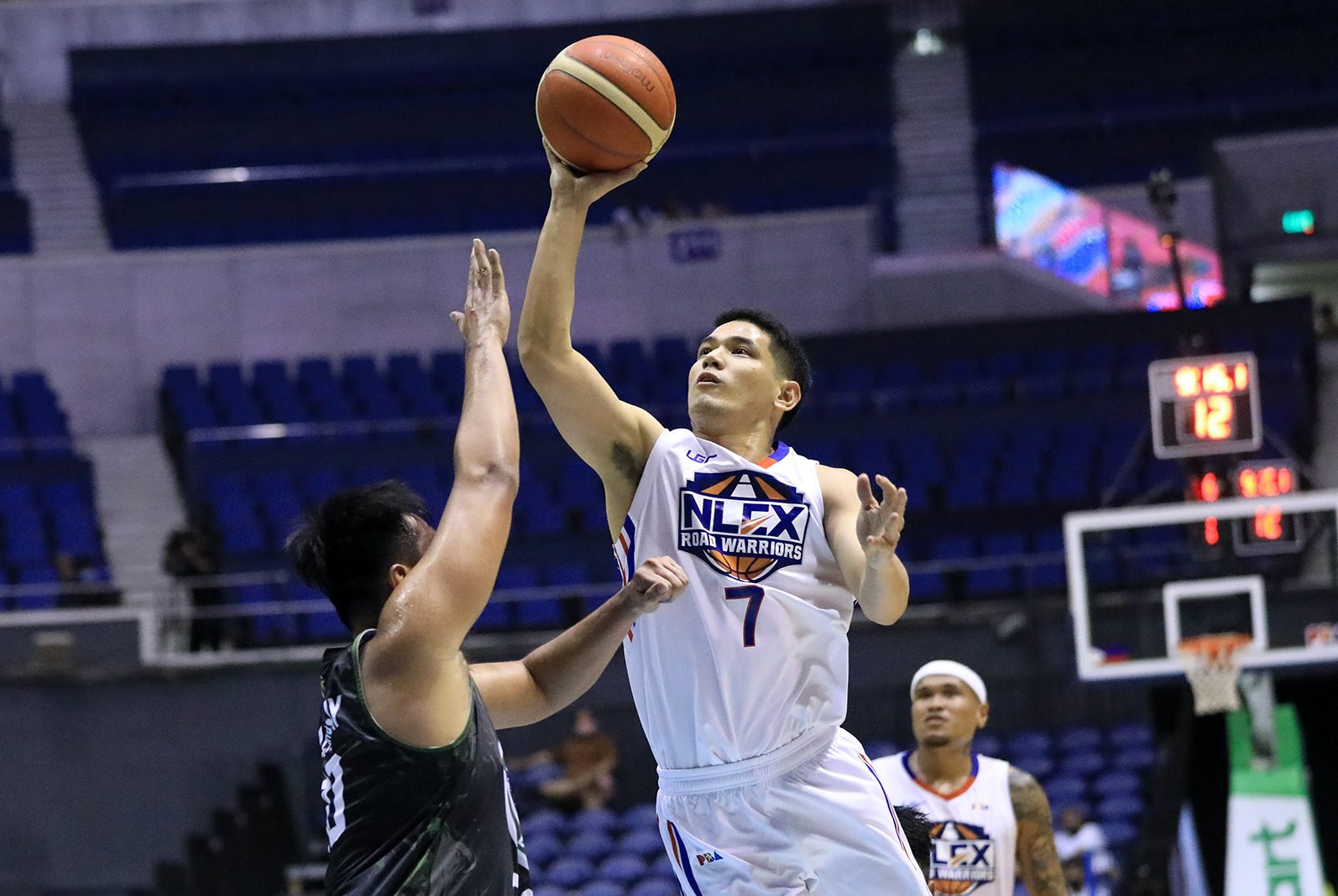 MANILA, Philippines – NLEX shrugged off a lethargic start and survived a frantic endgame to turn back Terrafirma, 105-102, for a victorious debut in the PBA Philippine Cup at the Araneta Coliseum on Wednesday, June 8.

Kevin Alas churned out 24 points and 6 rebounds off the bench to lead five players in double figures as the Road Warriors overhauled a 16-point deficit with a major turnaround in the second half.

NLEX also drew prolific performances from veteran JR Quiñahan and returning forward Calvin Oftana, who combined for 33 points in the second half after scoring just a total of 5 points in the first two periods.

Quiñahan did most of the damage in the third quarter, where he scored 12 of his 18 points as the Road Warriors entered the final frame trailing by just 5 points, 71-76, after being down 31-47 at the break.

Oftana – back on board after suffering an injured hand – then carried the scoring cudgels in the last canto by dropping 18 of his 20 points in the period, including the win-sealing foul shots with one-fourth of a second left.

“I’m very happy with the way we won because you can see the character of the team. We came back from 16 points. We fought until the end,” said NLEX head coach Yeng Guiao.

“So I look at it as a good sign of the character of this team.”

Don Trollano made his presence felt in the win with 15 points and 8 rebounds, while Justin Chua chimed in 13 points and 10 rebounds.

The Dyip, though, did not give up the fight despite their major collapse as they narrowed the gap to a whisker off an Ed Daquioag triple and a Juami Tiongson technical free throws, 102-103.

Joshua Munzon then forced a turnover against Chua to gain a crack at the game-winner, but he coughed up a costly turnover in the next possession.

Oftana calmly sank his charity shots to seal the deal.