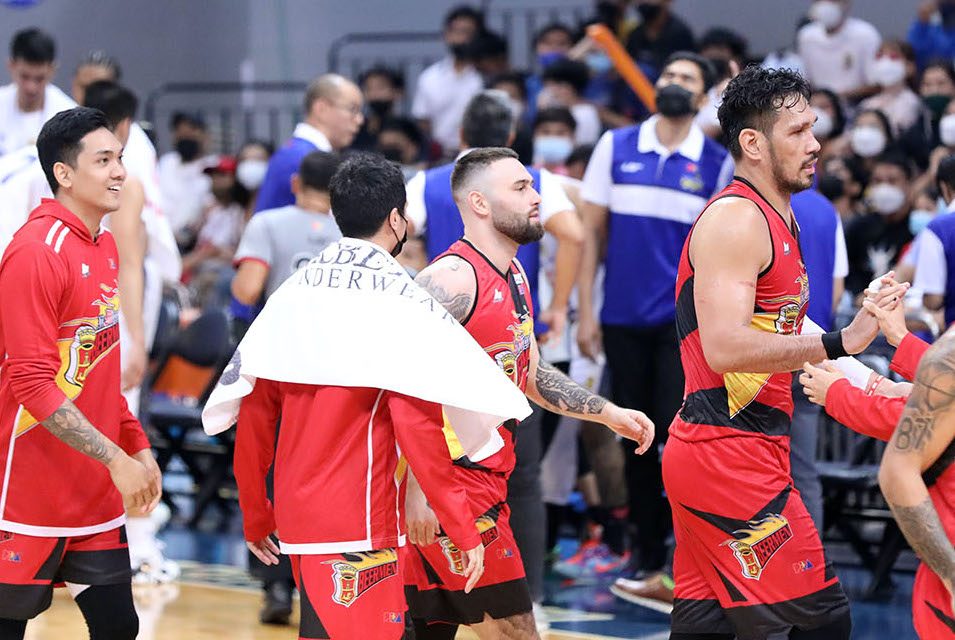 MANILA, Philippines – Robbie Herndon waited for his turn and made the most out of a rare opportunity.

Sidelined in the first two games of the PBA Philippine Cup finals, Herndon proved his worth as he keyed San Miguel to a 108-100 overtime win over TNT in the all-important Game 3 on Friday, August 26.

Only fielded in after Beermen stars CJ Perez and Marcio Lassiter fouled out late in the fourth quarter, Herndon still finished with 8 points and 4 rebounds in just eight minutes, including a pair of big shots in the extra period.

“I got all the players on my team and the coaches, they’re always telling me to stay ready. That is the important thing because you never know when your name is going to get called,” he said.

The fifth-year guard provided instant offense off the bench by hitting a triple that gave San Miguel a 94-90 lead, but he later committed a delay-of-game infraction that led to a costly bench technical.

Awarded with the technical free throw, the Tropang Giga knotted the score at 94-94 courtesy of Roger Pogoy and eventually sent the game to overtime.

But it did not take long for Herndon to atone for his blunder as he scored a layup and a three-pointer to start the extra period as he sparked a 12-3 run that enabled the Beermen to pull away.

“I had to make up for it so I was a little more motivated. It lit a fire in me because that was a big turnaround,” said the Filipino-American standout.

“We could have just gotten a stop and won the game, but instead my technical mistake gave them a free throw and we had to go to overtime.”

As much as Herndon made a strong case for more minutes after sitting out their last three games, he said his playing time is the last thing on his mind as long as San Miguel captures the crown.

“It feels good and it is a confidence booster in case [coach Leo Austria] decides to use me again going forward,” said Herndon, who won his first and only PBA title in the 2018 Governors’ Cup back when he still played for Magnolia.

For Herndon, a big game from a seldom-used player like him is just a testament to their depth.

“I’m not the only guy on the bench that could go on and produce. There are other guys on this team that are sitting on the bench but they’re really good basketball players too,” Herndon said.

“That is how strong our team is.”

Riding high after their two straight victories, the Beermen look to push the Tropang Giga to the ropes as they shoot for a commanding 3-1 lead on Sunday, August 28, at the Araneta Coliseum. – Rappler.com