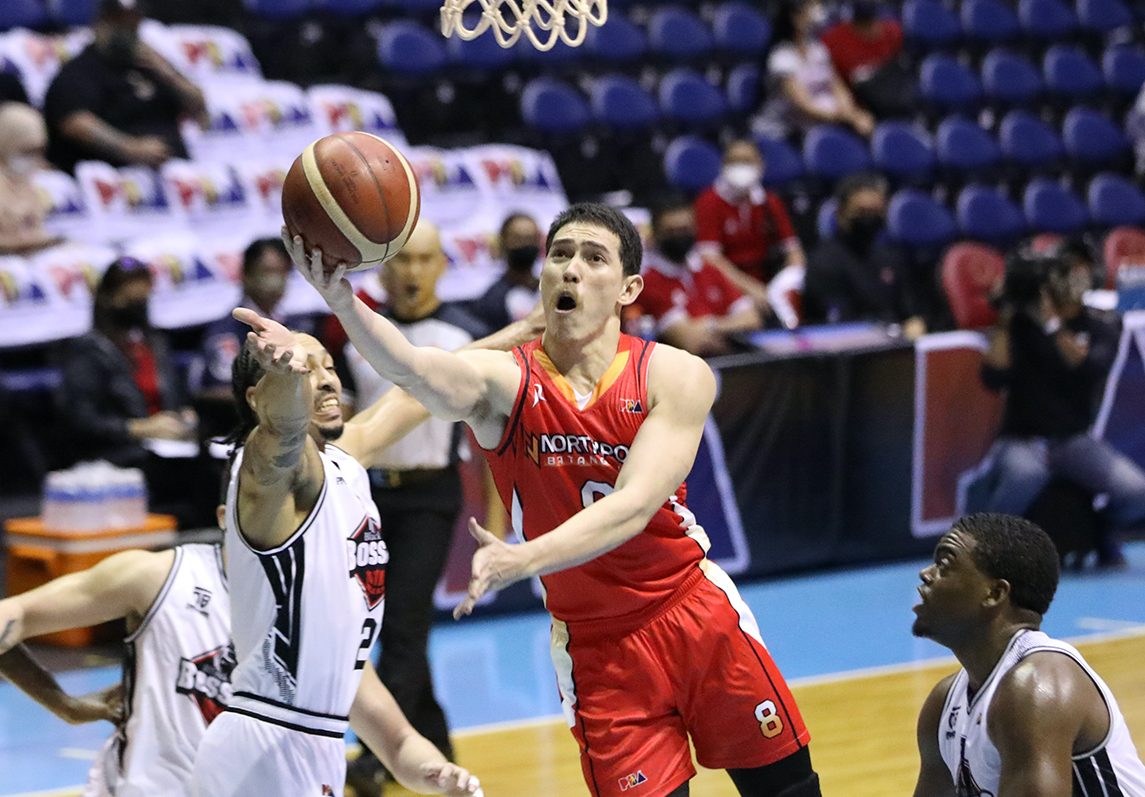 Another member of the Batang Pier earned the PBA Press Corps Player of the Week honors as Robert Bolick gave NorthPort a timely lift in its bid to catch the quarterfinals bus in the PBA Governors’ Cup.

Returning from his Gilas Pilipinas duty, Bolick averaged 25.5 points, 11.5 assists, and 9.0 rebounds in wins over Blackwater and Terrafirma that extended the Batang Pier win streak to five games.

The do-it-all guard won the citation for the period of March 2 to 6 and became the second Batang Pier player to be named Player of the Week after teammate Jamie Malonzo emerged victorious last week.

Missing two NorthPort games after reinforcing the national team in the FIBA World Cup Asian Qualifiers, Bolick made up for lost time as he delivered 30 points, 11 rebounds, and 6 assists in a 116-103 win over the Bossing.

Bolick then took on the role of a facilitator after dishing out a career-high 17 assists to go with 21 points and 7 rebounds in a 124-117 victory over the Dyip that saw the Batang Pier come back from 19 points down.

His 17 dimes are the most by any player since Kiefer Ravena tallied as many assists in the 2019 Governors’ Cup.

“Berto is Berto. He is the heart and soul of the team. His return is a blessing,” said NorthPort head coach Pido Jarencio in a mix of Filipino and English.

San Miguel star June Mar Fajardo and the NLEX pair of Kris Rosales and Kevin Alas also contended for the weekly honor being handed out by the men and women covering the PBA beat. – Rappler.com