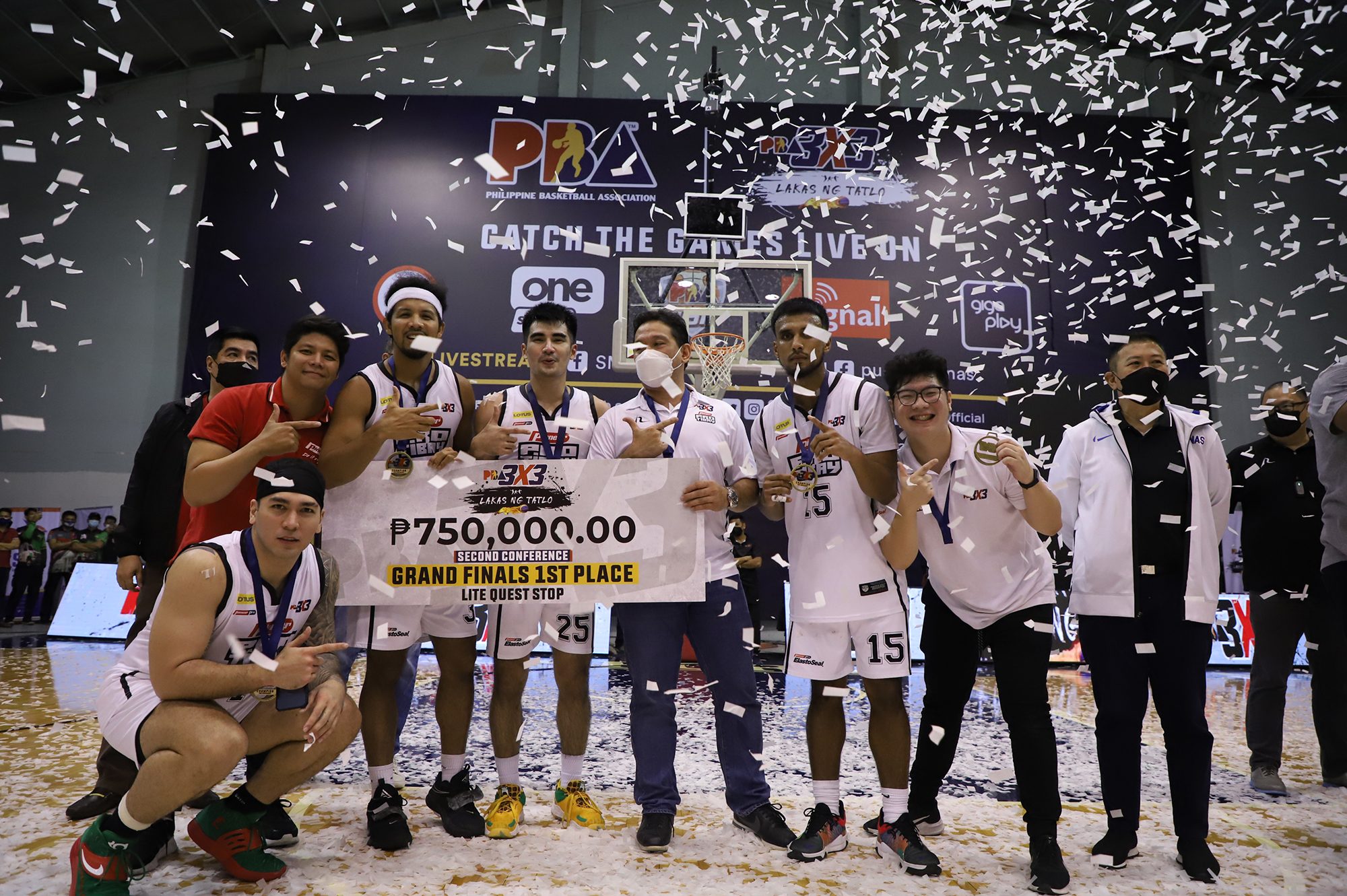 MANILA, Philippines – Pioneer Pro Tibay flexed their defensive chops on the way to copping the PBA 3×3 second conference Grand Finals championship with a 12-10 win against the Sista Super Sealers at Ynares Pasig on Wednesday, April 27.

Gian Abrigo’s and-one conversion with still 8:20 left in the 10-minute game capped the pivotal 6-1 Pioneer run that turned a 1-all tie to a big 7-2 gap.

Although Sista’s Joseph Manlangit spearheaded a 5-2 fightback to get within 7-9, the Super Sealers failed to tighten their hold on the game’s momentum as a short 3-0 burst by the Pro Tibay made it a 12-7 game with 3:33 left.

Sista again made one final rally to inch within 10-12, but Kenneth Mocon and Manlangit’s game-tying attempts from deep clanked off as Pioneer held on to win the franchise’s first PBA 3×3 championship in the Grand Finals, no less.

Christian Rivera led the way on offense and the boards with a 4-point, 5-rebound game as his team – also composed of Abrigo, Robin Roño, and Carlo Escalambre – banked a huge P750,000 prize for finishing at the top.

“We just wanted to win,” Rivera said after the game. “It was our third time being in the finals, and it’s true, third time’s the charm, and we just didn’t want to lose that game. We had all the support right here, so we really had to come out with the win.”

Pioneer’s Cinderella run started off with a huge upset of first-seeded Limitless Appmasters in a 16-14 overtime quarterfinal stunner, followed by another 16-14 overtime escape against Ginebra 3×3.

Sista settled for a P250,000 pot as the runner-up, while Ginebra’s players split P100,000 among themselves after beating TNT in the third-place game.

The Grand Finals leg was supposed to wrap up last Wednesday, April 20, but got postponed due to a fire breaking out near the Araneta Coliseum that engulfed the venue in smoke. The incident also postponed Game 6 of the PBA Governors’ Cup finals between now-champion Barangay Ginebra and runner-up Meralco.

League commissioner Willie Marcial shared after the game that after two conferences of holding tournaments in arenas like Ynares and Araneta, PBA 3×3 will move closer to the people with a shopping mall setup starting with the third conference. – Rappler.com