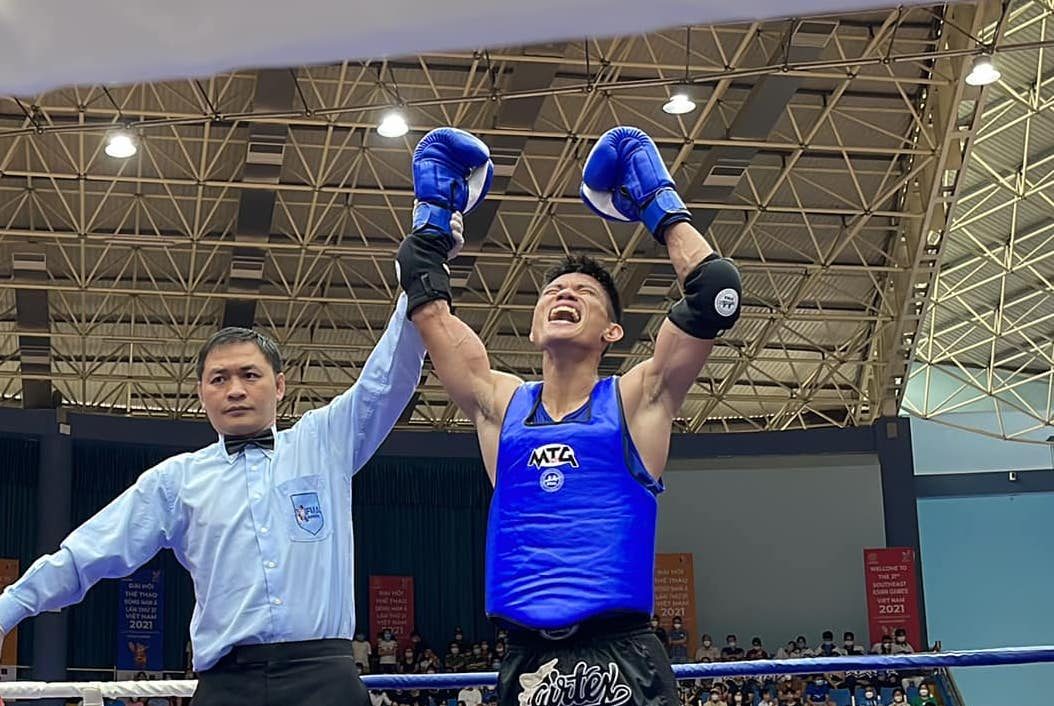 OVERTURNED. Phillip Delarmino adds a gold to the Philippines' haul in the Vietnam SEA Games.

MANILA, Philippines – Make that 52 gold medals for the Philippines to end the Southeast Asian Games in Vietnam.

Phillip Delarmino bagged the Philippines’ second muay thai gold after a successful protest in the men’s combat 57kg where he initially lost to home bet Nguyen Doan Long on Sunday, May 22.

The Muay Thai Association of the Philippines protested that Delarmino landed cleaner hits, prompting the organizers to overturn the result and give the gold to the Filipino.

With the win, Delarmino defended the gold he won in the 2019 SEA Games against the same Vietnamese foe.

The Philippines’ other muay thai gold came from the pair of Islay Erika Bomogao and Rhichein Yosorez, who ruled the women’s waikru mai muay.