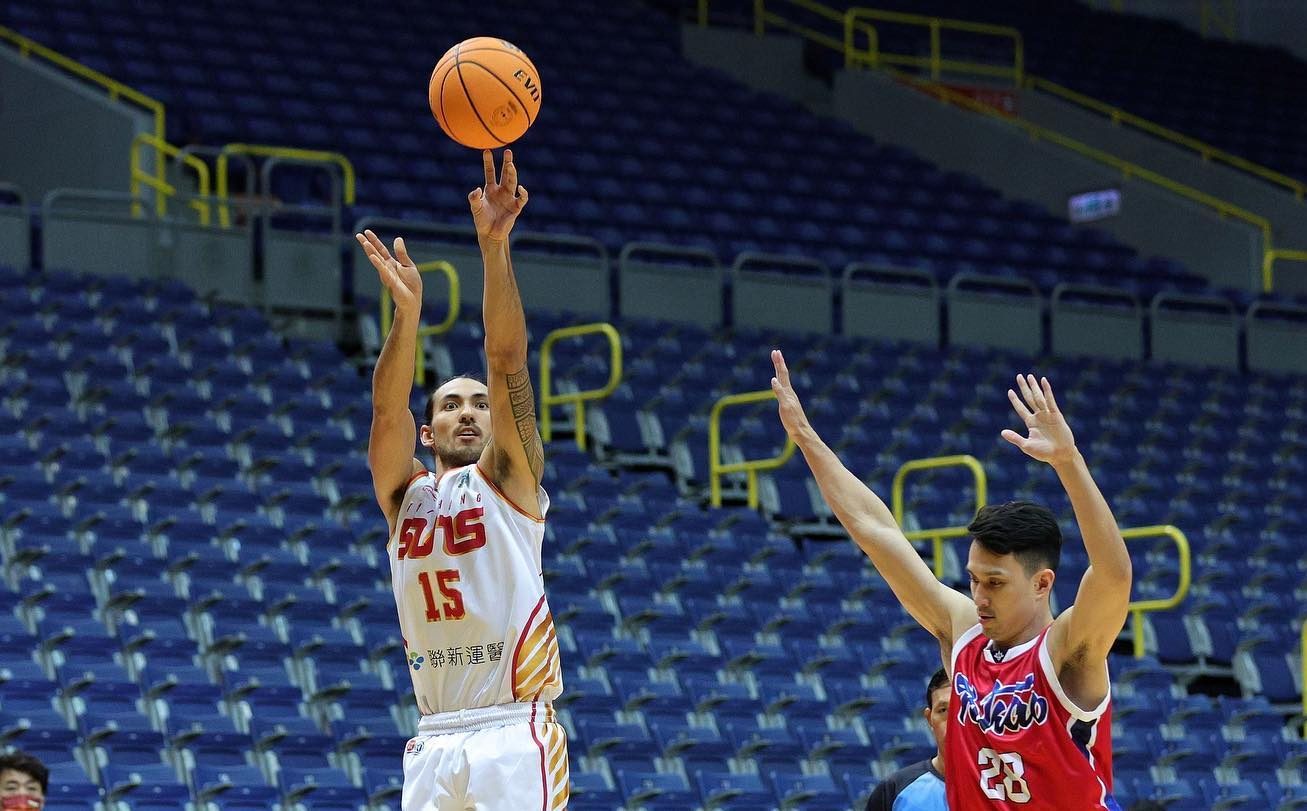 GUNNER. Jordan Heading sizzles for another 20-point-plus game for the Taichung Suns.

MANILA, Philippines – The Kaohsiung Aquas may be the No. 1 team in the T1 League in Taiwan, but they have yet to decipher the Taichung Suns’ code.

Taichung reasserted its mastery over Kaohsiung with a convincing 104-89 road victory on Friday, January 28, to stretch its winning streak to four games.

Gilas Pilipinas guard Jordan Heading delivered 28 points, 4 assists, and 3 rebounds as the Suns picked up their second win over the Aquas, who saw a five-game winning streak snapped.

Palestinian import Sani Sakini formed a terrifying inside-outside combination with Heading, churning out a game-high-tying 31 points for Taichung to go with 15 rebounds, 5 assists, and 2 steals.

The Suns led by just a whisker at the end of the maiden period, 23-22, before they pulled away in the middle quarters, where they outscored the Aquas 57-22 to build a comfortable 17-point cushion going into the final salvo.

Chen Ching-Huan and Ting Sheng-Ju also finished in double figures with 10 points apiece for Taichung, which improved to 6-5 for fourth place in the six-team tournament.

Filipino-American guard Jason Brickman chalked up all-around numbers of 7 points, 12 assists, 5 rebounds, and 2 steals for Kaohsiung, but the Suns clamped down on Hu Long-Mao, the Aquas’ top gunner, en route to the repeat triumph.

Hu, who usually topscores for Kaohsiung, was limited to 11 points in 31 minutes.

Lithuanian import Mindaugas Kupsas led the way in the loss with 31 points, 21 rebounds, and 4 steals as the Aquas dropped to 9-2 in the standings, with both of their defeats coming at the hands of Taichung.

Still, Kaohsiung remained at the top spot ahead of the New Taipei CTBC DEA (7-5) and Taiwan Beer HeroBears (6-4).

The Suns and the Aquas return to action on Sunday, January 30, to face the Tainan TSG GhostHawks and the HeroBears, respectively. – Rappler.com