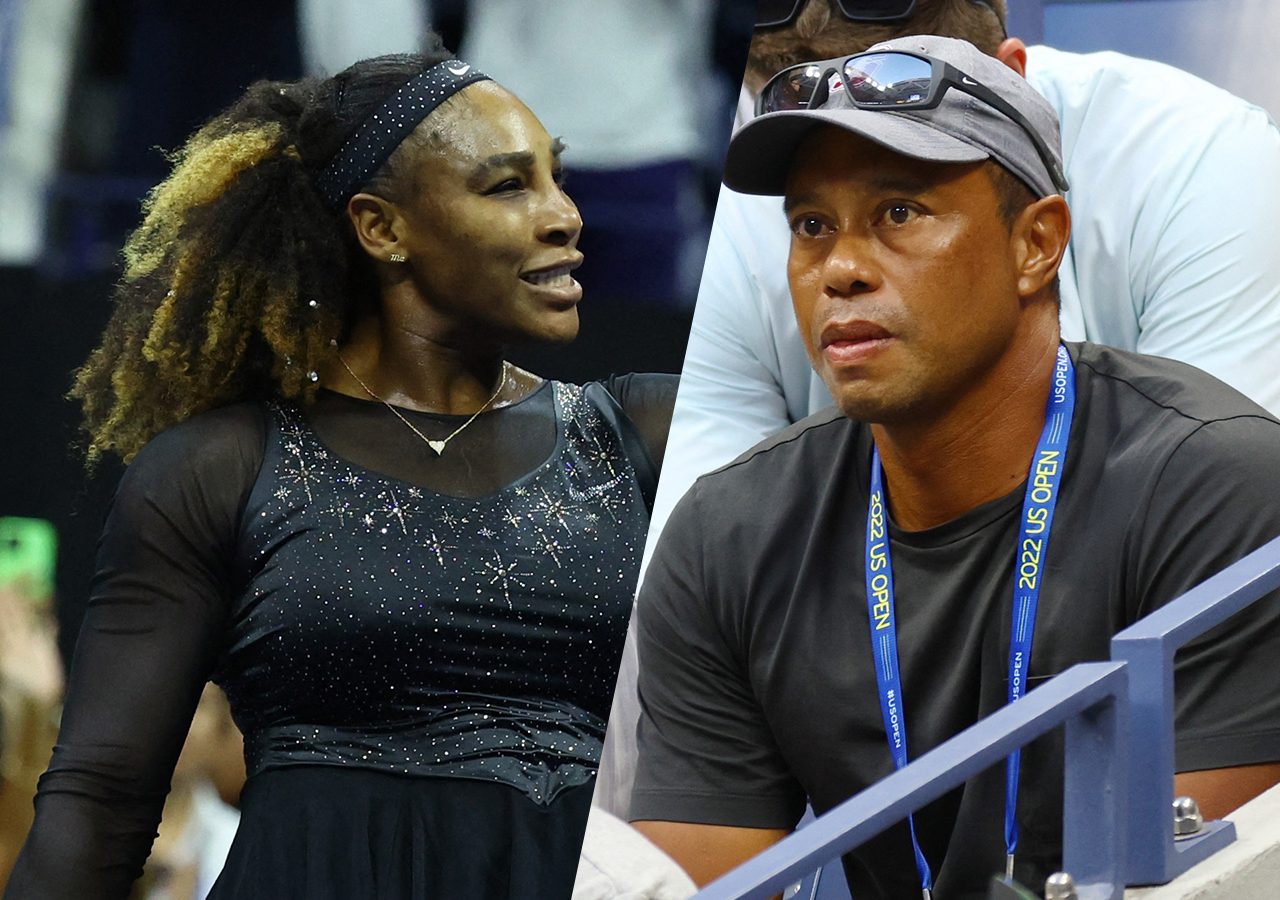 LEGENDS. Serena Williams and Tiger Woods are among the greatest athletes of all-time.

NEW YORK,USA – Serena Williams credited Tiger Woods on Wednesday, August 31, as one of the main reasons she was still playing tennis and had the golf great on his feet during her stunning win over world No. 2 Anett Kontaveit to reach the third round of the US Open.

Woods, like Williams considered to be the GOAT (Greatest of All-Time) in his sport, cheered her on from the stands at Flushing Meadows in what is expected to be her final tournament.

Perhaps more than any other athlete, the winner of 15 golf majors can relate to what Williams, is going through as she wrestles with the idea of impending retirement while trying for one more shot at Grand Slam glory.

Woods has turned comebacks into an art form in a career spent defying the odds. In April, he made perhaps his biggest comeback when he returned to competition at the Masters just 14 months after a car crash that had doctors considering the possibility of amputating his right leg.

“So we talked a lot. He was really trying to get me motivated.

“There’s a few people, but we were like, Okay, we can do this together, you know?”

Both records seem out of reach although Williams with her win over Kontaveit moves into the third round with a chance of writing a fairytale ending to her career.

Woods has already shown anything is possible when he ended an 11-year major title drought at the 2019 Masters to claim a fifth Green Jacket.

“I didn’t know what I wanted to do,” said Williams, who signaled her intention to retire earlier this month.

“I was just lost, so many questions,” she said.

“When you can rely on someone like that, I mean, my goodness, he’s Tiger Woods, it was really helpful to get clarity.”

Having been world No. 1 for 319 weeks, Williams arrived in New York ranked below 600, unseeded and with just a single match win from three events coming into the season’s final Grand Slam.

But Williams delivered a very Tiger-esque effort, tapping into her famous fighting spirit to register an impressive win.

“It was a privilege to watch greatness,” tweeted Woods. “Congrats @serenawilliams.”