TEAM PLAYER. Wise says he is willing to do whatever Blacklist International needs as they move on the cusp of history.

JAKARTA, Indonesia – Call it boring, but it works. 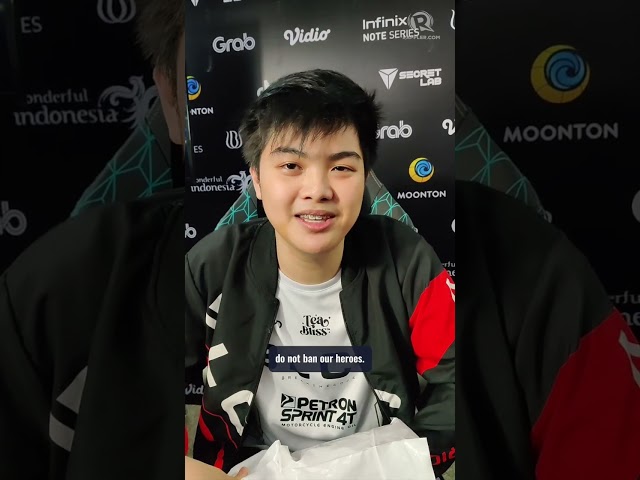 Wise and Blacklist International look to make history when they face Echo in an all-Filipino finale set on Sunday, January 15, with a chance to become the first team in Mobile Legends esports history to win back-to-back world titles.

“I understand why they get bored because we’ve been in the scene for two years, and in those two years, we’re always competing in international tournaments and we always reach the grand finals,” said Wise in Filipino.

“Our strategy has been pretty much the same so I understand why they feel it is repetitive and they get bored. But I hope they also understand because opposing teams do not ban our heroes.”

While Wise often gets flak for not using heroes which require exceptional mechanical skills like assassins and marksmen, he said he is willing to do whatever the team needs.

He has yet to play any of the assassin and marksman heroes in M4 as Wise earned the game MVP honors just twice going into the grand finals.

Out of 19 matches, the heroes Wise used revolved around Valentina, Kaja, Baxia, Aldous, Barats, Fredrinn, and Akai – all tanks, fighters, and mages.

“Whoever wins the MVP does not matter to me. This is a team effort,” he said.

The 22-year-old said winning a second straight world championship would be a dream come true.

“I only expected myself to play in the local league. I did not expect to win championships and we’re back in the grand finals.” – Rappler.com