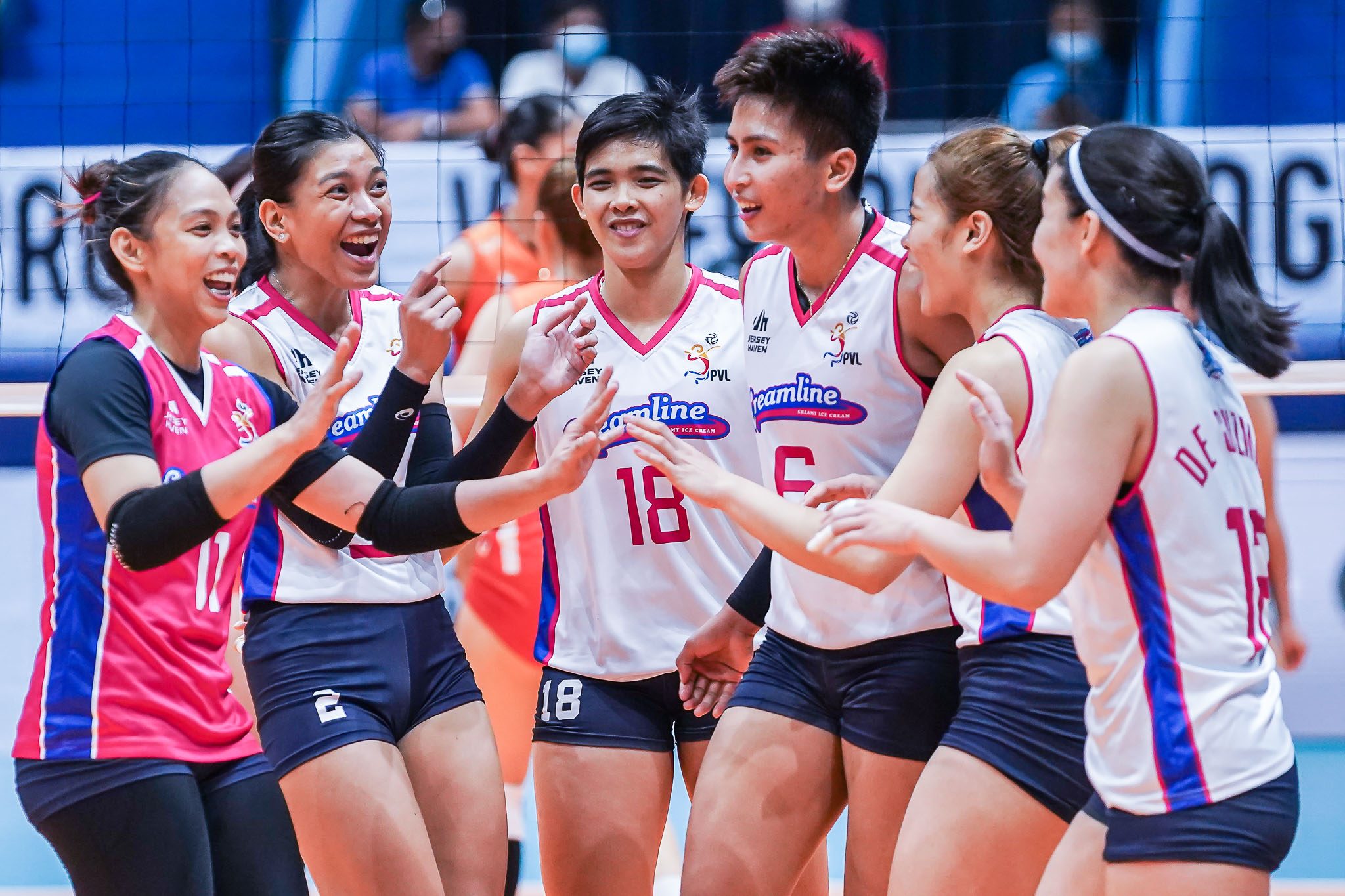 With its tormentors from last year’s conference now out of the way, undefeated Creamline can now shift its scouting reports to its possible semifinals foes, the PLDT High Speed Hitters and the twice-to-beat Choco Mucho Flying Titans.

Tots Carlos led all scorers anew in the balanced attack with 17 points off 16 attacks plus 16 excellent digs, while Pangs Panaga broke out with a game-high 3 blocks, and 15 markers overall.

Jema Galanza likewise brought her A-game with 16 points off 14 attacks plus 9 excellent digs while Alyssa Valdez shined in a support role with 11 markers.

Chery Tiggo looked dead in the water after going down, 20-23, in the third set while already behind two frames. However, the bench combo of Joy Dacoron and EJ Laure came out of nowhere with a 5-0 run to steal the frame, 25-23.

Feeding off their sudden momentum, the Crossovers fought point for point, and were only down one, 17-18, after a Shaya Adorador off-speed score. But Panaga delivered clutch back-to-back hits to spike up a crucial 3-0 burst for the 21-17 lead.

That small rally was more than enough for Carlos to take over, and force match point, before Panaga delivered the final killing blow on Chery Tiggo’s title reign.

“We expected that it won’t be an easy game, especially since they were the defending champions” said assistant coach Sherwin Meneses in Filipino after the game. “Thankfully, we recovered well from their comeback in the third set.”

Mylene Paat, bad leg and all, paced the reign-ending loss for Chery Tiggo with 11 points. Laure came off the bench for 9 markers, while Dacoron chipped in 4 in just the last two sets.

As Creamline moves up the ladder with the league set to crown a new champion, Chery Tiggo will now move down to the classification stage, tentatively set to start on Friday, April 1. – Rappler.com