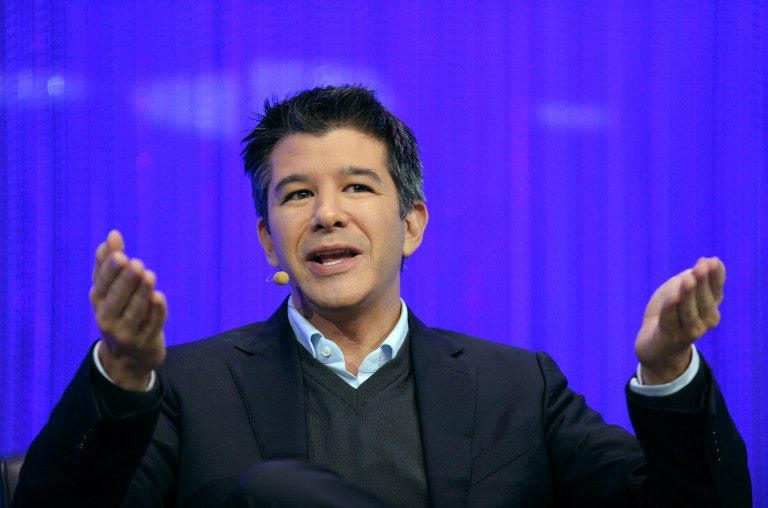 Facebook Twitter Copy URL
Copied
'If we are going to work on Uber 2.0, I also need to work on Travis 2.0 to become the leader that this company needs and that you deserve,' the Uber CEO writes in an email to employees

“It’s hard to put a timeline on this – it may be shorter or longer than we might expect,” the 40-year-old Kalanick said in an email to Uber employees.

“If we are going to work on Uber 2.0, I also need to work on Travis 2.0 to become the leader that this company needs and that you deserve.”

Kalanick said one of the reasons for his stepping aside was the recent death of his mother, explaining that “I need to take some time off of the day-to-day to grieve” and “to reflect, to work on myself, and to focus on building out a world-class leadership team.”

Uber simultaneously released a 13-page document calling for major reforms at the company based on a probe led by former US attorney general Eric Holder, who investigated allegations of misconduct and ethical lapses.

The report, recommendations of which were adopted by the board, said Uber “should reformulate its written cultural values because it is vital that they reflect more inclusive and positive behaviors.”

It said this should be based on “values that are more inclusive and contribute to a collaborative environment, including emphasizing teamwork and mutual respect, and incorporating diversity and inclusiveness as a key cultural value, not just as an end in itself, but as a fundamental aspect of doing good business.”

The Holder investigation was aimed at cleaning up a corporate culture marred by accusations of harassment, discrimination, and cutthroat practices to thwart rivals and evade regulators.

Uber has been facing pressure to rein in a no-holds-barred management style led by Kalanick and to reform its workplace culture.

It also faces questions about its covert use of law enforcement-evading software and tactics apparently aimed at disrupting rivals in the ridesharing business. – Rappler.com