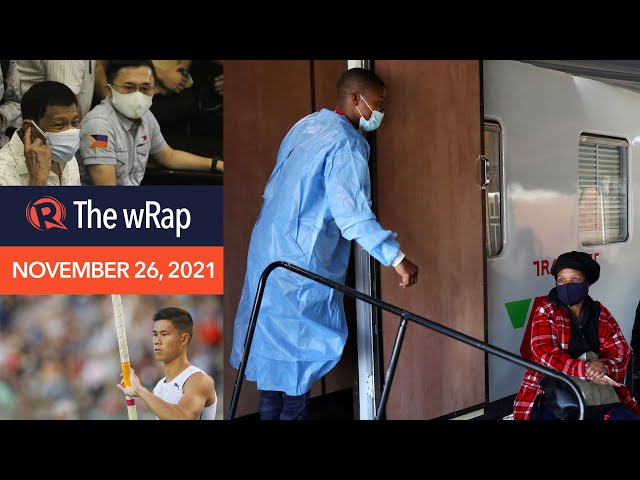 South Africa detects a new COVID-19 variant in small numbers and are working to understand its potential implications.

Presidential aspirant and Senator Bong Go expresses some doubts about his presidential bid in a Malacañang meeting with governors.