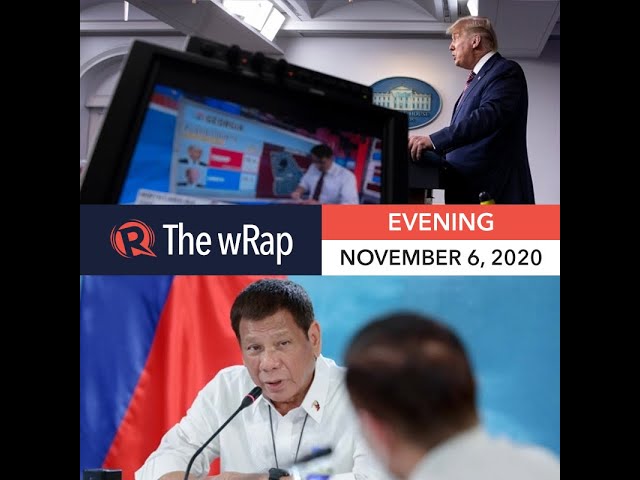 US networks cut away from President Donald Trump’s live conference and call him out over his false claims on electoral fraud.

At least 4 Filipino-American candidates vie for public office in the 2020 US elections, promising to boost underrepresented sectors.

Presidential Spokesman Harry Roque defends President Rodrigo Duterte after he calls the Philippine Red Cross ‘mukhang pera’ in light of the organization’s demands for PhilHealth to settle its debts.

Ex-general Carlito Galvez Jr is now the vaccine czar. He will be in charge of everything that concerns the COVID-19 vaccine.