[OPINION] Collaborating and compromising for the common good Facebook Twitter Copy URL
Copied
'For a good number of us, no one presidential candidate ticks off all our boxes'

Communal discernment is a spiritual practice and a resource for all voters, grounded in the common good. We vote in solidarity, for the good of everyone, especially the most vulnerable.

However, for a good number of us, no one presidential candidate ticks off all our boxes: one candidate might have a good plan to respond to the pandemic but has a questionable position on mining and the environment. Another might have a solid platform against corruption but has plans that will continue to harm the LGBTQ+ community. With the many contradictory options set before us, our discernment has to be done in the spirit of collaboration and compromise with the common good in mind. I. Entering into communal discernment

Ignatius of Loyola and the first Jesuits encountered challenges in discernment themselves. Their communal discernment took place over several days of prayer and discussions, with many disagreements. As one of the first Jesuits recounted, “when it came to the question of which means would be more efficacious and more fruitful, both for ourselves and for our neighbor, there was a plurality of views.” Similarly, even our own revolutionaries were met with a plurality of views on how to fight Spanish colonization. While we might all want the common good for this country, how the common good takes shape and the means to attain it appear in many different perspectives.

In communal discernment based on the Spiritual Exercises, the first Jesuits emphasized the need for self-examination, meditation, and prayer directed to attain certain attitudes which free the mind and heart for seeking the truth and letting go of disordered attachments and biases. This is at the heart of Ignatian spirituality – an inner freedom that allows the person to make decisions not out of fear, anxiety, or anger, but out of love.

A person discerning has to be well-informed about the issues surrounding their discernment and to really understand what the alternatives actually mean. They then consider these options only “in so far as they help towards one’s end,” and in communal discernment, only towards the common good. It is with these dispositions that the first Jesuits entered into dialogue with one another and made decisions together – an interior freedom that has been informed and listened to alternatives.

In highlighting them here, we see these dispositions as invaluable for collaboration and compromise in our own communal discernment for the coming elections – compromising in their willingness to achieve the common good, and not compromising by dictating their own good. Our invitation is for you to come into discernment with these dispositions in mind – to vote not based on fear, anxiety, or anger, but out of love and for the common good; to vote with an interior freedom that has let go of attachments that cloud our vision of the truth; to see past the disinformation and to actually take the time to inform ourselves about the many issues that inform our vote; and to actually listen to other voices beyond our usual echo chambers. 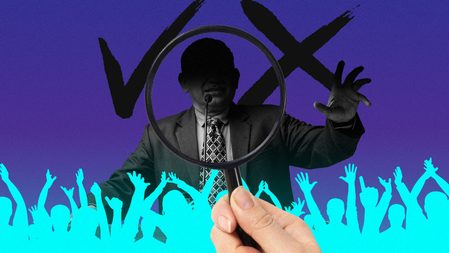 With the plurality of views that are before us, we have to discern with this interior freedom and in light of the common good. We choose platforms and leaders only in as much as they help us attain the common good in the long run. Discernment invites a person to choose what genuinely considers the well-being of all – understanding that goods are interconnected and that the work to build the common good is not just dependent on one person but on the people’s participation, and that this work is a continuous process given our human limitations and shortcomings. Using the measure of the common good, we ask certain questions to help weigh which disagreements are non-negotiable, and which ones we can still compromise on:

Which disagreements violate the common good (which include individual flourishing) in irreparable ways: disagreements that demean life – human or non-human – or encourage vices rather than virtues and values? Which disagreements create systems and structures that encourage us to think and value “what’s in it for me” without thinking of how one’s decisions would affect others? These disagreements, these forms of compromise in the face of injustice, should be rejected.

Which disagreements ask us to sacrifice in the short term, but can be collaborated on in the long term? This might be something we can compromise on – provided that the risks and sacrifices are shouldered equitably and not just imposed upon one group of people, especially if that group is vulnerable or marginalized. And so we need to ask the next question:

Who can we work and dialogue with on these disagreements? Who allows for this dialogue to happen? Who will listen and actually take the various needs into consideration in a healthy compromise where the long-term common good is achieved? When we listen to the candidates, whose vision allows for a “we” and not just an “I” when they speak of the plans to move our country forward, since the common good is about these connected interests? Whose policy stances offer room for dialogue and conversation, rather than just their ideas being the final say on the matter? Whose platform allows for collaboration in dialogue among diverse groups, rather than a covering up of injustice and the truth, under the pretense of respect and unity?

Discernment as a spiritual practice sets up the stage for everyone to enter into helpful dispositions, to face important questions, and to vote freely for the common good. Our listening and careful consideration of the many visions before us is invaluable in how we vote in May, and how we continue to work for a better country beyond the elections. – Rappler.com

Raphael Yabut is a graduate student of theology and education at Boston College, USA. He has taught undergraduate theology at the Ateneo de Manila University. Follow him on Twitter @yabsyabuts.