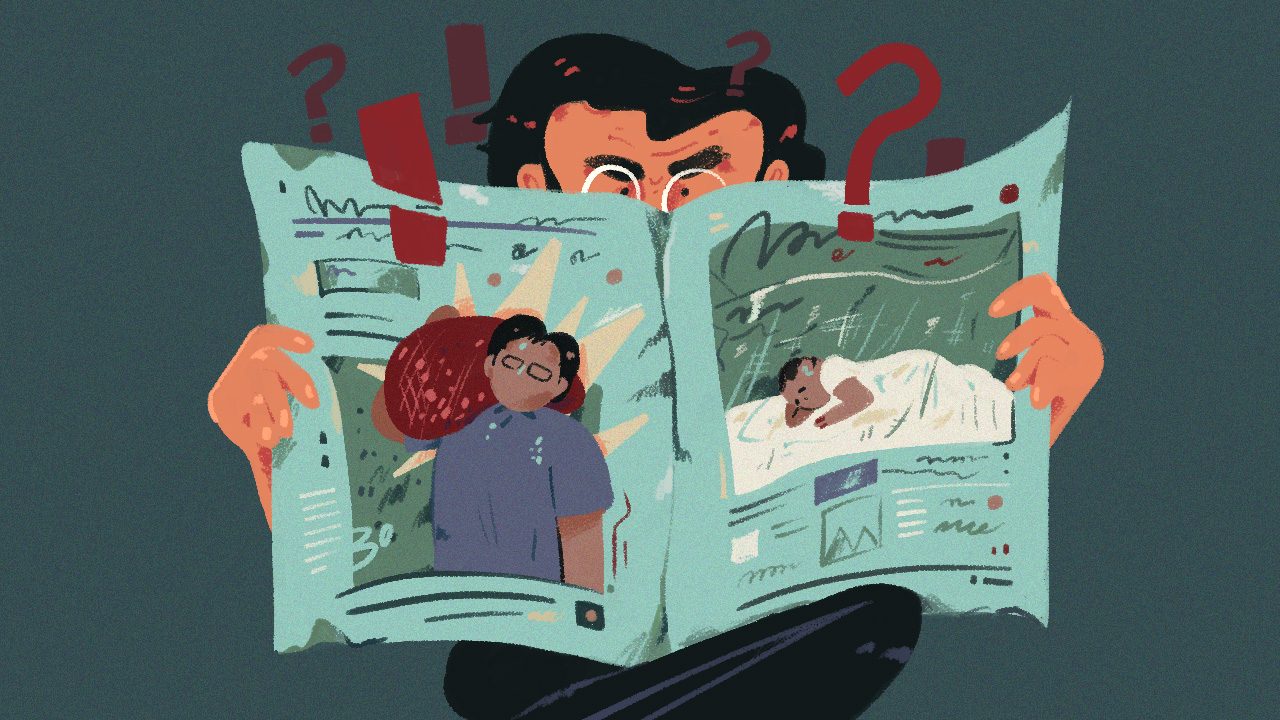 Facebook Twitter Copy URL
Copied
'As a news outlet, did they really have to post the photos and make a report about it? What part of it did they think was news? What was in it for the readers?'

It all looked organic at first: a photo of a public official riding a jeep in a plain white shirt, jeans, and casual shoes. Then, photos of the same public official at a wet market looking for fish, crab, and shrimp while carrying a red plastic bag – a true palengkero.

For teleserye standards, this was a winning plot.

“Scoop!” the Facebook post said. “Chief Presidential Legal Counsel Salvador Panelo is seen onboard a jeepney on Sunday, March 7, 2021, reportedly on his way to Agora public market in San Juan City. The photograph was taken by another commuter. Sources said Panelo decided to take the public utility jeepney to see for himself if health protocols are being followed in public transport.”

The Facebook post also linked to a news report on Manila Bulletin’s website with the headline, “Panelo rides jeepney, goes to public market to see if health protocols are being followed.”

Occurrences like these would usually pop up in the months leading up to the elections. It doesn’t take much to figure out why. But what’s problematic is how the media still reports them as real news to this day.

The Manila Bulletin report said that an anonymous commuter had sent the photos to them. But I wonder: As a news outlet, did they really have to post the photos and make a report about it? What part of it did they think was news? What was in it for the readers? Every news report aims to inform the public, so what did this particular piece inform us on?

This kind of faulty reporting happens not only in countries with weaker democratic institutions like the Philippines; it also ails the first world. In the US, for example, the New York Times published a report in July last year about how several Russia-linked “intelligence agencies” had been pushing coronavirus-related disinformation during the pandemic. These pieces were published on Russian government-controlled websites, which the Times then named in their report.

These websites only had a few thousand followers; they were just among the thousands of bogus websites on the internet. But because the Times reported on their malicious activities and posted this report on their official social media accounts (the Times has more than 49.5 million followers on Twitter and more than 17 million followers on Facebook), the world’s largest newspaper basically amplified the messages these disinformation sources were trying to spread.

This is where the problem lies – when the government knows they can bank on journalists’ appetite for scoops to magnify their campaigns in the guise of news.

Fortunately, more and more netizens are being more skeptical. In the comments section of the Panelo Facebook post, one user commented, “Ang daming time ng ‘commuter,’ sinundan siya hanggang pamamalengke,” and added the hashtag #huwagkami. Another said, “Okay, sige, kunwari ‘di namin alam na scripted.” Yet another wrote, “Wow another media publicity [stunt]. Truly election time is fast approaching. Vote wisely. Don’t be [deceived] by make-believe dramas and actions like this.” He ended the message with a laughing emoji.

Whether the press admits it or not, their coverage of these stunts helps push public officials’ agenda, and this is a form of disinformation. Journalists, of all people, should not be contributing to the spread of unverified “scoops” disguised as organic stories.

We are now 14 months away from the 2022 presidential elections. Journalists should already know by now that public officials and other aspiring politicians are out there in the wild, fangs out, aiming to be king of the information jungle. But this information jungle should instead be the territory of truth-tellers. This is where journalists should be king. – Rappler.com