Facebook Twitter Copy URL
Copied
'More institutions in the Philippines should commit to fully divest from all financing of coal, the dirtiest energy source that also has the largest share in the country’s energy mix'

The year 2021 saw notable steps towards ending the era of fossil fuels. This is a necessary move to address the climate crisis and ecological degradation, which impacts our pursuit of sustainable development.

Among these steps represent significant progress in the Philippines or elsewhere for fossil fuel divestment. This involves applying pressure on institutions to withdraw their financial assets from companies involved in extracting dirty energy, and invest them in renewable energy (RE) and other sustainable ventures.

A year in review

As of last year, a total of 1,485 institutions have announced their commitment to partially or fully divest from fossil fuels. They represent $39.2 trillion worth of assets, equivalent to the combined economies of China and the United States.

Faith-based organizations represent 35% of global divestment commitments, more than any other sector. These include the Catholic Bishops’ Conference of the Philippines and Caritas Pilipinas, both of whom have announced their intent to end their support for dirty energy.

Educational institutions have collectively made the next highest share of divestment pledges (15%), followed by philanthropic foundations (13%), pension funds (12%), and governments (11%). Corporations, 100 of whom are responsible for 71% of all GHGs ever emitted, only represent less than 9% of all divested funds.

For a decade, many feared that divestment would cause huge economic losses. However, evidence shows that major financing institutions are accepting the reality that it is actually investing in fossil fuels that would lead to said outcome.

Royal Dutch Shell, an oil and gas producer, was court-ordered to reduce its carbon dioxide emissions by 45% by 2030. Its previous pension funder, ABP of the Netherlands, announced last October that it would divest more than $17 billion worth of fossil fuel assets by 2023. In the Philippines, a few corporations announced new targets related to divestment from coal in 2021. Last July, San Miguel Corporation stated it would shift from building new coal facilities to accelerate its move into renewable energy (RE). Meanwhile, the energy unit of Ayala Corporation pledged to transition its portfolio towards 100% renewable energy (RE) by 2025.

The Bank of the Philippine Islands (BPI), also led by the Ayala Group, committed to stop all lending to coal power projects by 2033. It follows the lead of Rizal Commercial Banking Corporation (RCBC), which announced its refusal to fund coal in December 2020.

Two of the country’s biggest power generators have also committed for more RE-heavy portfolios. Aboitiz Power pledged last year to increasing its clean energy portfolio to 4,600 megawatts by 2030 without new coal plants, aiming for a 50-50 split between RE and thermal plants under its group. Energy Development Corporation, the nation’s biggest 100% RE company, also took steps to enhance its geothermal capacity and bring the energy sector towards a carbon-neutral future.

While notable developments occurred for divestment, these are still far from enough. 2021 was observed as the sixth hottest year on record, while the world is still projected to exceed 1.5 degrees Celsius of global warming within the next two decades. This would lead to huge loss and damage for the Philippines, one of the most vulnerable nations to the climate crisis and has the second most expensive electricity rate in Asia.

It is important to remember that divestment is not the only solution. It is one key step on an overall journey on the road to genuine sustainability, but it is only one step. Divestment itself is not an overnight process; it generally takes years to complete and for its impacts to be felt. Other solutions, from protecting biodiversity and ecosystems to avoiding wasteful consumption of food, water, and other resources, must be implemented effectively as well.

Yet the role of divestment cannot be understated, a movement that directly tackles the funding support that has kept fossil fuel industries dominating for far too long. Moving forward, efforts must be scaled up across all stakeholders to continue pressuring institutions to leave dirty energy behind. Firstly, more institutions in the Philippines should commit to fully divest from all financing of coal, the dirtiest energy source that also has the largest share in the country’s energy mix. This must come with not only targets and timelines, but also concrete plans and policies to stop lending funds for coal projects and shift their portfolios towards RE-dominant ones.

Secondly, investors and institutions alike must adopt plans for net-zero emissions, where the pollution their activities cause would be at least offset by actions to remove them from our environment. For banks and corporations, these need to include cutting investments in fossil fuels and just transition plans to quickly reduce emissions to address the climate crisis. Aboitiz Power is expected to announce its own net-zero blueprint within the first half of 2022.

Thirdly, shareholders should influence the management of their funding entities to pursue more sustainable policies and portfolios. For instance, most of the Philippines’s 15 largest banks still lack any commitments involving divestment from dirty energy. Lessons can be learned from the case of ExxonMobil, one of the world’s largest oil companies, which saw three of its board seats taken over last year by an activist hedge fund calling for a more climate-aligned transition plan. 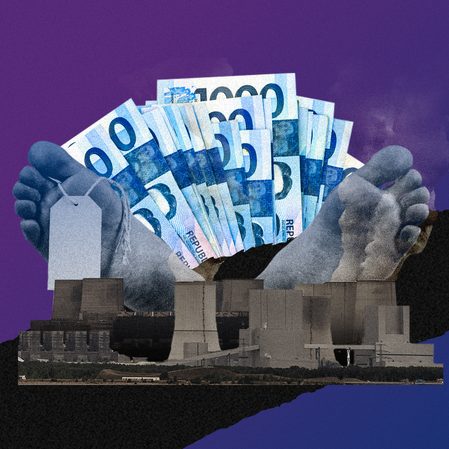 Lastly, we need our governments to create a more favorable environment for businesses and other institutions to leave dirty energy behind. In the Philippines, the Duterte administration fell short of ending our dependence on coal, with proponents pushing for natural gas as a transition fuel before RE. These could be rectified by ensuring that we elect candidates who will prioritize the green agenda in the upcoming elections.

For the sake of our common home and both our individual and collective well-beings, it has never been more vital to invest in our future. – Rappler.com

John Leo is the Deputy Executive Director for Programs and Campaigns of Living Laudato Si’ Philippines. He has been representing Philippine civil society in regional and global UN conferences on climate and the environment since 2017. He is a climate and environment journalist since 2016.