Gabriel Boric, a former student activist branded as a communist by his opponents, won the Chilean presidential election on December 19. At 35, Boric beat Jose Antonio Kast, a 55-year-old far-right lawyer whose campaign was anchored on conservative ideologies and people’s crime and disorder concerns. While news about Boric’s victory generally underscored the triumph of the Left, his election also signified the realization of the power of the youth, who cast their support for Boric’s call for equity and social justice. Boric became the champion of disgruntled millennials’ demand for lower costs of living, minimum wage increase, and better public education and health care.

Boric also represented the youth’s desire for genuine change as he advocated for a tax increase on mining companies (Chile is the world’s leading copper producer) and the dismantling of the private pension system. This system, introduced by Chile’s former dictator Augusto Pinochet in the 1980s, was believed to have benefitted pension fund administrators instead of its supposed beneficiaries. Within these contexts, one would observe how populist sentiments propelled Boric’s popularity — his campaign underscored people’s anger toward the wealthy who have long enjoyed the government’s neoliberal policies and their unending demand for improved public services. Also instrumental to Boric’s successful presidential run is the rock-solid support from Chilean women groups and the LGBTQ+ community. He expressed his gratitude to them in his victory speech, recognizing how they organized themselves to defend their rights.

Although presidential campaign messages in the Philippines do not necessarily represent candidates’ commitment to left or right policies, we can learn a thing or two from Chile’s millennial victory over a pro-authoritarian presidential candidate.

First, although the populist greedy-elite-versus-impoverished-masses trope contributed massively to the rise of fascist leaders like our own Rodrigo Duterte, Chile has shown that the people may also harness populism’s energy to continue demanding progress and social reforms. Suppose those demands buoyed Duterte to presidency in 2016. In that case, the people must not hesitate to demand the same, especially when the sitting president falls short on his promises of transformation that all will feel. The upcoming election offers an opportune time to put into good use populism’s power to forge unity and bring about genuine change.

Second, the youth’s participation in politics matters. The Commission on Elections reported that out of the 60.46 million Filipinos registered last July 2021, 31.4 million were young Filipinos. This number translates to 52% of the total voting population. As a nation with a young population, the youth can play a critical role in selecting leaders who can truly shepherd meaningful changes to our country.

Youth told: Voting in 2022 is your ‘ambag’ to nation-building 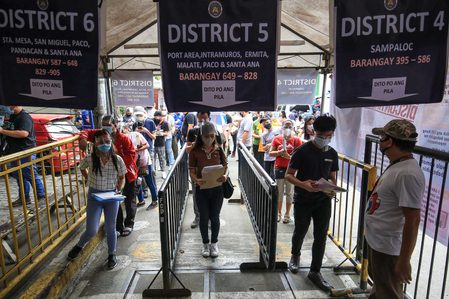 Young Filipinos may draw inspiration from the Chilean youth’s involvement in their country’s recent elections. The Chilean youth demonstrated the possibility of becoming a unified political force by advocating demands that may transcend socioeconomic class and religion, such as better education, equal employment opportunities, health and financial security, and good governance.

Chile has also shown how women and LGBTQ+ groups’ can help dictate election results. Fearing that a conservative presidency would reverse Chile’s significant strides in promoting a gender-equal society, women and LGBTQ+ groups campaigned and voted for the progressive Boric. Boric has publicly campaigned for their safety and welfare and used gender-neutral language in conversing with his supporters. Perhaps, the mindset was, rallying around a leader who has advocated for their rights could increase the likelihood of having a government that listens to their concerns and responds to their needs.

As we go to the polls to choose the next leader to guide our nation for the next six years, may we be inspired by Boric’s victory in Chile. Because if the Chileans did it, we can too. – Rappler.com

Fernan Talamayan is a PhD candidate at the Institute of Social Research and Cultural Studies, National Yang Ming Chiao Tung University, Taiwan. His dissertation project investigates the populist logic and political language game in the Philippines.