Facebook Twitter Copy URL
Copied
'What happened to the clamor against Sara Duterte and her father’s war on drugs that has claimed upwards of 30,000 lives – a count that surpasses that of Ferdinand Marcos’?'

It’s been a month since the 2022 national elections, and at this point, the Philippines is set to have Bongbong Marcos sit as president come July 2022. Despite leading the pre-electoral surveys and subsequently winning the presidency by a landslide, many Filipino citizens clamored against Bongbong’s presidency because of his unwillingness to acknowledge any wrongdoings of his family during the Martial Law era. In short, the fact that accountability remained elusive for the Marcoses and Bongbong’s run for presidency shows that they would continue to be protected from any form of justice.

Leading up to elections and shortly after, we felt the protest of a Filipino collective against the Marcoses. We saw it all over social media and the news; we heard it in interpersonal conversations and possibly even engaged in such talk:

“We cannot allow Bongbong Marcos to sit as president after his father’s regime killed, tortured, and imprisoned tens of thousands of students, activists, civil leaders, and oppositional politicians.”

Corruption aside, which is another major issue with the Marcoses, the talk surrounding the Martial Law victims was the major counter-discourse against legitimizing Bongbong as our highest-elected government official.

Personally, I agree with all of these sentiments. I do believe that given the Marcos’ family history of corruption and human rights violations, having Bongbong sit as president is frightening. In a way, his winning implies a legitimization of historical revisionism and an absolving of their past crimes. In fact, he even stated that one of his major goals as president would be to clear his family’s name, which in turn would create an alternative and falsified history of our country. Due to this, continuing to engage in this type of counter-discourse is important so that the atrocities done in Marcos’ name are not forgotten.

However, a majority of those that oppose the Marcoses seem to have hyper-focused on Bongbong’s presidential run and let Sarah Duterte’s run for vice president slide. The pair of candidates have an eerie similarity between them – they are both children of strongmen presidents with a record of tens of thousands of human rights violations. The collective protest against Bongbong’s presidency was strong and anchored on the family’s history of corruption and human rights violations, but what happened to the clamor against Sara Duterte and her father’s war on drugs that has claimed upwards of 30,000 lives – a count that surpasses that of Ferdinand Marcos’? 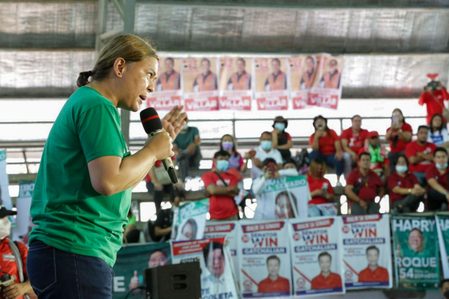 Prior to the spread of fake news about Martial Law, those victimized by Ferdinand Marcos’ regime had been positioned as upstanding members of society by the Filipino public. As much as Marcos had used red-tagging as a way of labeling these people as threats to public safety, the Filipino collective was aware that these people were not what these labels were saying. In fact, many of these victims included political opponents, student activists, journalists, religious workers, farmers, and civil leaders. The demographics of these victims made it clear to the Filipino public (and subsequent generations) that Marcos was targeting those who spoke out against him. According to Amnesty International, historians believe that Marcos’ regime was marked by 3,000+ extrajudicial killings, 35,000+ tortures, 70+ disappearances, and 70,000+ imprisonments. Because majority of the victims of Martial Law were ordinary members of society, it appears that the people remembered, for a time, the bloody regime of Ferdinand Marcos.

As for Rodrigo Duterte’s war on drugs, from the very beginning, he was clear about his directives: “Shoot to kill.” During his campaign, Duterte publicly stated that he would go on a killing spree against those involved in the business of drugs. By doing this from the start, he was able to garner the consent of the public to carry out the war against drug users and drug lords, a population of Filipino citizens that was already positioned as a menace to society. He didn’t need to hide his intent to go to war against these people; he did so loudly and proudly because his public statements legitimized his extrajudicial killings given that his war’s victims were those involved in drugs – people that society had already turned its back against.

The result? 30,000+ deaths of fellow Filipino citizens, many of whom were poor and small fries in the drug industry, or wrongfully accused for the sake of bolstering drug operations’ numbers – no major dent in the actual system of drugs in the country. 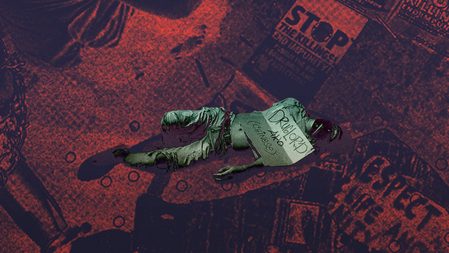 I am in no way blaming the Filipino people for forgetting what had happened in the past six years, but am instead trying to show how the way that collectives and leaders talk about phenomena and the people within them, such as Martial Law, the war on drugs, and their victims, can change the way that things are remembered in history.

As Bongbong’s presidency comes closer, human rights groups have urged Bongbong to stop the war on drugs, but Rodrigo Duterte himself requested Bongbong to continue the fight against drugs in his own way. Given the history of Bongbong’s and Sara’s fathers with human rights violations, it is important that we continue to clamor against the possibility of continuing these anti-drug operations set forth by Rodrigo Duterte. As much as the talk about the victims of Martial Law is imperative to fight against the trend of alternative history and fake news, it is just as important that we, as a people, also never forget the blood spilled by Duterte’s regime by continuing to engage in talk and protest against the killing of fellow Filipinos. – Rappler.com

JR Ilagan is a licensed psychologist that does both psychotherapy and psychological assessment in GrayMatters Psychological & Consultancy, Inc. At the moment, he is finishing up his dissertation for his PhD in Ateneo de Manila, which focuses on disrupting the narrative consent of Duterte’s war on drugs through art. He is currently a part-time faculty in the same institution, as well. Most of his recent research focuses on the public discourse of government, citizens, and collectives in line with societal, cultural, and mental health issues.