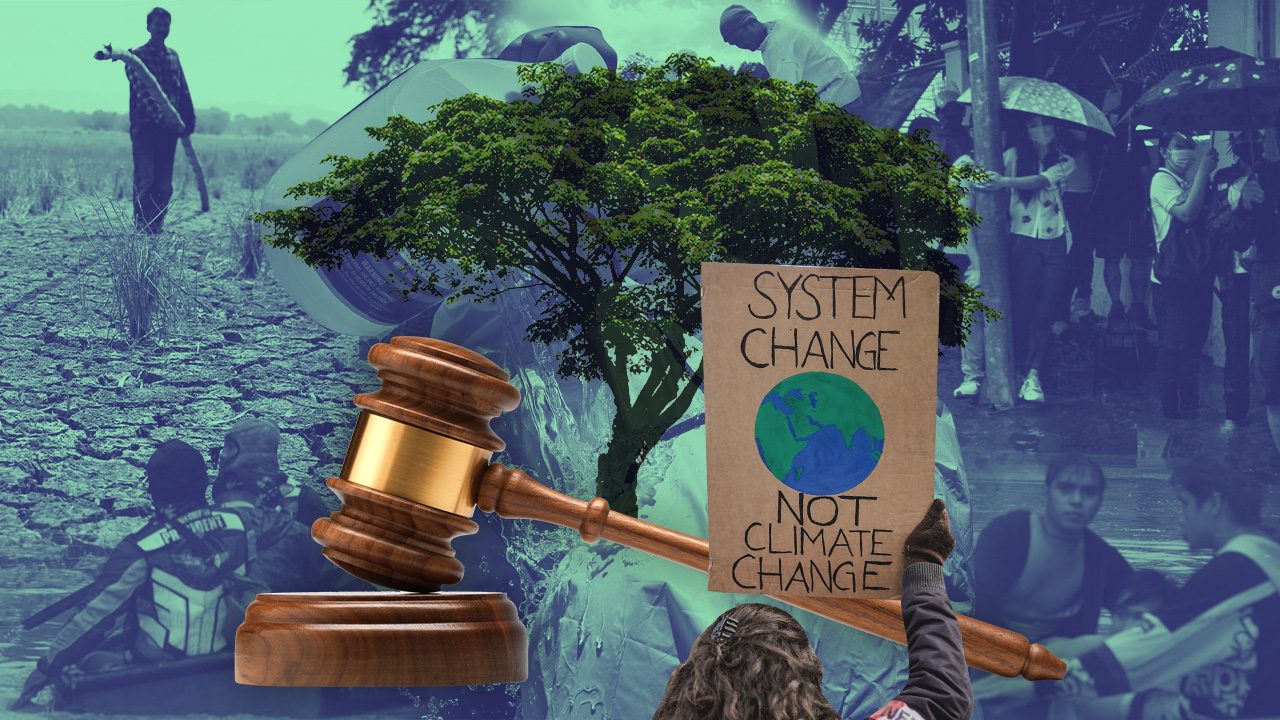 Facebook Twitter Copy URL
Copied
'It has been nearly 12 years since the Philippines was hit by Typhoon Ondoy. Yet here we are, still figuring out how to solve a crisis of our making.'

If there was any doubt, we are living in an era of climate emergency. And it will still get worse.

The Intergovernmental Panel on Climate Change (IPCC) released its latest report on August 9, presenting the latest findings regarding the severity and impacts of the climate crisis. In many ways, it simply confirms what we already know: humankind is the cause of the problem that is becoming more difficult to solve with each passing year.

Pollutive activities, caused by the burning of fossil fuels, have released greenhouse gases (GHGs) such as carbon dioxide (CO2) into our environment, resulting in global warming of around 1 degree Celsius from pre-industrial levels. Keep in mind that fossil fuels, such as coal, are currently the primary source of energy in the Philippines and the world.

This seemingly small number has already led to changes in the global climate that have not been seen in centuries or even millennia. The pollution is so severe that the amount of CO2 in the atmosphere is the highest it has been in two million years. More warmer days have occurred in recent decades, and are likely to continue to happen.

Our oceans have not been this warm and acidic, threatening entire marine ecosystems that are vital to livelihoods, resources, and other aspects of economies. Global sea levels have increased by an average of 0.20 meters, with the rate of increase accelerating with melting glaciers and ice sheets. More strong storms, equivalent to categories 3 to 5, have occurred in the last four decades, bringing with it more rainfall and subsequent losses and damages.

To combat the climate crisis, the Paris Agreement was adopted in 2015 to effectively limit global warming to well below 2°C, ideally at 1.5°C or lower. The IPCC reports that either of these two levels of warming will be exceeded on or before 2050, unless deep reductions in GHG emissions are implemented. This does not just include CO2, but also methane that is released from agricultural activities and landfills, and black carbon that comes from the industry and transport sectors.

Every increase of global warming would significantly change the frequency and intensity of extreme weather. For instance, a 1.5-degree world is likely to see extreme droughts occur twice as often, while a 2-degree world would observe them 2.5 times as often. Heavy one-day rainfall events is likely to happen nearly twice as often under both levels of warming.

CO2 can be removed from the atmosphere and oceans through forests, mangroves, and other so-called natural carbon sinks. However, if such pollution continues to be emitted at current rates, their effectiveness at taking up CO2 is projected to decrease after 2050, especially if these ecosystems are destroyed.

In any case, not only do we have to remove GHGs that have already been emitted, we need to prevent more of said pollution from being released into our environment. The current combined commitments of nations in cutting emissions is nowhere near enough to avoid 1.5 or 2°C of warming. Higher ambition and more urgent action has never been more needed than now.

What it means for the Philippines

The IPCC findings are especially important for the Philippines, one of the countries at highest risk to the climate crisis. Storms like Yolanda and Ulysses, the drought that partly caused the Kidapawan massacre of 2016, the sea levels rising two to three times faster than the global rate, and other calamities have led to the immeasurable loss of countless lives and properties that still haunt many communities. All of these have hit the country under only 1°C of global warming. Do we want to find out first-hand what awaits us in a 2 or 3-degree-warmer world?

Given these findings, the Philippines needs stronger climate governance capable of implementing science-based, just solutions that would also push the nation towards sustainable development. While the country pledged to reduce its GHG emissions by 75% within the current decade, there remains many problems within the systems in place that it needs to address.

First, it must develop a clear decarbonization path to achieve this target, which has yet to be presented to the Filipino nation. This involves taking a harder stance on fossil fuels, especially coal and including natural gas, and initiating a just transition to renewable energy. Remember that electricity prices in the Philippines are the second highest in Asia because of our reliance on coal and outdated power plants and transmission systems.

Second, it needs to secure the climate finance, technologies, and capacity-building resources the Philippines needs to become resilient to the climate crisis, beginning at the upcoming UN climate conference this November in Scotland. This involves reestablishing the country’s position as an influential voice in climate negotiations, which has become weaker in recent years due to the inconsistent leadership of President Rodrigo Duterte regarding the nation’s participation in the Paris Agreement.

Our negotiators must secure climate finance, technology transfer, and capacity-building resources from developed countries. As part of them paying their “climate debt” to vulnerable nations like ours for causing this crisis, the resulting mechanisms must not come in the form of loans, but grants and other similar forms.

Third, the government needs to truly live up to the “whole-of-government” and “whole-of-society” approaches it frequently mentions when discussing climate action. Local governments and other stakeholders need to be empowered to implement long-term adaptation and mitigation programs, especially as the frontliners against potential impacts. The involvement of non-government actors needs to be enhanced to improve communications of key information and implementation of strategies, as aligned with upholding social and environmental justice.

It has been 26 years since the world first convened to address the climate crisis. It has been nearly 12 years since the Philippines was hit by Typhoon Ondoy. Yet here we are, still figuring out how to solve a crisis of our making. How do we respond this time? – Rappler.com

John Leo is the Deputy Executive Director for Programs and Campaigns of Living Laudato Si’ Philippines and a member of the interim Secretariat of Aksyon Klima Pilipinas. He is one of the co-authors of the first Philippine Climate Change Assessment Report, patterned after the IPCC reports.