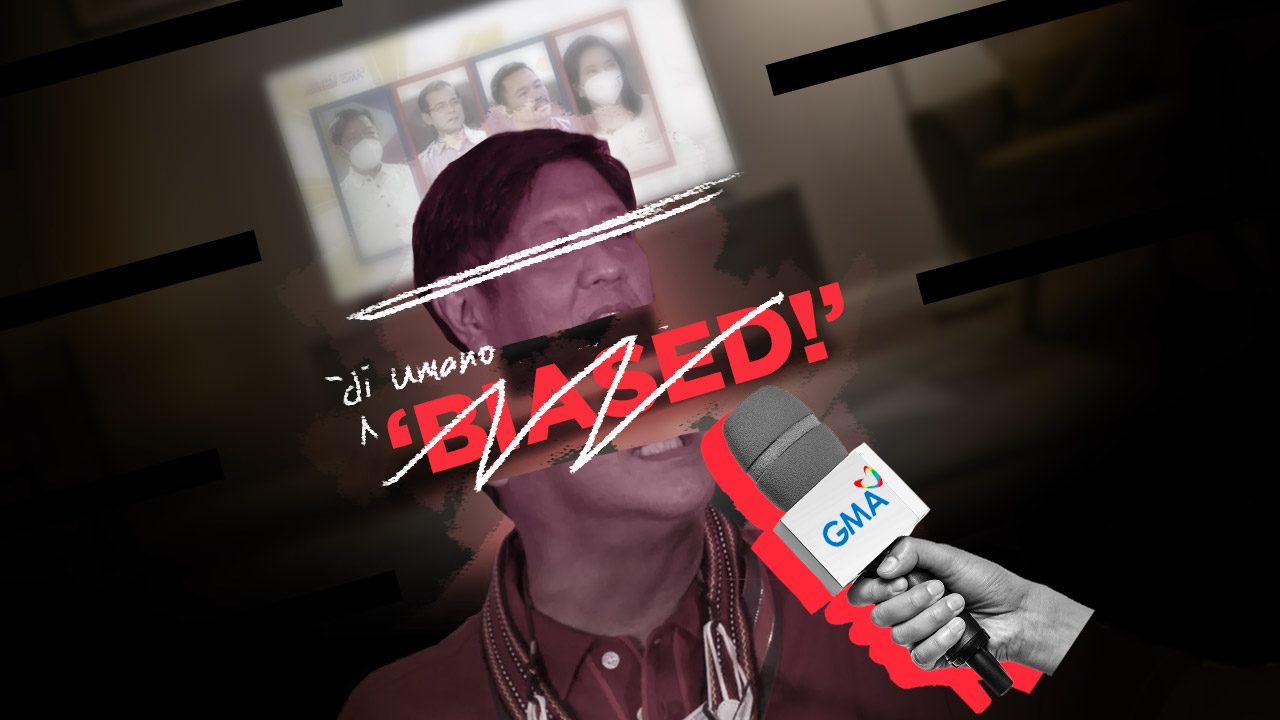 Facebook Twitter Copy URL
Copied
'There have been many claims through the years that the Marcoses have been shut out and have not been given the chance to share their side of the story. Bongbong Marcos’ refusal to participate last night dispels those claims.'

From Facebook and Youtube figures alone, the three-hour long Jessica Soho Presidential Interviews, produced by GMA News, was watched by over 3 million people. Usually, candidates for office would be more than willing to join such an interview, since it essentially gives them minutes of free airtime which they could take advantage of by presenting their platforms, clarifying their stances on social issues, and convincing the electorate to vote for them.

Noticeably, however, the leading candidate in the latest surveys was absent from last night’s interviews despite him having been invited. It was as though Bongbong Marcos could not care less about losing GMA’s audience and free airtime. In a statement, the Marcos campaign’s chief of staff Victor Rodriguez said that the reason Marcos had decided not to join Jessica Soho’s  program was because of their belief that the award-winning journalist was “biased against the  Marcoses,” and that her questions would just focus on negative things about their candidate, when they believe that the focus should be on how to solve the country’s problems related to COVID-19 and economic stagnation.

From the get-go, this was obviously preposterous. And seeing as to how they repeatedly referred to a certain “belief” or perception of theirs, this may actually even be delusional. Not only had they irresponsibly called one of the most trusted media personalities in the country “biased,” they were also wrong on her level of questioning. Ms. Soho asked all candidates questions related to the pandemic, the economic situation of the country, and other relevant issues, as well as gave each candidate the chance to clarify their positions on the criticisms they face, whether it be for perceived lack of experience or for criminal charges and other allegations.

As a candidate facing many controversies himself, that would have been a good opportunity for him to tell the truth, rectify the mistakes, and set the record straight, wouldn’t it? That is unless, of course, the more convenient thing to do was to evade the questions. After all, by skipping the  interview, he also skipped any risk of awkwardness or discomfort that may have been brought upon by Ms. Soho’s questioning.

However, all these point out to one important strategic consideration Bongbong Marcos and his team of advisers may have weighed: that while an interview such as this offers free airtime that will let them reach millions of viewers, a candidate’s attendance and performance in a public forum such as this one could hardly have any significant effect on their actual end goal of winning the elections. In an article for the Heinrich Böll Foundation, Professor Aries Arugay of the University of  the Philippines Department of Political Science in 2019 noted that in the previous elections, many of those who won in the Senate had refused to participate in the widely-televised national debates among senatorial candidates. Moreover, he also pointed that those who were perceived to have performed well in the debate did not eventually succeed while pro-administration candidates who were assessed to have performed poorly eventually won.

Taking a comparative approach, in the United States, there is an opinion that presidential debates have become “a formality, a modern ritual, one with far less meaning than people think.” New York Times columnist Charles M. Blow argued in a piece titled “We don’t need debates” written in 2020 that it is the performative aspect of leadership — stamina, mental agility, and wit — that the  debates test, which is separate from actual discussion of policy, which is rarely discussed in greater depth than what the candidates may have already posted on their websites. Blow also cited George Washington University Professor John Sides, who wrote in 2012 that while pundits and political  strategists are of the belief that presidential debates can be game changers, political scientists are not so certain, and that scholars who have carefully looked at the data found that presidential debates are inconsequential in terms of shifting enough votes to decide the outcome of the election. 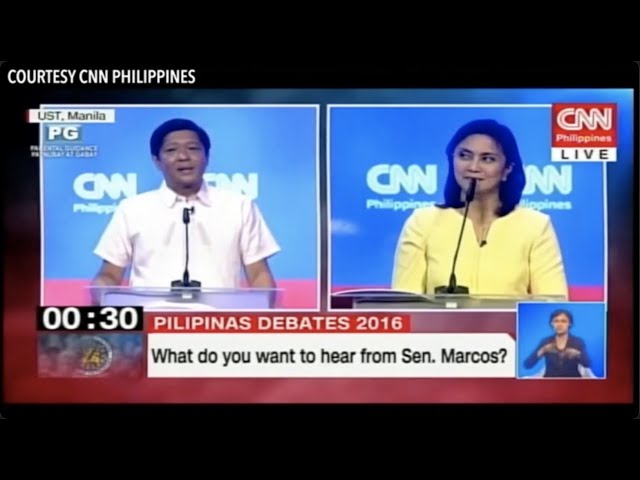 While last night’s program hosted by Jessica Soho was technically not a debate, it was nevertheless a public forum that serves the same goal. In consonance with the opinions above, the Marcos campaign said in the same statement they made yesterday that the important aspects of a candidates’ preparedness to lead, ability to govern, and capability to be president cannot be measured by his mere appearance on a show.

Nonetheless, beyond the publicity and campaign-related considerations, a candidate’s appearance and performance in an interview such as this one could give people foresight on how an aspirant’s “Presidential Temperament” could be characterized should they win this year’s elections. And in this particular case, this may be a foreshadowing, should Marcos win – a kind of presidency which is incredibly absent, so convinced of its own base’s perceptions and beliefs that they could not care less about the general public’s impression, and equates challenging questions in pursuit of truth and accountability as negative and biased questions displaying a preconceived judgment against them. Besides, his refusal to attend this interview as well as his absence in the Comelec proceeding regarding disqualification cases filed against him may lead some to see this as a pattern of absence and evasion of challenging questions.

On the part of the electorate and the general public, people should remember that efforts by media organizations such as last night’s interviews are opportunities to inform and orient the public not only about the candidates but also the issues that affect Filipinos every day, in order to help these Filipino, as GMA News perfectly put it in their statement, make the best, most informed choice on their ballots.

There have been many claims through the years that the Marcoses have been shut out and have not been given the chance to share their side of the story. Bongbong Marcos’ refusal to participate last night dispels those claims. What is even more incomprehensible is why some would even dare to cross the line, get on the offensive, and resort to strong allegations of bias.

If one cannot handle tough questions, how can one handle the tough job of the presidency? – Rappler.com

Kenneth John Pariñas dela Vega is a Politics Major at the Department of Political Science at the  University of the Philippines-Diliman. Materials from this piece are taken from Rappler, the  Heinrich Böll Foundation, The New York Times, the Washington Monthly, and the Political Analysis  class of Associate Professor Rogelio Alicor Panao, PhD.