[OPINION] Why Imelda Marcos should go to jail 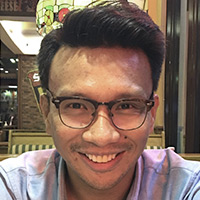 The wife of the former dictator has been convicted of 7 counts of graft, all of which took place when she was a public official from 1968 to 1986. The cases were all related to private foundations in Switzerland. They were used to open bank accounts through which ill-gotten wealth was transferred, managed, and maintained. Total earnings are estimated at $200 million.

Whether she does go to jail is of course a matter for the legal system to decide. As Theodore Te has spelled out in his recent piece, legal remedies are still available to her. The judgment can even reach the Supreme Court, which means it will take years before it is settled with finality.

Sending Mrs Marcos to jail, however, is not just a legal matter. There are three issues at stake.

The first is about the state of justice in the Philippines.

We are all aware that the justice system is broken. In a regime where judges and lawyers may be easily bribed, the poor are at the mercy of the rich and the powerful. This is the conclusion of the Transformation Index report about the country.

Sending Mrs Marcos to jail is concrete evidence that in the Philippines, justice can proceed without regard for one’s wealth. At the same time, doing so means that political elites, including those who are known to be close to the president, are not exempt.

It is a powerful statement to our people and the rest of the world that justice is possible in Philippine society. It may be almost 3 decades late but it is a hopeful statement nevertheless.

The second is that putting her in jail is the least that the state can do to in the name of the victims of Martial Law.

To be sure, the cases at hand have nothing to do with human rights violations during the presidency of Ferdinand Marcos. But in the absence of the dictator, seeing Mrs Marcos in jail is a compelling symbolic moment to which no monetary compensation for victims could compare.

This is because corruption, nepotism, and disregard for human rights were all embodied by the conjugal dictator.

It is worth remembering that Mrs Marcos was not only the First Lady. She also held different positions as an ambassador, a member of the Interim Batasang Pambansa, the minister of human settlements, and the first governor of Metro Manila.

The final issue has to do with national memory.

Collective memory is never absolute. But what we remember or forget as a people is consequential. For example, indigenous communities are very much defined by their collective stories about their origin, struggles, and victories.

In relation to nation-building, what we remember or forget as citizens “constrain political actions, reshape realities, and legitimize distributions of power.” This is why memory is a political matter. The burial of Ferdinand Marcos in the Libingan ng mga Bayani memorializes the failure of the state to hold the dictator accountable.

It is for the sake of our fragile memory that Mrs Marcos needs to go to jail. None of the Marcoses has had to face imprisonment. This is why they can turn into fiction what are otherwise facts about the dictatorship’s corruption, human rights violations, and economic failures.

This is also the reason why Imelda Marcos can be easily recast as the victim here – old and frail. (Forget the fact that she was at a party on the night of her conviction.)

The call to move on never fades away. It comes not only from Marcos loyalists and the battalion of online trolls. It comes from the Marcoses themselves.

Imee, who is running for senator, has mastered the art of charming her audience: “The millennials have moved on, and I think people at my age should also move on.” She presents herself as your jologs tita who wants to make everyone happy.

But make no mistake. Nothing about it is happy.

The call to move on is part of this grand project called historical revisionism. They invoke the glories of the past but are unwilling to admit its atrocities. In effect, they are asking for forgiveness for sins they insist they never committed. In another interview, Imee had the audacity to ask, “Why will we apologize for something we did not do?”

But now we know the truth. And the truth has no regard for age.

Putting Mrs Marcos in jail is not just a payment for the sins she committed against the Filipino people. It is a statement that in the Philippines, justice, no matter how long the ordeal might be, does prevail.

Jayeel Cornelio, PhD is the Director of the Development Studies Program at the Ateneo de Manila University. Follow him on Twitter @jayeel_cornelio.