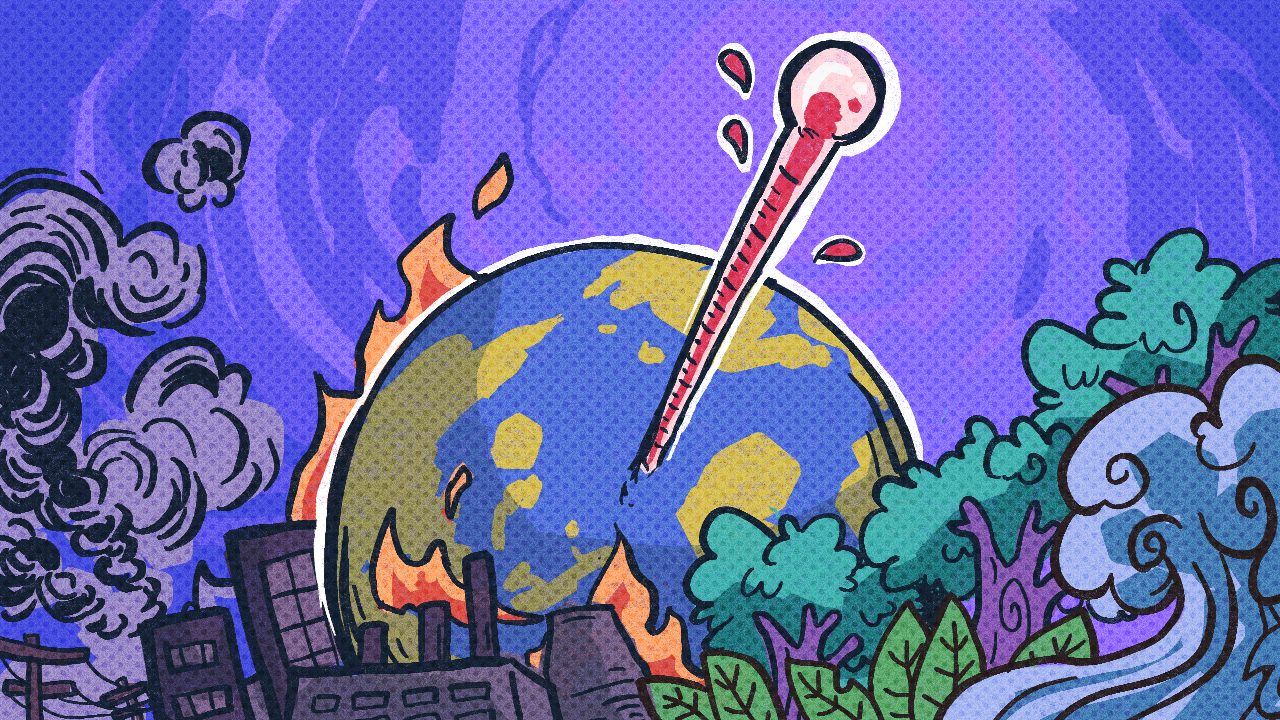 Facebook Twitter Copy URL
Copied
'The sustainable development mechanism needs to be designed properly, with the right safeguards so there is no greenwashing or shifting of responsibilities to developing countries'

Combating climate change can be compared to a tug of war between countries with different interests. And right now, we are losing the fight and are now faced with a global climate emergency that threatens global stability and prosperity. To defeat this threat, the world must come together and cooperate based on common interests and shared values.

The role of science

The Second Assessment Report, issued in 1996, was critical in providing information to governments as we negotiated the Kyoto Protocol in 1997.

The third assessment report, completed in 2001, led to the adoption of the rules of the Kyoto Protocol in the Marrakech meeting that year.

The fourth assessment report, released in 2007, paved the way for countries to adopt the Bali Action Plan that year. Former Ateneo de Manila President, and now a senior scientist at the Manila Observatory Fr. Jose T. Villarin SJ was a member of this panel and received the Nobel Peace Prize that year with other IPCC scientists and Al Gore of the United States.

Finally, the fifth assessment report came out in 2014 just as we were wrapping up the negotiations for the Paris Agreement, giving us the necessary nudge to close the deal.

And today, we eagerly await the release of the IPCC Sixth Assessment Report, which will provide us the scientific input to make the next generation decisions that will hopefully, finally help the world address climate change effectively. Several of our colleagues in the Manila Observatory are contributing to this report, including Dr. Rosa Perez,  Dr. Faye Cruz, Dr. Laurice Jamero, and the late Dr. Gemma Narisma, who was previously our Executive Director. The geopolitics of climate change is complicated. Two principles in the climate change convention reflect the diversity and conflicting interests of countries.

First, the principle of historical responsibility. The accumulation of greenhouse gases in the atmosphere which is causing climate change is the result mainly of emissions from developed states, the first countries to be industrialized. But this is not static in that big developing countries have also exponentially grown their emissions in the 20th and 21st century and even middle income countries are doing the same.

Second, the principle of common but differentiated responsibilities or CBDR – which acknowledges that climate change is a global problem and everyone must do something about it – reduces emissions and assists others to do the same – but what one should do and contribute to others depends on a country’s historical responsibility and means to do so.

These are rational principles and are well-accepted, but how they have been interpreted through the years has been contentious. It’s the main reason that progress is slow and that the climate negotiation experience is often of one step forward, one step backward.

Phases in the climate negotiations

For the first 10 years, from 1990 to 2000, the focus was on pressuring developed countries to reduce or stabilize their emissions. This was only right because of their historical responsibility.

From 2000-2007, adaptation emerges as an agenda equal to mitigation, with developing countries demanding that developed countries support adaptation in poor countries.

From 2007-2015, mitigation by all and support for adaptation is now accepted by most countries. Leadership of developed countries is still emphasized, but China – reluctantly at first – begins to accept that it has a global responsibility.

From 2015 onwards, climate justice and human rights rises up to the agenda of the climate process, with the preamble recognizing fundamental principles and the loss and damage mechanism established even if its details are still to be negotiated.

In Berlin in 1995, we decided to launch the Kyoto Protocol negotiations. In 1997, in Kyoto, Japan, the protocol was adopted.

In 2000, in the Hague, the conference of the parties had a stalemate and could not adopt the implementing rules of the Kyoto Protocol. More ominous is the election that year of George W. Bush as president of the US, as he would later pull out the US from the Kyoto agreement.

In 2001, in Marrakech, the parties finally approved the rules of the Kyoto Protocol, paving the way for its ratification and entry into force. But, without the US, its impact is limited.

The 2005 meeting in Montreal is important because the agenda of how protecting and enhancing forests in developing countries is introduced in the process. This is later called REDD-plus, which negotiations by 2009 I (La Viña) will be assigned to lead and facilitate.

The 2006 meeting in Nairobi is also critical for its adoption of an adaptation program which developing countries have been fighting for.

In Bali in 2007, reviewing the state of the science and alarmed at what they were seeing, governments adopted the Bali Action Plan, with an ambitious goal to have a new climate agreement by 2009.

Unfortunately, the 2009 Copenhagen climate conference was a fiasco and no agreement was reached.

In 2010 though, the process recovered and the Cancun Agreements on climate change were adopted. This included an agreement to establish the Green Climate Fund (the Philippines through the great developing country negotiator Bernaditas Muller was critical in its establishment) and to proceed with finalizing a REDD-plus framework that incorporated human rights and environmental safeguards while also providing incentives for developing countries to protect and enhance their forests.

In 2011, in Durban, South Africa, the parties to the convention decided to try again for a big agreement – but this time allowing for four years for governments to negotiate and draft such an agreement, deciding to meet again in 2015 in Paris, France for that purpose.

Before Paris, there were meetings in Doha, Warsaw, and Lima, where progress on the new agreement was slowly achieved. It was during this time that climate justice and human rights emerged on the top of the negotiating agenda.

In Warsaw in 2013, the parties adopted the Warsaw International Mechanism on Loss and Damage, with the Philippines as one of its strongest advocates. Ironically, the meeting coincided with Typhoon Yolanda/Haiyan. which devastated the Visayan islands of the Philippines and killed thousands.

In Lima, in 2014, the Philippines, with support of only a few countries, advocated for human rights language to be incorporated into the Paris Agreement. By the first negotiating meeting in 2015 in Geneva, Switzerland, dozens of countries had come around to support the Philippine proposal. The Paris Agreement is not a perfect agreement, but it is a good agreement, and more importantly it was drafted in such a way that it can be improved over time. We can increase ambition, for example, which we are trying to do now.

The Paris Agreements adopts two targets. It should be clear now that 1.5 degrees Celsius us the upper limit for global temperature increase is a better target than the 2.0 limit agreed in Paris.

It does have mitigation and adaptation mandates that countries must include in their obligations under the agreement – what is called Nationally Determined Contributions. It is clear that the climate emergency requires higher NDCs by everyone, including the Philippines. We discuss this in Part 2 of this article.

Climate finance and other support is in the Paris Agreement, but they must be increased and made legally demandable.

The sustainable development mechanism needs to be designed properly, with the right safeguards so there is no greenwashing or shifting of responsibilities to developing countries.

Human rights and climate justice have been incorporated into the Paris Agreement, but there is a lot of work to do to give flesh to these principles. This includes designing a workable Loss and Damage mechanism that will help countries and communities who suffer from climate change.

We are hopeful for the future of the climate process. With the US back in, with many big countries adopting net neutrality goals and others increasing ambitions, with young people demanding ambitious action, and with climate justice at the center of the agenda, the next meeting in Glasgow could be a turning point. We will see a preview of this in the coming weeks when government negotiators converge virtually to make progress on outstanding issues before meeting face to face in November.

Finally, we might be able to say: this generation has done its duty and we  will leave a better, kinder, and more just world to our children, grandchildren, and future generations. – Rappler.com

Dr. Manny Solis is a Senior Research Fellow on climate change of the Manila Observatory and teaches climate change law in San Beda Graduate School of Law. He is currently based in Adelaide, Australia.