BAT. Kirk Taray, a bat ecologist, detangles a bat caught on a mist net that was set up in front of a building with a bat roost at the University of the Philippines Los Banos (UPLB), in Los Banos, Laguna province, Philippines, February 19, 2021.

Facebook Twitter Copy URL
Copied
'The value of the illegal wildlife trade in the country is estimated at P50 billion annually or $1 billion. However, as we have seen with COVID-19, we will surely lose more if we do not act immediately.'

With the COVID-19 pandemic, the Philippines needs to urgently strengthen its 20-year-old Wildlife Protection Act to help stop potential outbreaks.

Numerous global scientific studies have shown that most new infectious diseases emerge when pathogens are transmitted from animals to humans – or what we call zoonotic disease transmission.

These diseases emerge not because of the existence of wildlife, but because of people who exploit them and destroy their habitat.

Economic growth has disrupted ecosystems and habitat through unplanned urbanization, land degradation, and deforestation. This has allowed people to closely interact with wildlife, leading to hotbeds of zoonotic disease transmission.

The earliest cases of infection of SARS-CoV-2, which causes COVID-19, were traced to a market in Wuhan reportedly selling meat from exotic wild animals, such as bats, snakes, and pangolins. The Chinese government has since banned the trade, suspecting its role in the spread of the virus.

The SARS outbreak in 2002 was caused by a novel betacoronavirus found in bats and then transmitted to masked palm civets before reaching humans.

A decade later, in 2012, the Middle East respiratory syndrome (MERS) outbreak emerged after coronavirus, which passed through dromedary camels, was transmitted to humans. Meanwhile, the Ebola outbreak was traced to humans’ hunt for primates’ meat and habitat fragmentation, with the pathogen likely transmitted from bats to primates and then to people. 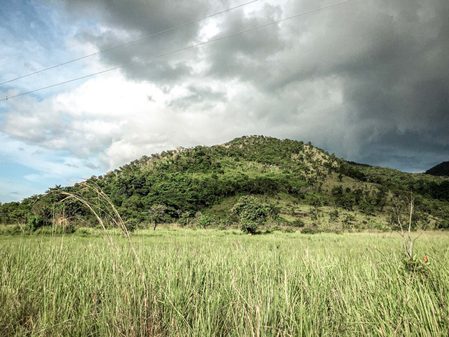 A 2020 study found that species that are threatened due to exploitation “have over twice as many zoonotic viruses” than other threatened species. Experts attributed it to the frequent close contact between people and wildlife, as hunters, middle marketers, and consumers have some form of contact with species in the trading process.

On top of this, other animals and people in the area are also exposed to the wildlife and its remnants and wastes, expediting the possible spread of diseases. The wildlife trade also creates the perfect conditions for new diseases, as it stresses animals and subjects them to unnatural habitat and combinations during trade and transit.

If it is not clear with all these incidents that increased wildlife interaction due to habitat destruction and illegal wildlife trade (IWT) is the main reason for global outbreaks, then I don’t know what is.

The Philippines is at the center of this, with widespread habitat destruction and illegal trade. The country has become an important source, transit, and destination point in IWT, which is now the fourth largest illegal trade worldwide behind illegal drugs, arms, and human trafficking.

While a handful of people gain from IWT in the country, millions more Filipinos are affected by its dire consequences. We have to act now before another deadly pandemic affects us.

In 2001, Republic Act 9147 or the Wildlife Resources Conservation and Protection Act was passed into law. While RA 9147 is a groundbreaking law that expanded protection coverage to all wildlife and empowered regulation agencies, there continues to be an increase in IWT cases, threatening extinction of wildlife species and elevating risks of zoonotic diseases.

RA 9147 must be urgently amended and strengthened, as IWT has become increasingly sophisticated and organized two decades after the law’s passage. Crime syndicates are exploiting legal loopholes owing to the law’s vague language, low fines and penalties that fail to serve as deterrent, and limited enforcement capacity.

The value of the illegal wildlife trade in the country is estimated at P50 billion annually or $1 billion. However, as we have seen with COVID-19, we will surely lose more if we do not act immediately.

We call on the good senators of the Republic of the Philippines to pass the bills. A strong legal framework will improve enforcement mechanisms, strengthen inter-agency cooperation against IWT, and result in a more forceful and dynamic response to this transnational crime.

Stopping IWT through a solid legal basis is a worthy investment against the life-threatening and damaging consequences of potential outbreaks and pandemics, especially to Filipinos. – Rappler.com