It is disturbing to hear and read reactions and comments from all walks of life that not to file an income return and/or pay tax is okay, fine, or permissible. As basis, all have cited the Comelec decision that not filing an income tax return is not a crime involving moral turpitude.

The heart of the Comelec decision is the failure to file income tax returns and pay income tax on salaries as a public official. To understand the context of the issue holistically, the decisions of the Regional Trial Court Branch 105 QC and the modified decision of the Court of Appeals (CA) are essential.

On July 27, 1995, the RTC convicted Marcos Jr. for failure to file his ITRs for 1982-85 and pay his income tax arising from his salaries as vice governor for 1982-84 and governor for 1985. On appeal to the Court of Appeals, the decision of the trial court was modified: it acquitted Marcos Jr. for non-payment of his deficiency for the said years, affirmed his conviction for failure to file his ITRs BUT ordered him to pay the deficiency income taxes due with penalties, interests, and surcharge. 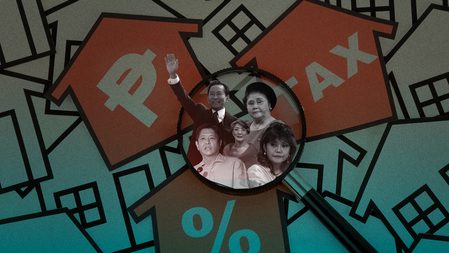 The Comelec decision indicated that Marcos Jr. paid P67,137.27 deficiency income tax and fines. Clearly, this delineates the criminal liability from the civil liability. The Tax Code provides further “that payment of the tax…shall not constitute a valid defense in any prosecution for violation of any provision of the Tax Code.” But such decision is unsettling and confusing to taxpayers and demeans their primary obligation to pay tax and pay the correct amount within the prescribed period.

For an ordinary taxpayer, it is difficult and frustrating to accept the acquittal of a public official as taxpayer for non-payment of deficiency taxes for several years but ordered him “to pay the deficiency income taxes with interest at the legal rate until fully paid.” The CA decision will further erode the tax consciousness of Filipino taxpayers and the fragility of governance in the public sector. Given the extraordinary situation we face now brought about by an unprecedented oil price increases and the impact of the invasion of Russia on Ukraine, the value and importance of taxes cannot be over emphasized. Additionally, we need an increase in revenues to enable our government to service our debt of P12.09T as of end of February 2022.

The issues that were resolved by the Comelec did not tackle the issue of non-payment of deficiency income tax. It was focused on the failure to file an income tax return as a crime involving moral turpitude and, therefore, a ground for disqualification. The majority decision of the Comelec Division held that “failure to file tax returns is not inherently immoral nor wrong in the absence of a law punishing it. The said omission became punishable only through the enactment of the Tax Code.” How can there be no omission when the RTC convicted Marcos Jr. for failure to file his income tax returns and pay his deficiency income tax not for a single year but for four consecutive years? The same conviction was modified and affirmed by the CA as cited earlier with an “order to the accused-appellant for non-payment of deficiency income taxes with interest at the legal rate until fully paid.”

Moreover, an equally important issue is the non-payment of estate tax on the Marcos Estate left by the late president Marcos Sr. Under our tax laws, the obligation to pay the estate tax is vested primarily and personally with the executor or administrator, and subsidiarily with the heirs with respect to their respective distributive share in the estate. Furthermore, it provides that the executor or administrator is discharged from personal liability upon payment of tax. To date, there is no showing that Marcos Jr. voluntarily paid even partially the estate tax on the Estate of the late Ferdinand E. Marcos Sr. The obligation to pay tax is sacrosanct. The existence and operation of any nation-state rests on the payment and collection of taxes. No government can function and operate without taxes. The Supreme Court has consistently and emphatically stressed this fundamental need in numerous of its decisions that “taxes, the lifeblood of the government, are meant to be paid without delay and often oblivious to contingencies or conditions.” It has also held that “it is every citizen’s duty to pay the correct amount of taxes.” In still another case, the Court could not be clearer when it held that “the principle is well established that taxes are the lifeblood of government, and every citizen is duty bound to pay taxes and to pay taxes in the right amount.”

The Comelec must transcend beyond “a technical issue of failure to file a return is not a crime involving moral turpitude.” The real issue that was not raised nor resolved is that it is wrong not to pay tax, and not pay the correct amount, no ifs nor buts. And certainly, non-payment of tax is a much greater offense and therefore must be treated as a crime involving moral turpitude. To further underscore the value and significance of taxes, our tax law prohibits our courts to issue an injunction against payment of tax.

A person who cannot embrace and take to heart the basic obligation to pay tax is a bad example to our taxpayers and society. Likewise, he has no moral authority to lead the nation.

Upholding the civic duty to pay tax is the apex of government’s existence, operation, and sustenance. It cannot be compromised much more discarded. – Rappler.com