[Science Solitaire] Inside your brain, ‘creativity’ does not take sides 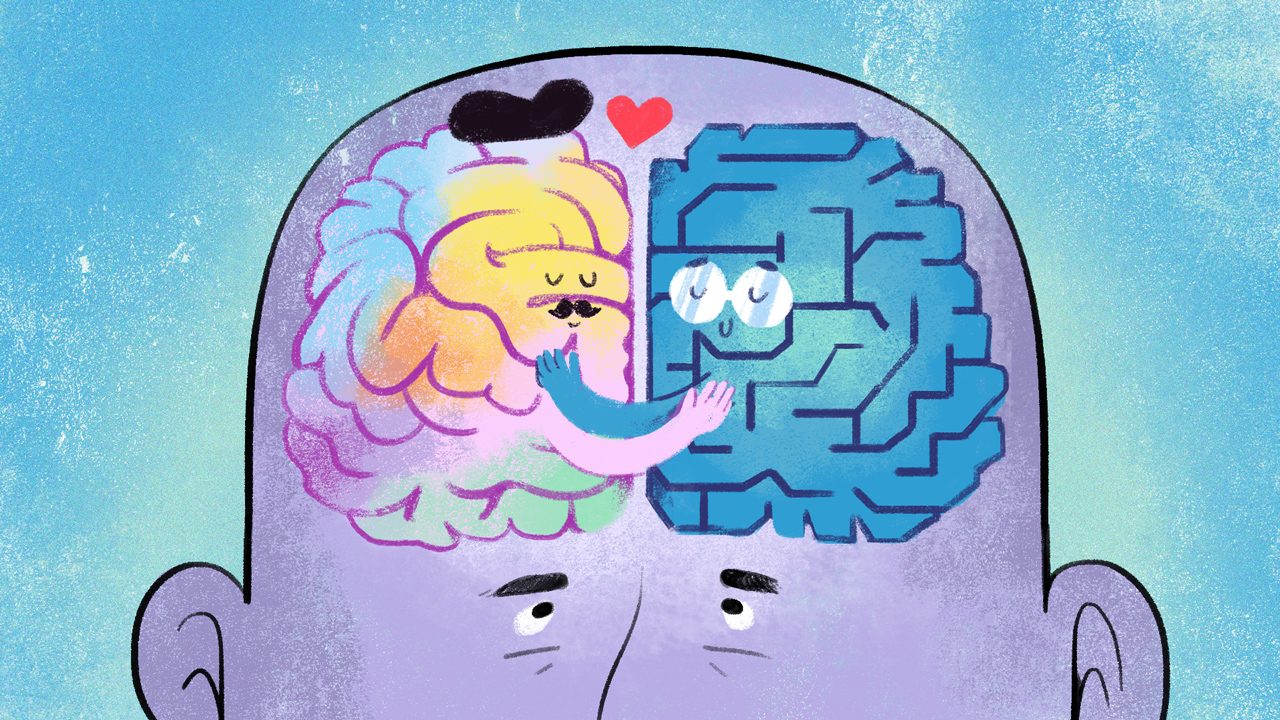 Facebook Twitter Copy URL
Copied
Like all important questions, human creativity is not a singular story.  This nature-nurture choice is as attractive but as impoverished as the 'left/ right brain' myth.

One of the very special “moms” in my life rolls her eyes every time I utter a question about how to cook something. I think she really finds my very sincere culinary questions not just elementary but impossibly comical. And I accept that eye rolling with all humility. But in my field, one of the sure-fire triggers to roll my eyes is when I am told by someone that they are either left-brained (logical) or right-brained (artistic). Very few myths are as enduring and puzzling as that one.  Why do we lovingly hold on to and spread that myth and what is the reality?

I guess thinking we are creatures who have “sided” brains, just like being right or left-handed seems like a quick, ready excuse to explain one’s strengths or deficiencies. Like when one fails to come up with the wrong share in a shared bill in a restaurant (“Oh I am left-brained so am not good in Math!”) or when one makes surgical executive decisions you do not like (“Oh that is because she is right-brained.”). But even if it makes for an attractive anchor for conversations, it is in no way based on reality. This is because of the incontrovertible fact that we have whole brains and that nothing it does ever involves just the right or left. (READ: [Science Solitaire] No template for a male or female brain)

This “wholeness” is so stark in “creativity” – a trait that each of us, in varying shades and extent, possesses. We need to be creative every day in our lives, whether it is how we are going to refashion tools for doing chores in the house, getting around the limits of available resources for a project, planning adventures with your family and friends, to deep-scale or larger-scale projects like writing, designing or creating something. Creativity always involves “divergent thinking” outside of what is ordinary.

We also need creativity to be happy but creativity could also be the result of having positive feelings. Creativity could be both the fuel and the destination for any of our life’s adventures. It is a permanent feature of being human.  So the popular notion that creativity resides only in the left brain is literally only a portion of the story and a half-story is a falsity, a myth. Your brain, at the very least, deserves to be acknowledged for the extraordinary wholeness it brings to your being and becoming.

Many studies like this one in 2018 have proven again and again how “creativity” is wired in our “whole brain functional connectivity.” They show that “creativity” is not a left-side brain activity but an amazing maestro-esque conduction of your “salient network” of the work of your brain’s “default network” (daydreaming, imagining”) and your “executive network (logic, filtering of what is feasible, logistics etc). Each of the 3 networks have brain parts all over our whole brain and not just on either left or right. We also forget that we have a middle part of the brain which holds some vital areas of those three networks.

So if we all have whole brains, then why are some people more creative than others? Like many fundamental questions to being human, we do not know all the answers yet but we know some based on studies.

One of the things we know so far is, based on studies that actually looked at brain activation and creative activities, is that people who are creative can activate the default and executive network at the SAME TIME with their salient network doing symphonic-like conducting. Apparently, this kind of co-activation between the networks gives way to a kind of thinking that is uncommon, “out of the box”.  Creative brains do the imagining and filtering at the same time. Less creative people can only activate one network at a time.

This is what we see when people can generate imaginative ideas but also execute them in extraordinary ways. “Imaginative” involves maybe taking a fleeting but strking metaphor in a fictional book and applying it to a movement in music, in visual arts, in architecture or even in urban planning.  It could be taking out hard data from scientific studies and translating them into sensory sculptures that captivate us. It could be a swirling vortex of emotions that we have each been feeling brought on by a shared experience captured in undulating mountains inhabited by lush words in poetry.

But is creativity wired at birth or can you cook it up as you live your life? Like all important questions, human creativity is not a singular story.  This nature-nurture choice is as attractive but as impoverished as the “left/ right brain” myth. So far, studies say the shape or strength of your creativity depends on BOTH what you were born with and what happens after that, which are made up of your own choices and things you do not have control of. But I think practice will NOT lessen or hurt your creativity. At the very least, it will wire you to be open or acknowledge that borders only exist in your head, and not in other people’s.

When the new year turned, our lives did not drastically change. The world did not change. It is an old world with extremely serious problems and it would be “creativity” – involving our whole brains – that would spell the chances of success for us to thrive or even survive. May our whole brains get to create that new world. – Rappler.com