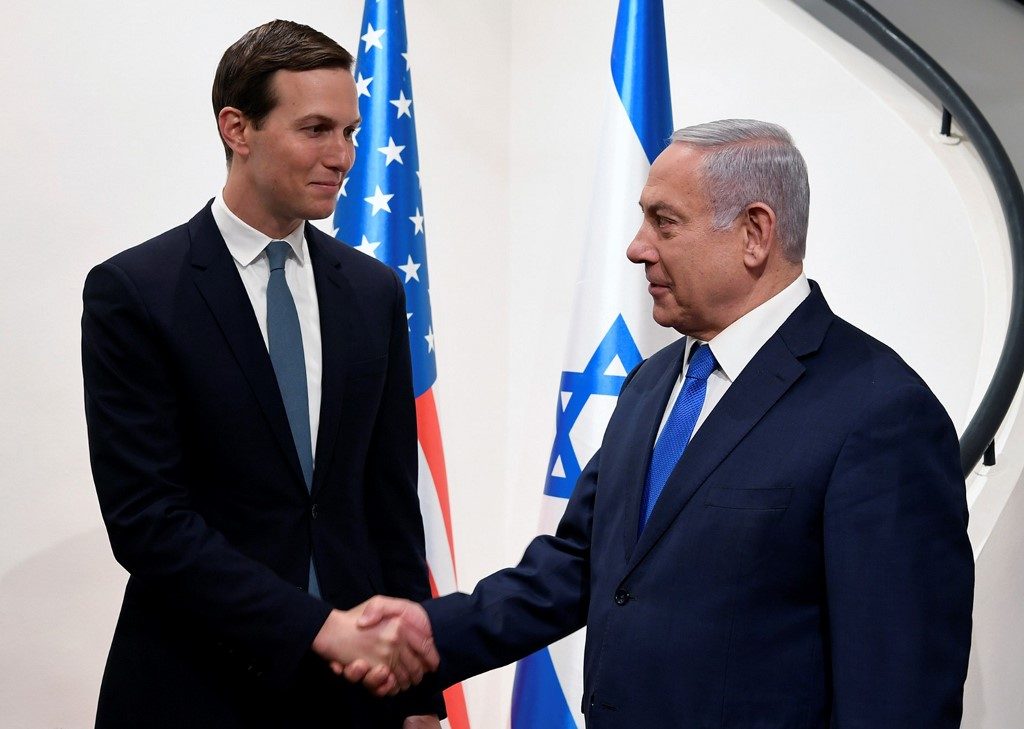 Facebook Twitter Copy URL
Copied
Trump's son-in-law says that if Palestinians are unable to meet the conditions of the plan he crafted, Israel should not take 'the risk to recognize them as a state'

WASHINGTON, USA – US presidential advisor Jared Kushner said on Sunday, February 2 that if Palestinians are unable to meet the conditions of the new Middle East peace plan he crafted, Israel should not take “the risk to recognize them as a state.”

The plan laid out by Kushner, President Donald Trump’s son-in-law, and unveiled Tuesday, January 28 was warmly embraced by Israel but curtly dismissed by the Palestinian Authority along with others in the region, including the Arab League.

Kushner was challenged by CNN host Fareed Zakaria in a program aired Sunday to explain why demands made of the Palestinians before they are given a state – a free press, free elections, religious freedom, an independent judiciary, and a reliable financial system – did not amount to “a killer amendment.”

“There is no Arab country that would meet these criteria, certainly not Saudi Arabia, Egypt” or other countries Kushner has worked with closely, Zakaria said.

Kushner replied that the Palestinian territories amount to “a police state… not exactly a thriving democracy.”

“For the Palestinians, if they want their people to live better lives, we now have a framework to do it,” he said.

“If they don’t think they can uphold these standards, then I don’t think we can get Israel to take the risk to recognize them as a state.”

Kushner added: “The only thing more dangerous than what we have now is a failed state.”

Trump unveiled the plan in a White House event attended by a smiling Israeli Prime Minister Benjamin Netanyahu, who applauded it as “a great plan for Israel… (and) a great plan for peace.”

No Palestinians were present. Mahmoud Abbas, president of the Palestinian Authority, said the plan reflected a persistent pro-Israel bias by the Trump administration and that it “will not pass.”

Under the plan, Israel would retain control of the contested city of Jerusalem as its “undivided capital” and annex settlements on Palestinian lands.

Trump said Palestinians would be allowed to declare a capital within annexed east Jerusalem.

Kushner has been criticized for what some saw as harsh language directed at the Palestinians in connection with the plan’s roll-out.

“If they screw up this opportunity – which again, they have a perfect track record of missing opportunities – if they screw this up, I think that they will have a very hard time looking the international community in the face, saying they’re victims,” he said Tuesday on CNN.

“This is a great deal for them. If they come to the table and negotiate, I think they can get something excellent.” – Rappler.com