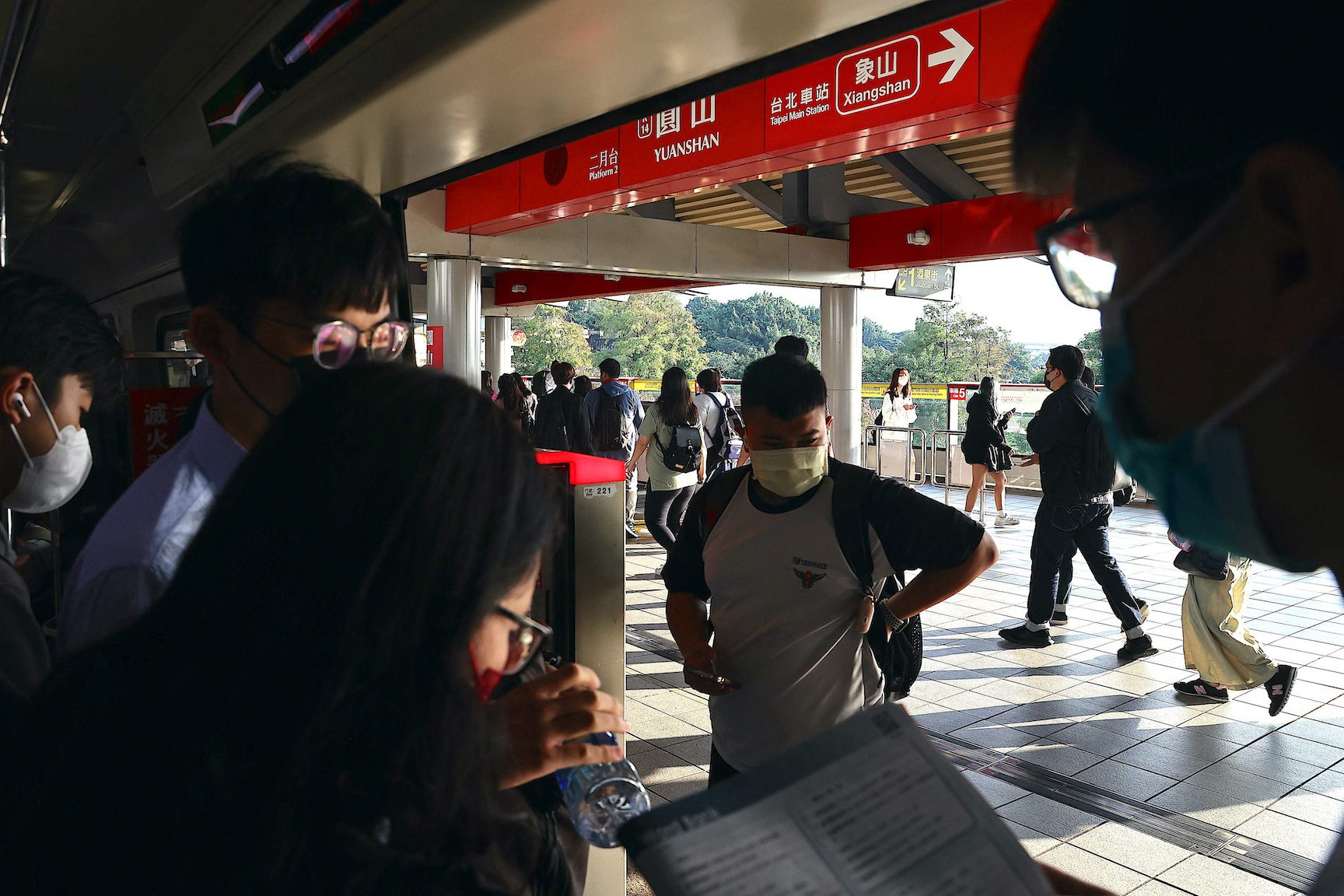 People head towards a metro station in Taipei, Taiwan, November 29, 2022.

LONDON, United Kingdom – China on Thursday, December 1, accused a committee of British lawmakers visiting Taiwan of “gross interference” in China’s internal affairs and threatened a forceful response to anything that undermines Chinese interests.

The Chinese embassy in Britain issued a statement responding to the ongoing visit to Taiwan by British parliament’s Foreign Affairs committee, calling it a “flagrant violation” of the one-China principle.

China claims the self-ruled, democratic island of Taiwan as its own territory, part of its “one China” policy. Taiwan’s government rejects China’s sovereignty claims.

“The Chinese side urges the UK side to abide by its commitment, stop any actions that violate the one-China principle, and stop interfering in China’s internal affairs,” the spokesperson said in a statement posted on Twitter.

“Moves of the UK side that undermine China’s interests will be met with forceful responses from the Chinese side.”

The spokesperson said the visit sent the wrong signal to those who want Taiwan to be independent.

The committee met with Taiwan’s Premier Su Tseng-chang on Thursday and is due to see President Tsai Ing-Wen on Friday.

The visit is part of the committee’s work examining a shift in British foreign policy towards the Indo-Pacific region, which the government has identified as an economic and diplomatic priority since leaving the European Union.

The committee is a parliamentary body, separate from government and made up of elected lawmakers from a range of parties. It scrutinizes government policy but does not have statutory powers.

Committee members did not immediately respond to a request for comment on China’s accusation. The committee is due to meet with Tsai on Friday.

“We look forward to continuing to deepen the friendly and cooperative relations between Taiwan and the UK through this face-to-face exchange, and to continue to work together for the peace, stability and prosperity of the Indo-Pacific region,” the presidential office said ahead of the meeting. – Rappler.com