Biden agrees in principle to Ukraine summit with Putin 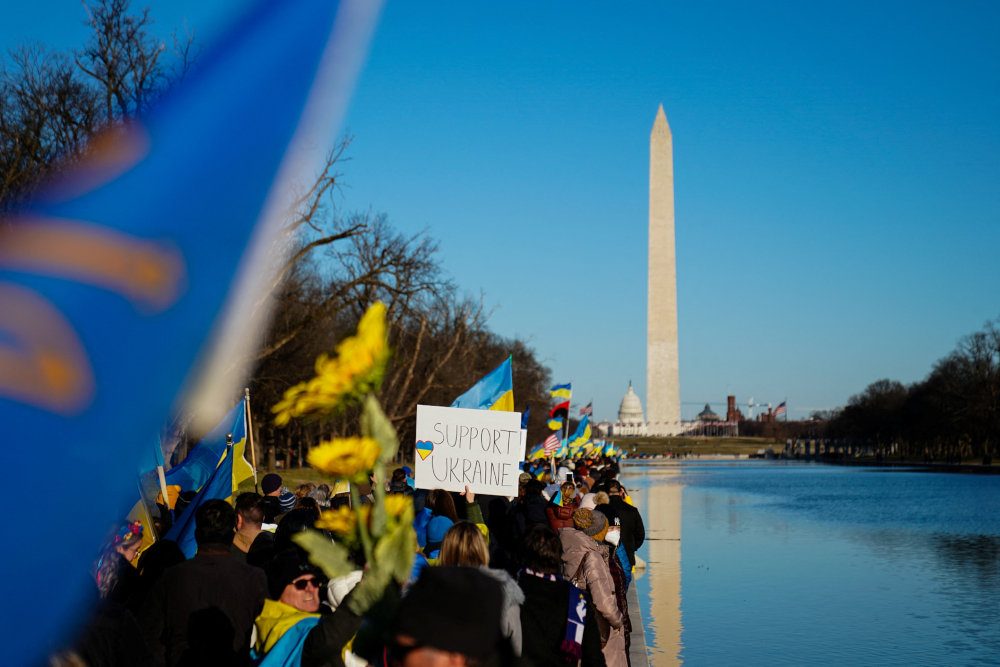 RALLY FOR UKRAINE. Demonstrators march along the National Mall from the Lincoln Memorial to the White House during a "Stand with Ukraine" rally in Washington, U.S., February 20, 2022.

US President Joe Biden and Russian President Vladimir Putin have agreed in principle to a summit over Ukraine, US and French leaders said, offering a possible path out from one of the most dangerous European crises in decades.

The office of French President Emmanuel Macron said in a statement on Monday, February 21, he had pitched both leaders on a summit over “security and strategic stability in Europe.” The White House said in a statement that Biden had accepted the meeting “in principle” but only “if an invasion hasn’t happened.”

“We are always ready for diplomacy,” White House Press Secretary Jen Psaki said. “We are also ready to impose swift and severe consequences should Russia instead choose war.”

A call seeking comment from the Kremlin was not immediately returned early Monday.

Many details about the proposed summit – which was announced after a volley of phone calls between Macron, Biden, Putin, and British leader Boris Johnson – are unclear. Macron’s office and the White House said that the substance of the summit would be worked out by US Secretary of State Antony Blinken and Russian Foreign Minister Sergei Lavrov during their upcoming meeting planned for Feb. 24.

The news comes after a week of heightened tensions spurred by Russia’s military buildup all around the Ukrainian border. Russian forces have been amassing around its neighbor since late last year, something Western countries say is a prelude to an invasion.

Nerves were further frayed when the Belarusian defense ministry announced that Russia would extend military drills in Belarus that were due to end on Sunday. Satellite images appeared to show new deployments of Russian armor and troops in farms and forests close to Ukraine. 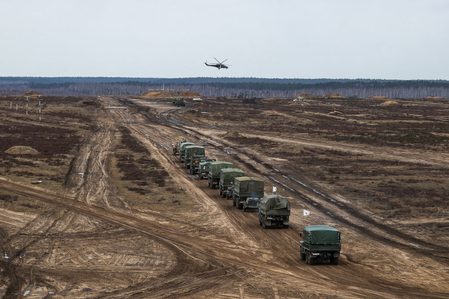 Blinken said Sunday that the extension of the exercises made him more worried that Russia was on the brink of invading. Moscow has repeatedly denied such plans.

US-based satellite imagery company Maxar reported multiple new deployments of Russian military units in forests, farms, and industrial areas as little as 15 km (9 miles) from the border with Ukraine – something Maxar said represented a change from what had been seen in recent weeks. Read full story

Blinken told CNN that “everything we are seeing suggests that this is dead serious.”

But he said he hoped the invasion could still be averted by peaceful means.

“Until the tanks are actually rolling, and the planes are flying, we will use every opportunity and every minute we have to see if diplomacy can still dissuade President Putin from carrying this forward,” Blinken said.

On the ground, war drums have been beating ever louder over the past few days.

Kyiv has accused pro-Russian forces of shelling their own compatriots in eastern Ukraine to blame the attacks on Ukrainian government forces.

The fighting – and Russia’s continued war drills – have put the Europe on edge.

Czech Prime Minister Petr Fiala said in a TV interview that the continent was on the brink of catastrophe.

“It is not an exaggeration to say that Europe is a step away from war, which was something unimaginable not long ago,” he said. – Rappler.com