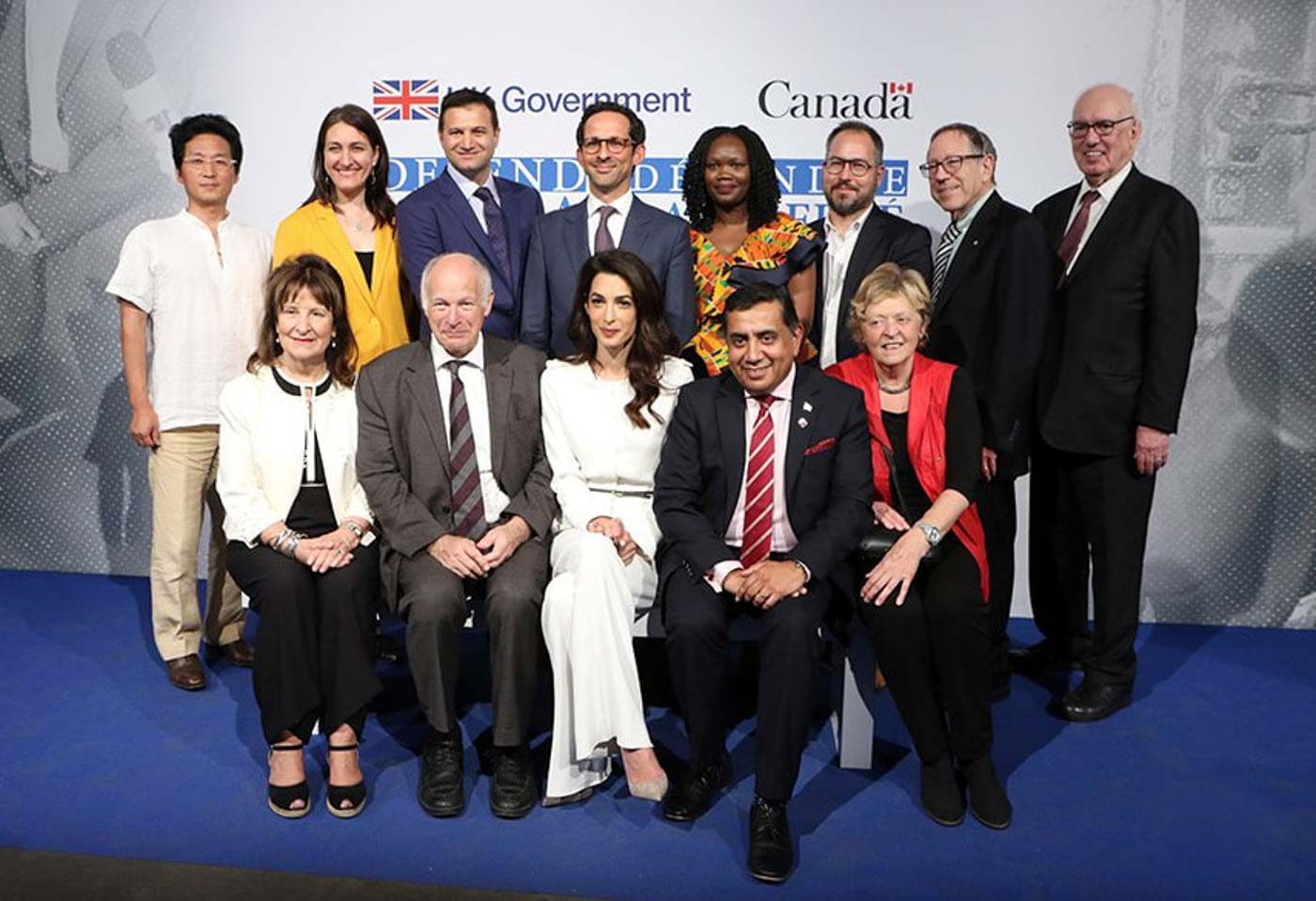 NEW REPORT. Members of the High Level of Panel of Legal Experts on Media Freedom released a report urging states to strengthen consular assistance and protections to their journalists detained abroad.

An independent international panel of legal experts on media freedom sought the creation of a new charter of rights for detained foreign journalists as it urged countries to strengthen consular assistance and protections to them.

The High Level Panel of Legal Experts on Media Freedom – an independent body convened in 2019 at the request of the United Kingdom and Canadian governments – released on Monday, November 16, its 2nd report focusing on improving ways to enforce international human rights norms.

The report, A Pressing Concern: Protecting and Promoting Press Freedom by Strengthening Consular Support to Journalists at Risk, was authored by Irwin Cotler, chairperson of the Raoul Wallenberg Center for Human Rights and Canada’s former minister of justice and attorney-general.

“Our report proposes a protective framework for journalists at risk abroad, whereby consular support by the Home State is not a matter of discretion, but of legal obligation…where the international community is not that of a bystander community, but of a protective one,” Cotler said ahead of the 2nd Global Conference for Media Freedom.

“Consular assistance is one of the most important ways in which States can protect the international free press…. In some cases, [this] may be the only way to protect journalists against human rights violations, particularly when working in countries with poor human rights record,” the report said.

This includes constant communication, prison visits, monitoring of cases and situation, and, when necessary, repatriation, among others.

The report’s proposed measures are in addition to the minimum standards set, which include sanctions for states and targeted sanctions for individual foreign abusers. (READ: Why the Global Magnitsky Act matters to the Philippines)

Amal Clooney, deputy chair of the panel, said that while some nations are already doing it to some extent, the current “system is haphazard and weak.”

“Press freedom can only be protected if governments that respect human rights stand up to those that don’t – by imposing real world consequences on abusive behavior and protecting journalists when they are attacked abroad,” Clooney said.

The report cited several case studies of arbitrary imprisonment of journalists abroad, some of whom have languished in prison for decades. It also included the case of Rappler CEO Maria Ressa, who was convicted of cyber libel and was arrested twice. In some instances, the report noted the ineffective and insufficient consular support and diplomatic protections extended to reporters.

“Although diplomats and consular offices have a duty not to interfere in the internal affairs of their receiving state and are expected to maintain good relations with that state, this principle does not prevent these officials from protecting the human rights of those abroad,” the report said.

A Charter of Rights for Detained Journalists should be established to solidify the law and provide for clear obligations for both home states and host states. Some of the proposed rights are:

The panel proposed the creation of a code of conduct for the provision of consular assistance by the home state for their journalist nationals living abroad to ensure they meet their obligations to provide meaningful consular assistance.

It also sought the establishment of an independent, international commissioner, with investigative powers to hold both home states and host states to account.

The UK government, through its representatives during the panel, said it is committed to improving its consular support, as it vowed to continue providing “high quality service in challenging circumstances.”

The Canadian government, through a representative from Global Affairs Canada, said it takes the safety of its citizens seriously.

“We are ready to assist Canadian citizens including journalists.”

Encouraged by the report’s recommendations, Canada has developed a dedicated web page designed for journalists and media workers.

This, they said, “is in addition to already available travel advisory to specific countries.” It also highlights areas in the world where journalists are more vulnerable.

As for the heavier recommendations, the Canadian government said it is willing to continue talks with the panel.

Thirty-seven member-states of the Media Freedom Coalition, including UK and Canada, have signed the Global Pledge on Media Freedom, which “commits like-minded countries to working together on identifying and acting on violations and abuses against members of the press.” – Rappler.com