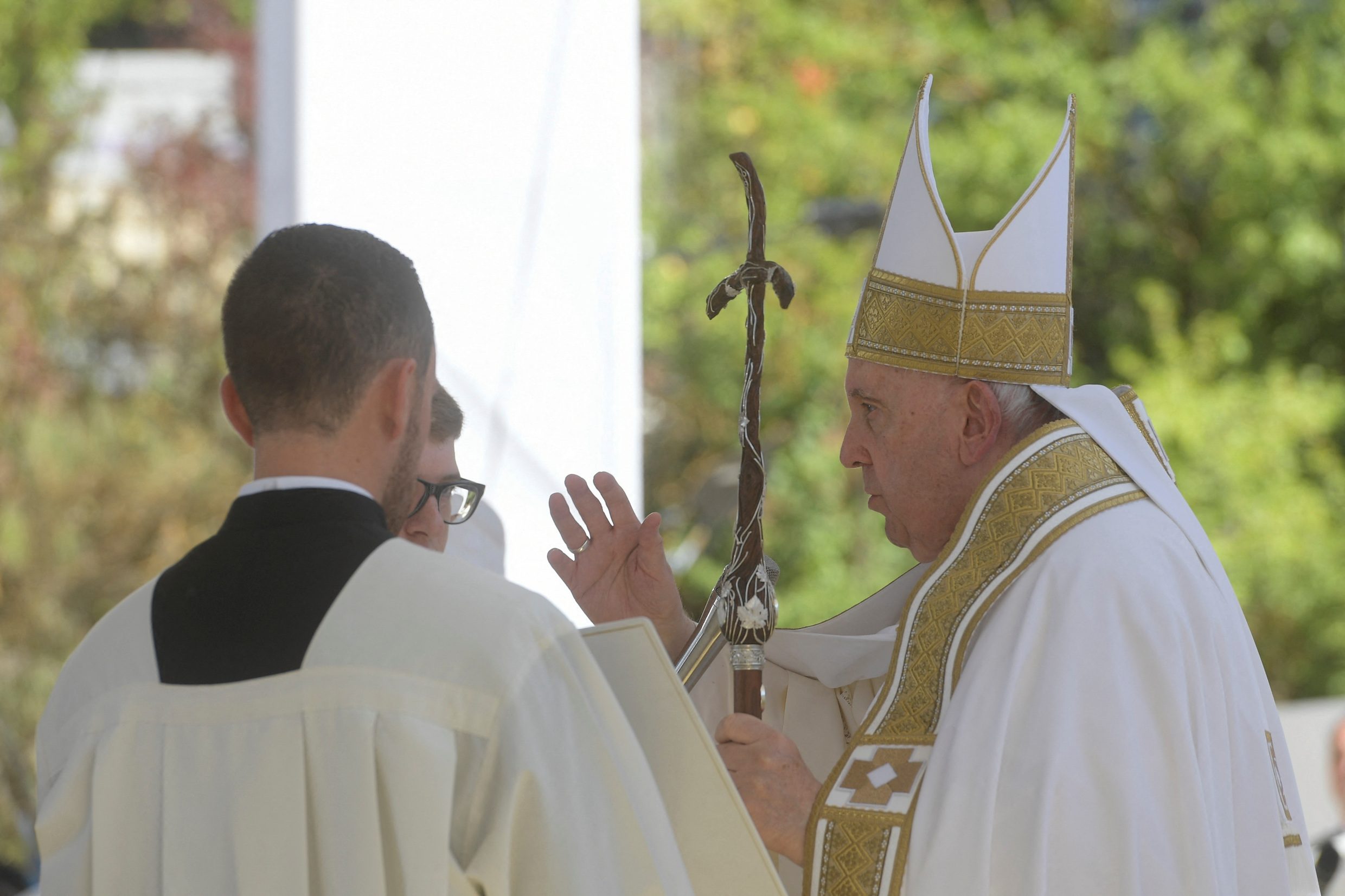 Facebook Twitter Copy URL
Copied
'In the eyes of men, the humble are seen as weak and losers, but in reality, they are the real winners because they are the only ones who trust completely in the Lord and know His will,' says Pope Francis

L’AQUILA, Italy – Pope Francis, who has often said he may step down in the future if bad health impedes him from leading the Catholic Church, on Sunday, August 28, praised the humility of one of the few popes in history to resign willingly instead of ruling for life.

L’Aquila, a central Italian city which Francis visited briefly, is the burial place of Celestine V, who resigned as pope in 1294 after only five months to return to his life as a hermit, establishing a papal prerogative.

Pope Benedict XVI, who in 2013 became the first pontiff in about 600 years to resign willingly, visited L’Aquila four years before stepping down. In the past, Francis has also praised Benedict’s courage. When the Vatican announced in June Francis’ trip to L’Aquila – to inaugurate an annual “feast of forgiveness” – it fueled speculation that a conjunction of event – including the induction of new cardinals on Saturday and meetings starting on Monday on the Vatican’s new constitution – could foreshadow a resignation announcement.

However, in an interview with Reuters last month Francis, 85, laughed the idea off, saying “it never entered my mind,” while leaving open the possibility that he could step down for health reasons in the distant future.

In the homily of a Mass for thousands of people in a central square, Francis noted that in “The Divine Comedy”, Dante Alighieri condemned Celestine for having carried out what the medieval poet called “The Great Refusal”.

But Francis, who prayed silently before Celestine’s tomb, said that by relinquishing power, Celestine showed the strength that comes from humility.

“In the eyes of men, the humble are seen as weak and losers, but in reality, they are the real winners because they are the only ones who trust completely in the Lord and know His will,” Francis said.

The Pope, who has been using a wheelchair and a cane for the past few months because of a knee ailment, sat through most of the Mass but read his homily in a strong voice and often went off script. He told the crowd how the pilot of the helicopter that brought him from Rome had to circle for some time because of thick fog in the mountainous area before finding an opening in the mist. He compared this to seizing an opening from God in one’s life.

Although Francis has quashed rumors that he plans to resign anytime soon, the visit underscored the Catholic Church’s need to regulate the status of pontiffs who step down.

L’Aquila was hit by a devastating earthquake in 2009 that killed 309 people, injured several thousand, and destroyed many buildings.

At the start of Sunday’s visit, Francis donned a grey fire fighter helmet and was taken around the ruins of the city’s cathedral, which is being reconstructed. – Rappler.com