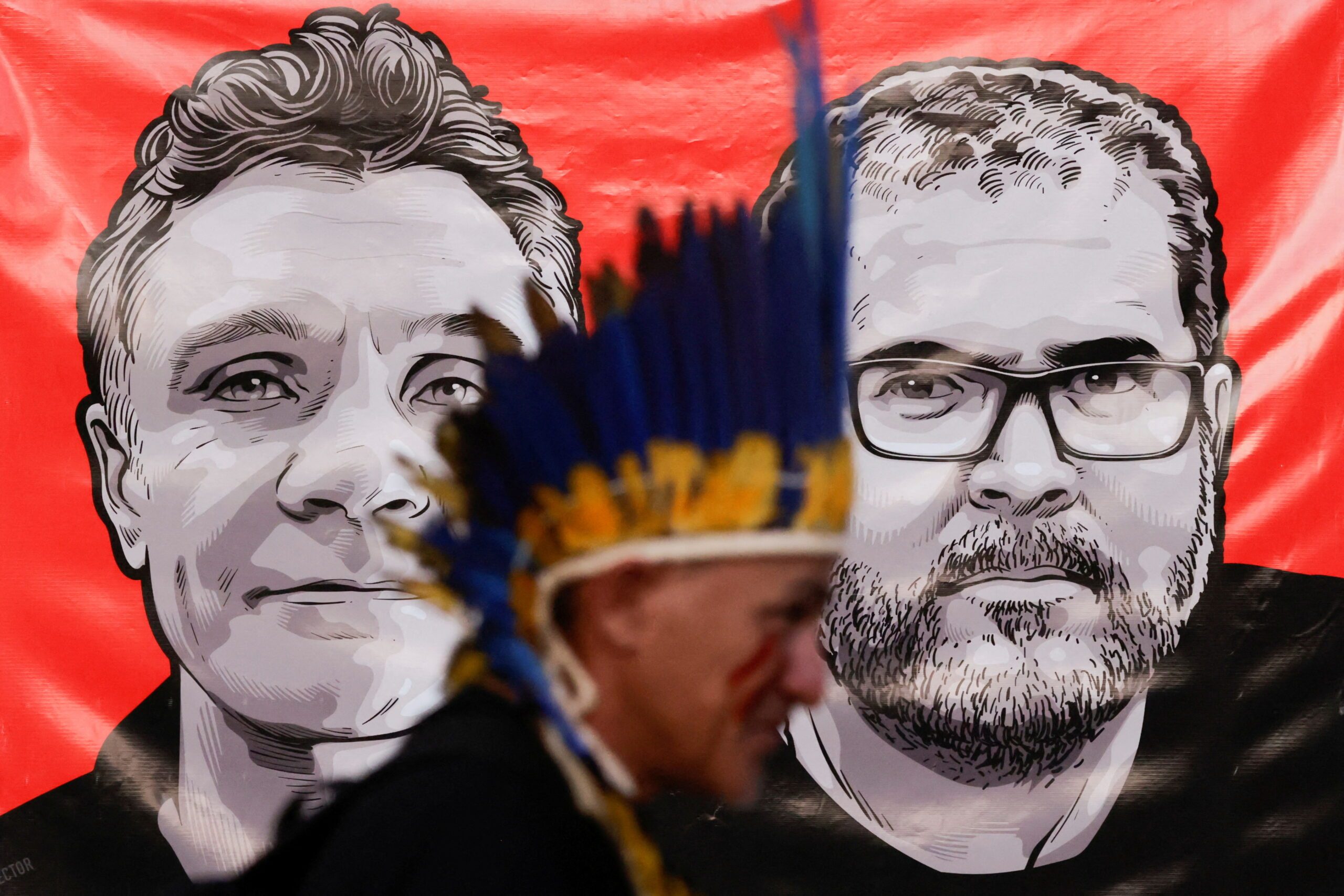 BRAZIL PROTEST. In this file photo, a demonstrator takes part in a protest against Brazilian President Jair Bolsonaro's government, Brazil's National Indian Foundation's President Marcelo Augusto Xavier da Silva and for the search for British journalist Dom Phillips and indigenous expert Bruno Pereira, who went missing while reporting in a remote and lawless part of the Amazon rainforest near the border with Peru, in Brasilia, Brazil June 15, 2022.

Brazil’s federal police said on Monday, January 23, they had a “strong conviction” a gang leader known as “Colombia” ordered the brutal murders of British journalist Dom Phillips and indigenous expert Bruno Pereira, killed in the Amazon rainforest in June 2022.

The gang leader, Ruben Dario da Silva Villar, is already in police detention after being charged along with three other people for double homicide and concealment of corpses.

Villar allegedly planned the killings because Pereira, a former head of isolated and recently contacted tribes at federal indigenous affairs agency Funai, was carrying out inspections of illegal fishing operations, causing major losses to Villar’s criminal group, the police said in a statement.

According to police, Villar was the leader and key financier of an armed criminal group engaged in illegal fishing in the Amazon. Villar, a Colombian national, has also been charged for use of a false document after allegedly using a fake birth certificate to work in Brazil, as well as using a fake Peruvian identity.

Pereira and Phillips vanished last year in a trip to the remote Javari Valley, on the border between Peru and Colombia. Days later, a fisherman who had confronted indigenous patrols in the area confessed to killing them.

Phillips, a freelance reporter who had written for outlets including The Guardian and Washington Post, was on a trip with Pereira doing research for a book. – Rappler.com