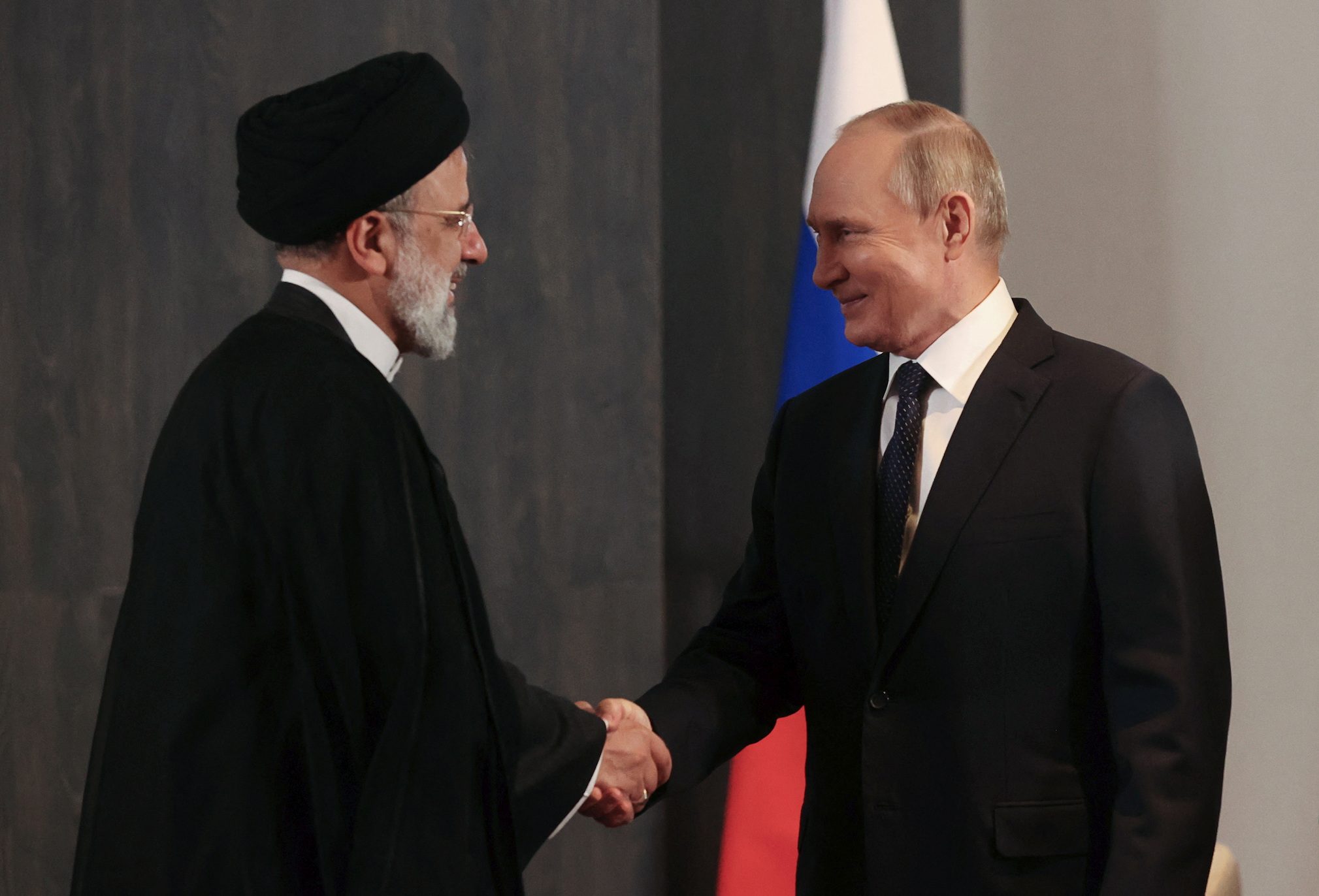 Facebook Twitter Copy URL
Copied
The Shanghai Cooperation Organization was formed in the 2001 as a talking shop for Russia, China and ex-Soviet states in Central Asia and expanded four years ago to include India and Pakistan

DUBAI, UAE – Iran has moved a step closer towards becoming a permanent member of a China and Russia-dominated Asian security body, as Tehran seeks to overcome economic isolation imposed by US sanctions.

Foreign minister Hossein Amirabdollahian on Thursday, September 15, said Iran had signed a memorandum of obligations to join the Shanghai Cooperation Organization, which is holding a summit this week in Uzbekistan.

The body, formed in the 2001 as a talking shop for Russia, China and ex-Soviet states in Central Asia, expanded four years ago to include India and Pakistan, with a view to playing a bigger role as counterweight to Western influence in the region.

“By signing the document for full membership of the SCO, now Iran has entered a new stage of various economic, commercial, transit and energy cooperation,” Hossein Amirabdollahian wrote on his Instagram page.

Iranian President Ebrahim Raisi was in the Silk Road oasis of Samarkand, Uzbekistan on Thursday to attend the summit. He held a bilateral meeting with Russian President Vladimir Putin, Iranian state TV reported.

Last year, the central Asian security body approved Iran’s application for accession, while Tehran’s hardline rulers called on members to help it form a mechanism to avert sanctions imposed by the West over its disputed nuclear program.

Iran will now be able to take part in the body’s meetings, although it is likely to take some time to achieve full membership, deputy secretary-general of the organization Grigory Logvinov told Russian state TV, which also reported the signing.

Iran’s economy has been hit hard since 2018, when then-US President Donald Trump abandoned Tehran’s nuclear deal with world powers, including Russia and China.

Months of indirect talks between Iran and US President Joe Biden’s administration have hit a dead end over several obstacles to reviving the nuclear pact, under which Tehran agreed to curbs on its nuclear program in return for the lifting of sanctions.

The US sanctions and growing concerns about an emerging, US-backed Gulf Arab-Israeli bloc that could shift the Middle East balance of power further away from Tehran have prompted Iran’s clerical rulers to pursue closer economic and strategic ties with Russia, itself hit with sanctions over the invasion of Ukraine.

“Iran is determined to boost its ties with Russia, from economic to aerospace and political fields,” Raisi said during his meeting with Putin, according to Iranian state media.

In July, just days after Biden visited Israel and Saudi Arabia, Putin visited Tehran in his first trip outside the former Soviet Union since the February 24 invasion of Ukraine.

Putin said on Thursday that a delegation of 80 large companies will visit Iran next week, Russian state-owned news agency RIA reported, in another sign of the growing ties with Iran. – Rappler.com