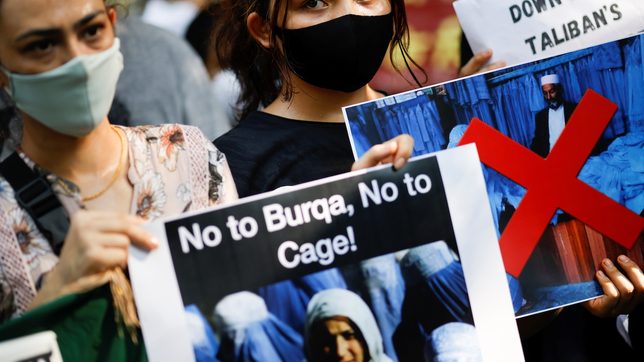 From television screens and universities to the national parliament, Afghan women spent two decades battling to have their voices heard and their faces seen. In a matter of days, they are disappearing from public view.

Following the Taliban’s lightning fast takeover of Afghanistan this month, some rights and aid organisations have been removing pictures of female beneficiaries, staff, and other local women from their websites, officials, and employees said.

“(Content) will be uploaded again once we see a reassuring sign on what’s happening on the ground,” he said, describing the current situation in Afghanistan as a “gender emergency.” 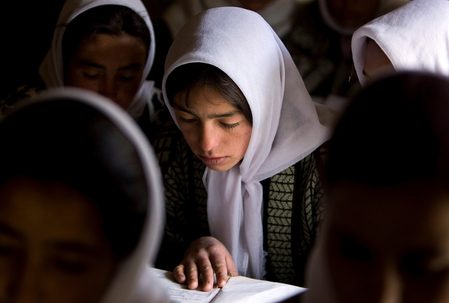 Naciri said the move to remove photographs was temporary and did not mean the organization was abandoning Afghan women, but rather taking precautions as it seeks to ensure the Islamist militant group keeps recent promises to protect women’s rights.

Some rights campaigners expressed concern that deleting women’s pictures could inadvertently bolster the ideology of removing women from public life that was strictly imposed during the Taliban’s 1996-2001 rule.

But amid fears that any digital footprint could be used to target people, at least five international agencies told the Thomson Reuters Foundation they were taking down photos that identified Afghan women, children, and staff.

A spokesperson for Oxfam, who asked not to be named, said they were “proactively removing (content) as a precaution.”

The charity restored a revised version of its Afghanistan page on Friday after the site briefly went offline last week, while UN Women replaced its local page with a statement and removed the country from a list of places where it operates.

Amnesty International has said thousands of Afghans – including academics, journalists, and activists – are “at serious risk of Taliban reprisals” since the militants’ seized power just over a week ago.

One aid worker, who declined to be named, said many colleagues had gone into hiding.

Representatives of most charities – working to boost women and girls’ access to health care, education and work – declined to be identified as they did not want to draw the militant group’s attention to themselves or their websites.

Thousands of people have been scrambling to delete their digital history since the Taliban took control, fearing the content could be used to track and target them.

Individual Afghans and advocacy groups have reported harsh retaliation against protests, and roundups of those who formerly held government positions, criticized the Taliban or worked with Americans.

Former officials have recounted hiding from the Taliban in recent days as gunmen went from door to door. Although the group has sought to present a more moderate face since its takeover, saying women’s rights will be protected under the framework of Islam, the Taliban ruled with an iron fist when previously in power.

It enforced a strict interpretation of Islamic law that included public flogging and stonings.

Women had to wear a burqa – a garment that fully covers the face and body – and were barred from school, work, or leaving the house without a male relative.

Two human rights organizations, including Amnesty, said that while they understood the risks, women must remain visible in Afghan society.

“Women’s presence and their contribution should not disappear,” said Samira Hamidi, Amnesty’s Colombo-based South Asia campaigner and an Afghan national.

“It will be very disappointing if everybody were to address this issue in a way that because women are in danger, we will shut down everything about them…. That would actually promote or support what the Taliban want.”

A senior member of another human rights organization, who asked not to be identified, said the group was carefully evaluating the risks.

“We don’t want to endanger people…but we also don’t want to do the Taliban’s work for them by erasing women unnecessarily,” the campaigner said. 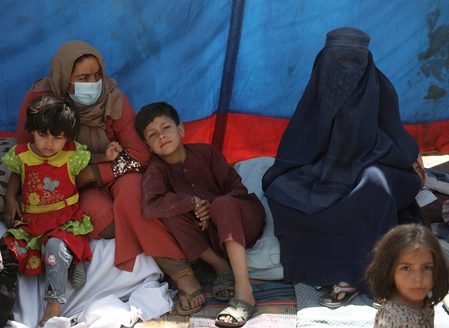 It is not just online that images of women are being expunged.

In the capital, Kabul, business owners have whitewashed or removed pictures of women from beauty salons and tailors’ shops in fear of possible reprisals.

Heather Barr of Human Rights Watch, who has worked with women in Afghanistan for more than six years, said a new generation of Afghan women who have made major strides in work and education would not tolerate being purged from public life.

“This was intolerable in 2001, but in the last 20 years women’s lives have changed a lot,” she said.

“Trying to remove them from public space is to deny their humanity.” – Rappler.com