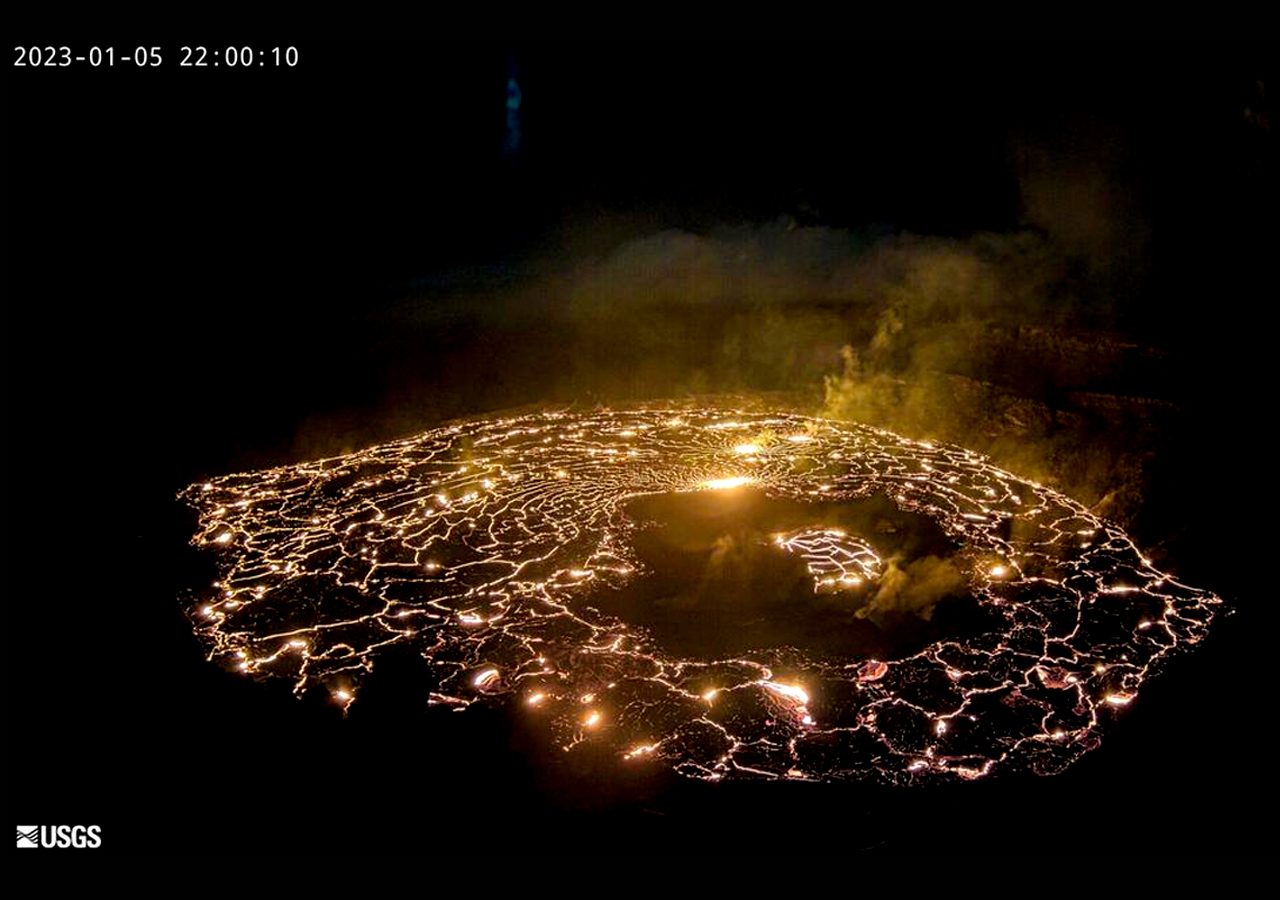 Facebook Twitter Copy URL
Copied
Known to be the younger and more active neighbor of Mauna Loa, the Kilauea volcano has been erupting since 2021

The Kilauea  volcano in Hawaii began erupting on Thursday, January 5, the US Geological Survey’s volcanic activity notice said, after detecting a glow in the summit producing smog that is confined within the Hawaii Volcanoes National Park.

The  volcano alert level was raised to “Red” after an evaluation of the eruption and associated hazards, the notice said.

USGS said the volcanic gas, which consists of sulphur dioxide and other gases, could produce a visible haze of volcanic smog, known as “vog,” which has been observed in the downwind of Kilauea.

Known to be the younger and more active neighbor of Mauna Loa, which erupted in November for the first time since 1984, the Kilauea volcano has been erupting since 2021.

However, Mauna Loa’s eruption has had no impact and remains quiet, USGS said. – Rappler.com