We are publishing a series from Rappler employees and contributors, old and new, as part of our commemoration of Rappler’s 10th anniversary in January 2022.

MANILA, Philippines – I still vividly remember my first week in Rappler as a digital content strategist. It was a month after Pope Francis’ visit to the Philippines in 2015. The newsroom was on a high after a successful coverage.

Gemma Mendoza, Rappler’s content strategy head then, took note of how, by simply changing the word “itinerary” to “schedule” in a headline, one move brought high and steady traffic to a news website that had just turned three years old. Indeed, readers were searching not for the Pope’s itinerary but for his “schedule.”

It was a good sign for me that Rappler, a social news network, was conscious of how it would address readers’ interest not only through their social posts but also through their search habits. Still, coming from a private marketing company where topics were very specific, I was scared and grasping for strategies to implement for a fast-paced newsroom.

How could I make the reporters, editors, production team, researchers, and artists understand the impact of being visible on search engines? How could we infuse tactics into the daily grind? How could I explain that an algorithm update could shift their stories from the top results to page two without warning? How could I make Rappler’s stories gain prominence among priority topics when coverage was also dependent on breaking news? How could I explain to the team that ranking and visibility takes time, that it’s not an overnight task?

Google’s algorithm updates during this period repressed thin, spun content, spam, link farms, pages with intrusive ads, and articles that used keyword stuffing techniques – and bumped up websites that produced unique, fresh, relevant, and authoritative content. This fit into our own core as a news organization, and so everything fell into place.

I was further encouraged when I got to know more about Rappler’s advocacies to produce content on corruption, hunger, human rights, impunity, disaster preparedness, and governance down to the local government level. This was on top of other public interest and breaking news-driven topics. Immersed in the daily news cycle, we all learned to integrate what we needed to report on with what people were looking for.

Google’s updates eventually became broader and in some ways more transparent. Rappler’s strategies were able to weather those changes. The road has not always been smooth, but we were able to bounce back because publishing expert, authoritative, and trustworthy content and executions was at the heart of what we did.

For context, organic search is web traffic coming from unpaid or natural results from a search engine. These are the results that appear when a person types a term on Google or Bing or any other search engine. Growing visibility in search engines is beneficial for news organizations because readers are seekers. They can bring consistent, steady increase in readership and engagement.

Contributing to Rappler’s growth made me grow as a person as well. For the first 10 years after getting my journalism degree, I had given up hope that I would ever work in the news industry. Thus I felt that I had a career renaissance when I got accepted into Rappler.

Being able to closely work with content units made me more socially aware and remember why I chose to pursue a degree in journalism. Seeing firsthand Rappler’s commitment to gathering, writing, organizing, publishing, and distributing stories made me feel that I was a part of something bigger than myself, and it continues to keep me grounded and humble seven years into the job. This motivates me to put my best foot forward every single day, knowing that someone is bound to read our reports, and that those reports might lead them to act and help others.

I’ve witnessed most of the online attacks against Rappler firsthand, but the one that I did not get to see in the newsroom was Maria Ressa’s arrest during Valentine’s week of 2019. It was 30 minutes before 5 pm, I was preparing to go home, and the last thing I told my teammates was that it had been a slow news day. I was already on my commute when I learned what was happening. Rappler immediately went live on Facebook to document the arrest. My phone notifications were nonstop from all the internal communication channels. I was tearing up in a jam-packed train, because I felt guilty for saying that it had been a slow day. I felt like I had jinxed the day somehow. And I wanted to go back to the newsroom and be with everyone.

When Maria entered the office doors the next day, right after posting bail, we all stood and clapped unprompted. I clapped because I was working for a brave person, and for a brave organization made up of brave people.

In the years leading to our 10th anniversary this month, I helped craft strategies not only to help Rappler stories become more visible online but also to make our content triumph in a sea of disinformation and lies.

If our stories can help students get the references they need for research, or prepare a family for a typhoon, or verify for a netizen information he’d heard on social media, or guide a citizen in voting wisely during elections, then that’s a job well done for the day.

My wish for Rappler

Having become an “ate” or a big sister in the newsroom, my wish for Rappler is that it will continue marching on, even during the bad or jinxed days, as it always has. I hope we will continue putting public interest at the core of our stories, and learning from our trauma, mistakes, and lapses. Hopefully, these lessons will help shape the next generation of Rapplers 10 years from now. – Rappler.com

CJ has been a content strategist for Rappler since 2015.

CJ Maglunog has been a content strategist for Rappler since 2015. Her work includes optimizing stories for various platforms. She’s a journalism graduate from Centro Escolar University.
More from CJ Maglunog 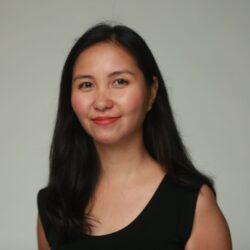