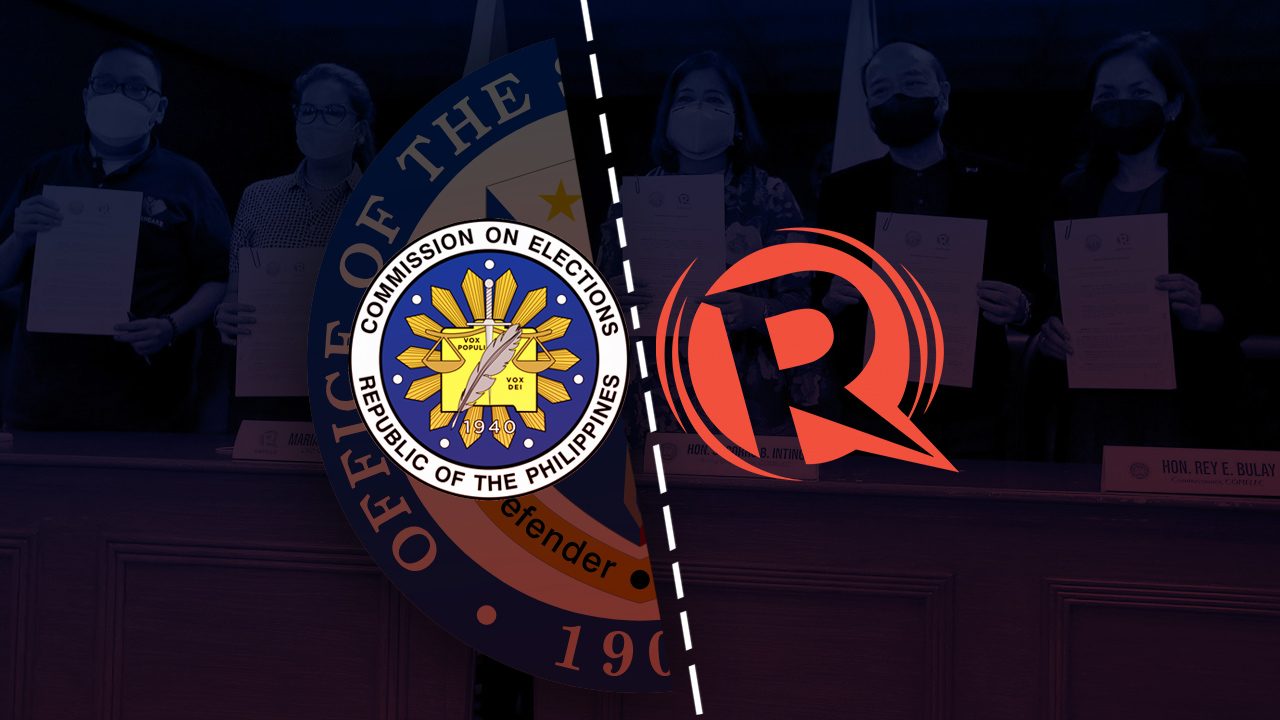 Facebook Twitter Copy URL
Copied
Rappler hopes that the new chairman and commissioners will deliberate on the matter with the impartiality, wisdom, and courage expected of an independent constitutional body

The unilateral decision of Comelec Commissioner Socorro Inting to hold the implementation of our memorandum of agreement is regrettable.

The Comelec’s own lawyers studied the contract with Rappler and found no legal obstacles. It was signed by both parties in good faith on February 24, 2022, with the intent of ensuring transparent and credible elections.

It is unfortunate that Commissioner Inting, who signed off on this agreement as acting chairman less than two weeks ago, and who declared just a day ago that the commission would await the Supreme Court’s decision on the matter, has gone ahead and unilaterally given instructions to set our agreement aside.

The instruction was given on March 8, on the same day that the new chairperson of the Comelec was sworn into office, and apparently without consulting the Comelec en banc.

It is equally lamentable that Rappler, as the other party to the agreement, was not officially informed about Commissioner Inting’s memorandum beforehand. Instead, the information and memo were leaked to a TV station associated with disinformation and online attacks on journalists and independent media. We have not received an official copy of the memorandum as of 10 pm on Tuesday, March 8, four hours after it was leaked.

This decision is based on the false and unsubstantiated claims of the Solicitor General, who is obviously acting on behalf of partisan interests that are being threatened by Rappler’s independent reporting.

Rappler maintains that the partnership agreement with the poll body stands on solid legal ground. It is no different from previous agreements that the Comelec has had with Rappler every election since 2013. The level of access it gives to Rappler is no different from those given to other legitimate media organizations, as Comelec itself pointed out.

Rappler is asking the commission en banc to deliberate on the matter in the same way it did when it approved the MOA as a collegial body. This decision should be based on fact and not unproven accusations that cannot stand in court. This partnership is not just about Rappler but about engaging free and independent media to bring about transparent and more credible elections.

We hope that the new chairman and commissioners will bring to the discussions the impartiality, wisdom, and courage expected of an independent constitutional body. – Rappler.com