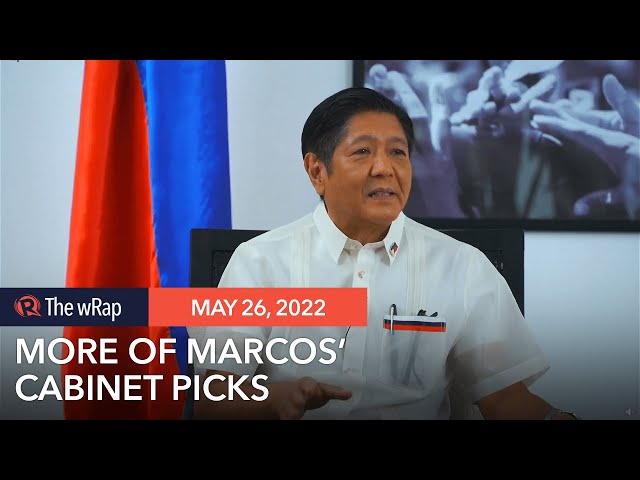 MANILA, Philippines – President-elect Ferdinand Marcos Jr. on Thursday, May 26, named former University of the Philippines (UP) president Alfredo Pascual as his trade secretary.

Pascual served as president and co-chair of the UP Board of Regents from 2011 to 2017. (Editor’s Note: An earlier version of this story stated that Marcos referred to Pascual as his “friend.” The president-elect’s childhood friend is incoming Special Assistant to the President Antonio Lagdameo Jr., whose appointment was also announced in Marcos’ briefing. Rappler regrets the error.)

The development banker and finance expert was also adviser to various organizations, including the Philippine Institute for Development Studies and the World Health Organization.

He is also the current president of the Management Association of the Philippines.

Pascual will succeed Secretary Ramon Lopez at the Department of Trade and Industry (DTI).

“With his competence, integrity, energy, and a wide range of experience in different industries, I know he will steer DTI towards greater heights in the years ahead. He is an excellent choice!” Lopez said in a statement on Thursday. – Rappler.com