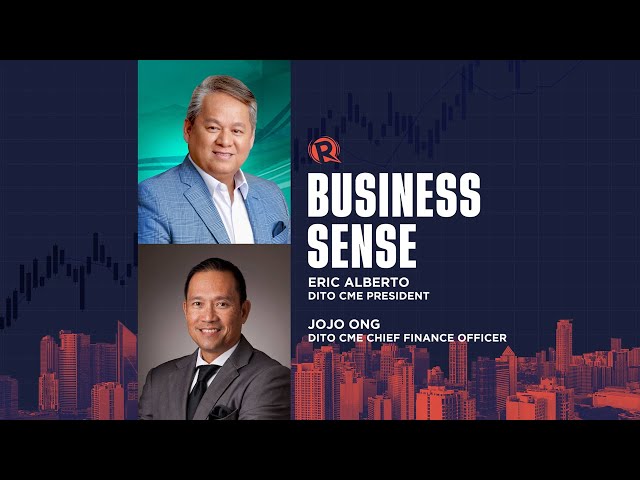 Bookmark this page and watch the interview on Tuesday, January 25, at 6 pm

So far, Dennis Uy’s Dito Telecommunity has launched in over 500 cities and municipalities, and attracted over 5 million subscribers.

In this episode of Business Sense, Dito CME president Eric Alberto talks about the company’s achievements and goals, hints of their strategies for their broadband rollout, and the proceeds of their recently concluded stock rights offering.

Alberto, alongside chief finance officer Joseph John Ong, also addresses concerns over the company’s debt and finances, as well as the impact of the upcoming 2022 elections.

The two executives also weigh in on easing foreign equity restrictions, should the government lift the cap set by the Constitution. – Rappler.com