86% of Meralco customers without power 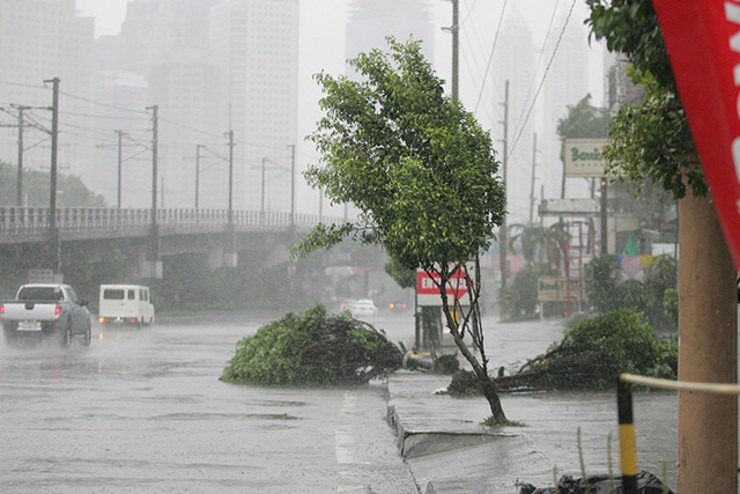 In a statement sent to media past 1 pm, power distributor Manila Electric Company (Meralco) said 86% of its customers were without power.

“Meralco is also currently assessing the extent of damage in its distribution facilities including poles, transformers, wires, and subtransmission lines. It is also currently repairing its damaged facilities and is doing its best to be able to restore power in affected areas,” the company said.

In an earlier post on its Twitter account, it said 90% of its franchise area was without power. It said the eastern and southern parts, particularly the Calabarzon (Cavite, Laguna, Batangas, Rizal and Quezon) area, were heavily affected.

Around 90% of Meralco’s franchise area is experiencing power outage brought about by downed poles, lines and (cont) http://t.co/yEG42u694U

Meralco distributes electricity to nearly 5.2 million customers in 34 cities and 77 municipalities in Luzon, including Metro Manila.

The eastern and southern parts of the franchise area of Meralco have no power as of this time due to typhoon (cont) http://t.co/Q9euP4WEWB

Meralco said it was not sure when power would be restored, especially in Calabarzon. It said the restoration would depend on the extent of damage to its facilities and the volume of debris to be cleared.

Meralco said that transmission lines of the National Grid Corporation of the Philippines (NGCP) in south Luzon were destroyed by the typhoon. Generation plants in the south were unable to deliver power to Meralco.

“With the total outage of supply from the south, efforts to convey power from the northern grid is being undertaken,” said the utility firm.

NGCP, in its own statement, enumerated the transmission lines and facilities downed by the typhoon:

“NGCP has mobilized its line crews and is currently conducting ground patrols to inspect and assess the impact of the tropical storm to its operations and facilities, particularly in Samar and Albay,” the country’s power grid operator said.

As of 10 am, the typhoon’s eye was located 35 kilometers southeast of Subic, Zambales, or in the vicinity of Bagac, Bataan, PAGASA said.

It slightly weakened after passing through much of Calabarzon, now with maximum sustained winds of 140 km per hour (km/h) near the center and gusts of up to 170 km/h as it moves northwest at a speed of 25 km/h.

It will soon reach Subic, Zambales, and is forecast to move towards the West Philippine Sea, off Zambales, by noon. It will leave the Philippine Area of Responsibility by Thursday morning, July 17. – Rappler.com