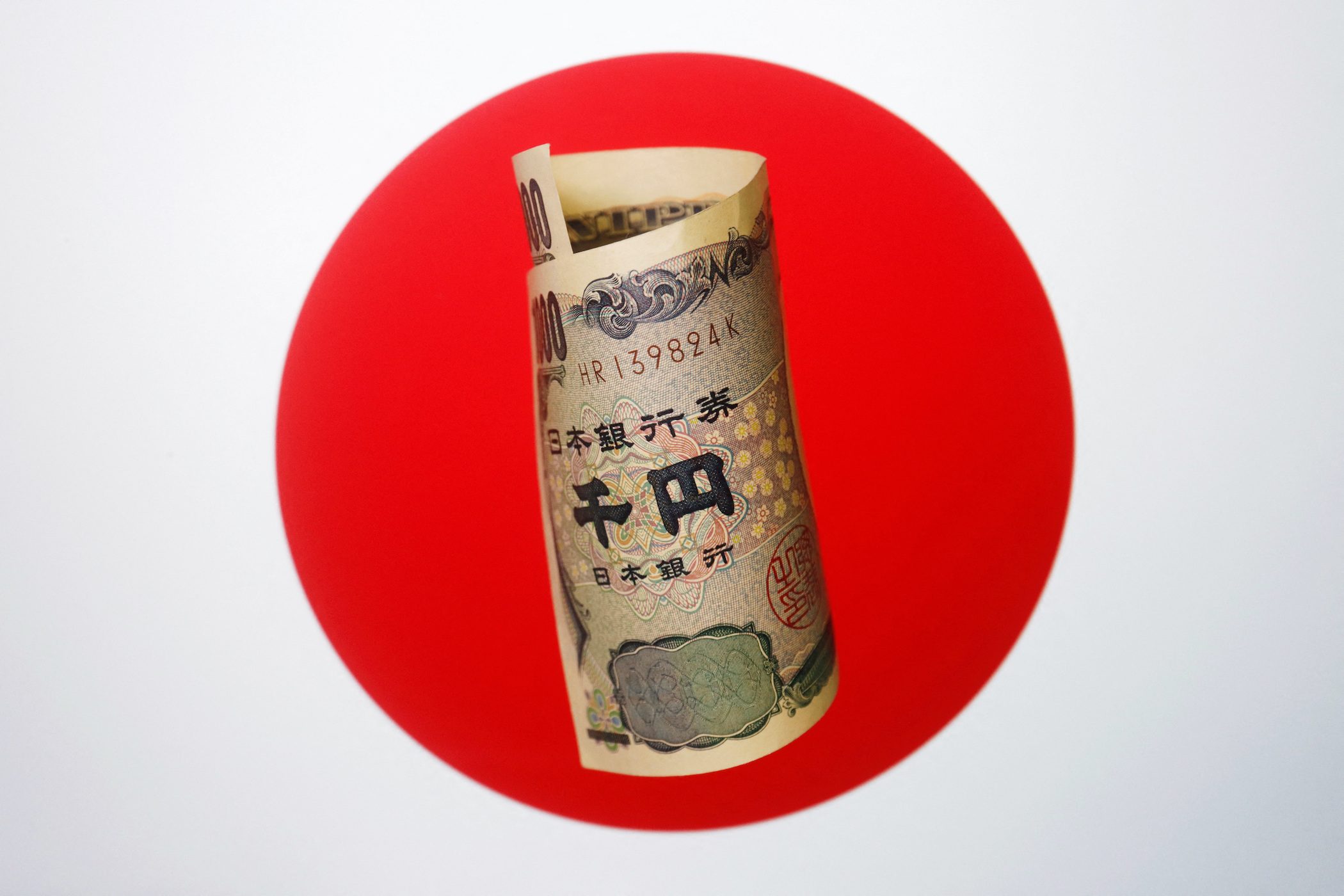 YEN. A Japanese yen banknote is seen in this illustration taken June 15, 2022.

Facebook Twitter Copy URL
Copied
The yen has already lost more than 20% of its value in 2022. Most banks and analysts expect the slide will continue.

Japan‘s threats of currency intervention might slow but not stop the yen from hurtling towards three-decade lows before the year-end, market analysts and fund managers say.

The yen has already lost more than 20% of its value this year to reach a 24-year trough at 144.99 per dollar last week, including a more than 7% tumble over the past month alone.

While it found brief respite after the Bank of Japan (BOJ) purportedly made rare checks on market levels this week, which is seen as a precursor to possible direct intervention, most banks and analysts expect the slide will continue.

They say the yen could soon hit a 32-year low of 150 per dollar or beyond as the BOJ stays isolated in its uber-dovish policy stance while its global peers hike rates aggressively to battle inflation.

The BOJ’s next policy update comes on Thursday, September 22, when it is mostly expected to press on with its yield curve control policies that pin the short-term rate at -0.1% and the 10-year yield around zero via massive bond-purchases.

Heightening the contrast with other developed markets, the decision will come a day after the US Federal Reserve‘s latest rate-setting announcement, with traders fully pricing another 75-basis-point hike that will take rates there above 3%.

Such a dynamic is destined to keep the yen falling, and the fact that it is “super-undervalued” already on many metrics means nothing until the BOJ shifts policy, said Tohru Sasaki, head of Japan markets research at JP Morgan Securities in Tokyo.

“We’re riding in a car down a slope with broken brakes…unless we fix the brakes, it will just keep going down,” Sasaki said. “There is no reason to think the yen will stop at 145 or 150 as long as all the fundamental factors remain the same.”

Masayuki Kichikawa, chief macro strategist at Sumitomo Mitsui Asset Management, agrees that a dovish BOJ will imply a persistently weak yen. “Once the dollar crosses the 145-yen line, the next target should be 150,” he said.

The BOJ is the last remaining dove among the Group of 10 central banks. New Zealand’s Reserve Bank was one of the first out of the gate nearly a year ago and even holdouts like the Swiss National Bank have tightened policy.

To be sure, Japan’s economic situation is different. Prices are rising, but mainly due to energy costs and exacerbated by the weak currency. Wage growth remains tepid, and consumer inflation just above the BOJ’s 2% target contrasts with 8.3% in the United States and around 10% in Britain.

Bark vs bite on intervention

The hurdle for the BOJ to actually buy yen to strengthen it is high, with analysts expecting Japan will not find any backing for that cause from US authorities or other major central banks.

Shinichiro Kadota, senior FX strategist at Barclays, says the United States will be loath to join any intervention, given it needs a strong dollar to tame inflation at home.

Barclays, though, sees the yen gradually recovering toward 130 next year as US inflation peaks and the Fed slows the pace of tightening. But it all depends on the Fed, with the BOJ’s policy stasis rendering it just a passenger.

“The Fed is driving, and the BOJ is in the back seat,” Kadota said.

Japan’s biggest bank, Nomura, agrees that the Fed is the focus for dollar-yen traders.

“The yen only stops falling when the Fed stops hiking rates in my view,” said Naka Matsuzawa, Nomura’s chief Japan macro strategist, who sees 150 as the yen’s next target.

“The BOJ won’t even consider normalizing policy before knowing where the Fed stops, and whether the global economy can avoid a recession.” – Rappler.com