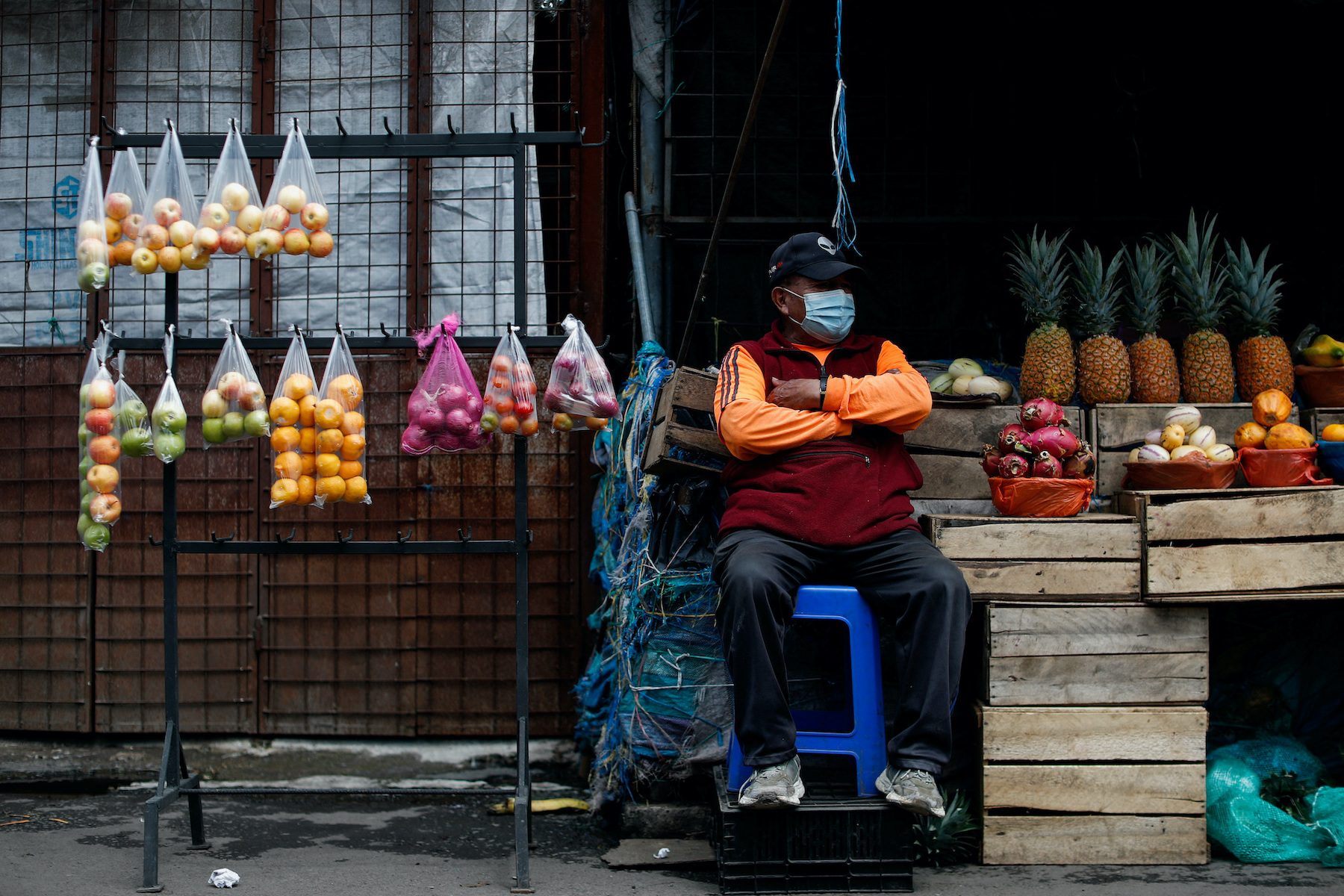 Facebook Twitter Copy URL
Copied
Inflation is stoking anger and discontent in the already volatile region of Latin America, which is a key global supplier of copper, corn, wheat, and soy

Latin America‘s leaders have pulled no punches in the battle against inflation. The region has some of the highest interest rates in the world, with Mexico’s central bank making a record rate hike this week. But so far they are losing.

While the world grapples with rising food and fuel prices linked in part to Russia’s invasion of Ukraine, Latin America stands out. It accounts for around half of the top 10 policy rates among larger global economies, Refinitv Eikon data show.

The resource-rich region’s struggle to tamp down prices, despite the aggressive tightening of monetary policy, sends a warning globally about how tough inflation busting will be. It’s also stoking anger and discontent in an already volatile region, which is a key global supplier of copper, corn, wheat, and soy.

“We’re fighting against prices. Inputs are exorbitant,” said Argentine truck driver Marcelo Vicente next to a road blockade against rising fuel prices and scarcity of diesel. Truckers are threatening to block exports.

In Ecuador, indigenous groups are leading major protests that have at times turned violent against the government of President Guillermo Lasso, complaining about high food and gas prices. Rising costs have also stoked unrest in Peru.

The Bank of Mexico on Thursday, June 23, implemented a record rate hike and signaled more were in the pipeline with annual inflation at a 21-year high. Brazil hiked rates last week and Argentina did a 300-basis-point hike to 52% earlier in June.

But inflation has continued to climb, hitting ordinary Latin Americans in a region where labor informality is high, food and fuel make up a huge chunk of family budgets, and there is stark inequality.

“Everything has gone up in price, salaries don’t stretch far enough,” said Andrea Puente, a teacher at a middle school in Mexico City. “Each time you go to the market or the supermarket you can buy less. Everywhere things are more expensive.”

Argentine President Alberto Fernandez declared “war” against inflation earlier this year. In May, Mexican President Andres Manuel Lopez Obrador laid out a grand plan bring down the price of food staples such as corn, rice, and beans. On Friday, June 24, he said he would propose crafting a joint anti-inflationary plan to his US counterpart Joe Biden.

In Brazil, President Jair Bolsonaro has also been pushing for a range of inflationary relief measures, including cutting fuel taxes and providing cooking gas vouchers. He’s butted heads with state energy firm Petrobras over fuel price hikes. Consumer prices there rose above forecasts in the month to mid-June.

But analysts said there was no easy solution for the region’s woes.

“I would not put too much faith that this is going to be a silver bullet to deal with inflation. It’s not,” said Goldman Sachs economist Alberto Ramos, referring to Mexico’s anti-inflation push. He added the impact of rate hikes was dampened because there are more people outside formal banking and credit systems.

Supply chain disruptions are hitting nations globally, forcing the US Federal Reserve into a major hike this month. The Russia-Ukraine war has snarled food and fuel supply, while pandemic lockdowns in China have hit shipping.

Fears of a global recession are rising, which is giving investors the jitters who have pulled back from some riskier emerging markets, hurting equities and bonds.

On the ground, many are simply trying to get by day-to-day where the impact of inflation is increasingly visible. In Argentina, inflation is above 60% despite the rate hikes and is expected to top 70% by the end of the year.

“The money we have is just not enough because one day you pay 100 pesos for a liter of milk and another it’s 150,” said Erica Sosa, a social cooperative worker in Buenos Aires and protest organizer raising awareness of poverty and hunger.

“Every day it’s the same. Every day prices rise.” – Rappler.com