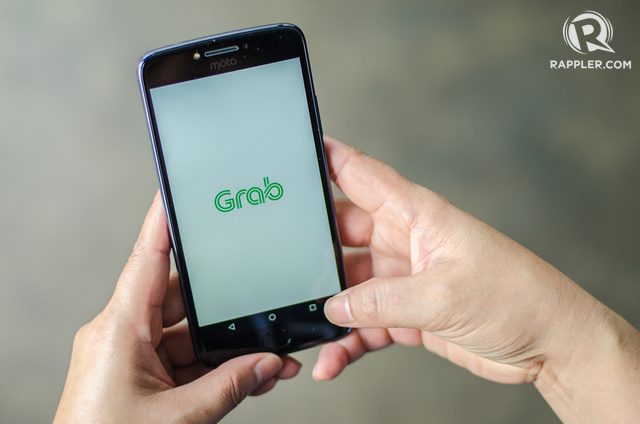 Facebook Twitter Copy URL
Copied
'Because all of that technology is there, may danger ng potential dominance, and because of previous behavior, may possibility na baka magtaas ng presyo,' says Marikina congresswoman Stella Quimbo

Quimbo, who previously served as the PCC commissioner assigned to the 2018 Grab-Uber acquisition case, made the call at the House Committee on Metro Manila Development’s hearing on allegations that Grab’s buyout of Move It sidesteps government regulatory bodies.

(We are counting on the PCC. You are an ally of consumers. You are overseeing a regulated entity. And while in the motorcylce taxi market, it appears there are no violations on the surface, since the market share is so small at this point in time because Move It is a small payer. But what I’m saying is keep an eye on the potential dominance because we know how platform markets work.)

Quimbo pointed out that although Move It’s current market share is small, Grab would likely use its existing platform to rapidly crowd out the fledgling motorcycle taxi market.

“Sa ganitong klaseng larangan, paunahan sa pagcapture ng buong market. So this is one step in, and given that the technology is there, they actually have a good app. And because all of that technology is there, may danger ng potential dominance, and because of previous behavior, may possibility na baka magtaas ng presyo. ‘Yun lang ang aming request sa PCC, na dapat bantayan na mabuti,” she said.

In March, the PCC ordered Grab to release the remaining P19.3 million worth of refunds to passengers, which stemmed from breaches in its pricing commitments after it acquired Uber in 2019.

Move It was among three motorcycle taxi operators approved by the Department of Transportation (DOTr) in its pilot study on motorcycle ride-hailing services. Grab had earlier applied as well, but the app was unable to gain the approval of the department’s technical working group (TWG).

Prior to the acquisition, Grab and Move It entered into a partnership allowing users to book Move It drivers through Grab. Within a week, the TWG suspended the partnership, stating that it made Grab appear as a “de facto member” of the pilot study. Before a year had passed, Grab acquired Move It for an undisclosed amount.

(We don’t call it a backdoor entry into the pilot study. The investment of Grab in Move It is a business decision.)

Hosaka highlighted that other participants in the pilot study also have their own investors, and that the DOTr did not oppose the buyout.

The Move It representative, Ann Danzel Albaña, dismissed concerns that fares would rise following the acquisition.

“If I may direct this committee’s attention to section 7 of the TWG guidelines, it already specifically provides for a fare matrix, which Move It follows, and Move It adheres to follow such fare matrix even after the acquisition,” Albaña said. 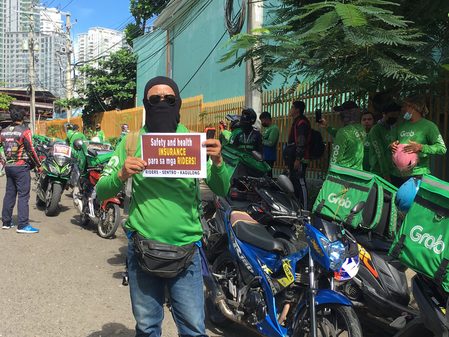 In an earlier press conference, Digital Pinoys national campaigner Ronald Gustilo pointed to how the fares of Grab significantly increased following its acquisition of Uber in 2018.

“In our experience, what used to be a P200 to P250 fare for a 25-kilometer trip is now averaging P500 to P800,” he said. “We know that the reason why two-wheeled ride hailing services are patronized by the consumer is that it is by far much more affordable than using Grab, and then now Grab will acquire Move It.”

The acquisition of Uber has left Grab as the dominant player in the transport network vehicle service market. Although the PCC has asked Grab to comply with pricing commitments following the acquisition, the ride-hailing service breached them multiple times.

This has led the anti-trust body to impose close to P40 million in fines on Grab. So far, the company has only complied with a limited portion of the refunds.

Following these findings, Quimbo pressed the PCC to closely monitor the pricing of Grab.

(I don’t think I can accept that you are waiting for the regulated entity to show their compliance. It’s clear that since the commission already has a decision to impose penalties for high prices, then you have findings that they really raise prices even though they are being watched.)

Grab has denied overcharging its customers.

“Regarding overcharging and shortchanging, Grab does not in any way overcharge its customers nor shortchange the income of its driver-partners,” said Grab Philippines external legal counsel Katrisha Kok. (READ: Grab says drivers earn more than minimum wage, but ‘social protection’ needed)

Following the hearing, Grab issued a statement that it supports the passage of a law to legalize the operation of motorcycle taxis around the country, and welcomes the entry of new motorcycle taxi operators. – Rappler.com