NEXT TOURISM CHIEF. Liloan Mayor Christian Frasco is chosen to be the next tourism secretary. 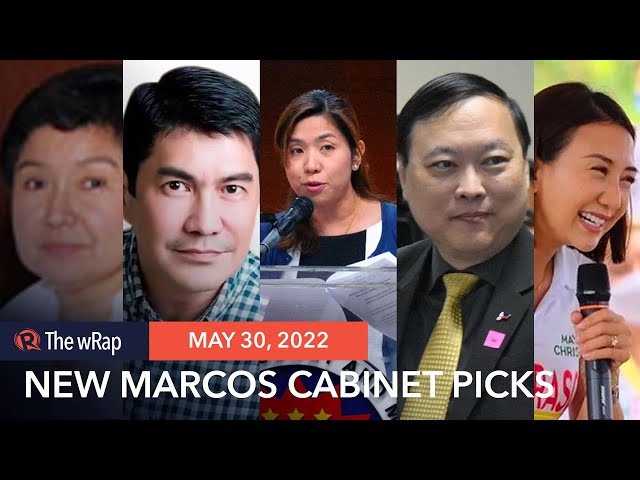 Frasco said that her experience in Cebu, where she had just been reelected as Liloan mayor, made her see firsthand how tourism could be a major driver of the economy and how effective governance could help revive the tourism industry.

“I am eager to support president-elect Marcos’ vision to revitalize tourism so it may significantly propel the Philippines’ post-pandemic economic growth,” Frasco said in a statement.

Frasco had just been reelected to a third term as mayor of Liloan town in Cebu. During the campaign, she served as the spokesperson of now vice president-elect Sara Duterte.

Frasco is part of the Garcia and Frasco political clans in Cebu. She is the daughter of incumbent Governor Gwendolyn Garcia and wife of Cebu 5th District Representative Duke Frasco.

In a statement, Tourism Secretary Bernadette Puyat welcomed Frasco’s appointment, and expressed hope that the “momentum toward revival, recovery, and resiliency of the tourism industry will be carried over to the new administration.”

“I will bow out of the department secure in the knowledge that the industry is back on its feet: borders have reopened and the livelihood of those dependent on tourism have gradually been restored,” said Puyat/

“The new tourism chief can bank on the remarkable gains of the Duterte administration that have piloted sustainable and regenerative tourism practices, not only on Boracay Island but also in many tourist destinations across the country,” she added.

With her acceptance of the Cabinet position in the incoming administration, Duke Frasco’s cousin, vice mayor-elect Aljew Frasco, will assume her post as Liloan mayor.

Frasco is part of Lakas-CMD and local party One Cebu.

She is a legal management graduate of the Ateneo de Manila University. She completed her law degree at the Ateneo Law School.

She also taught law at the University of San Carlos in Cebu. – Rappler.com