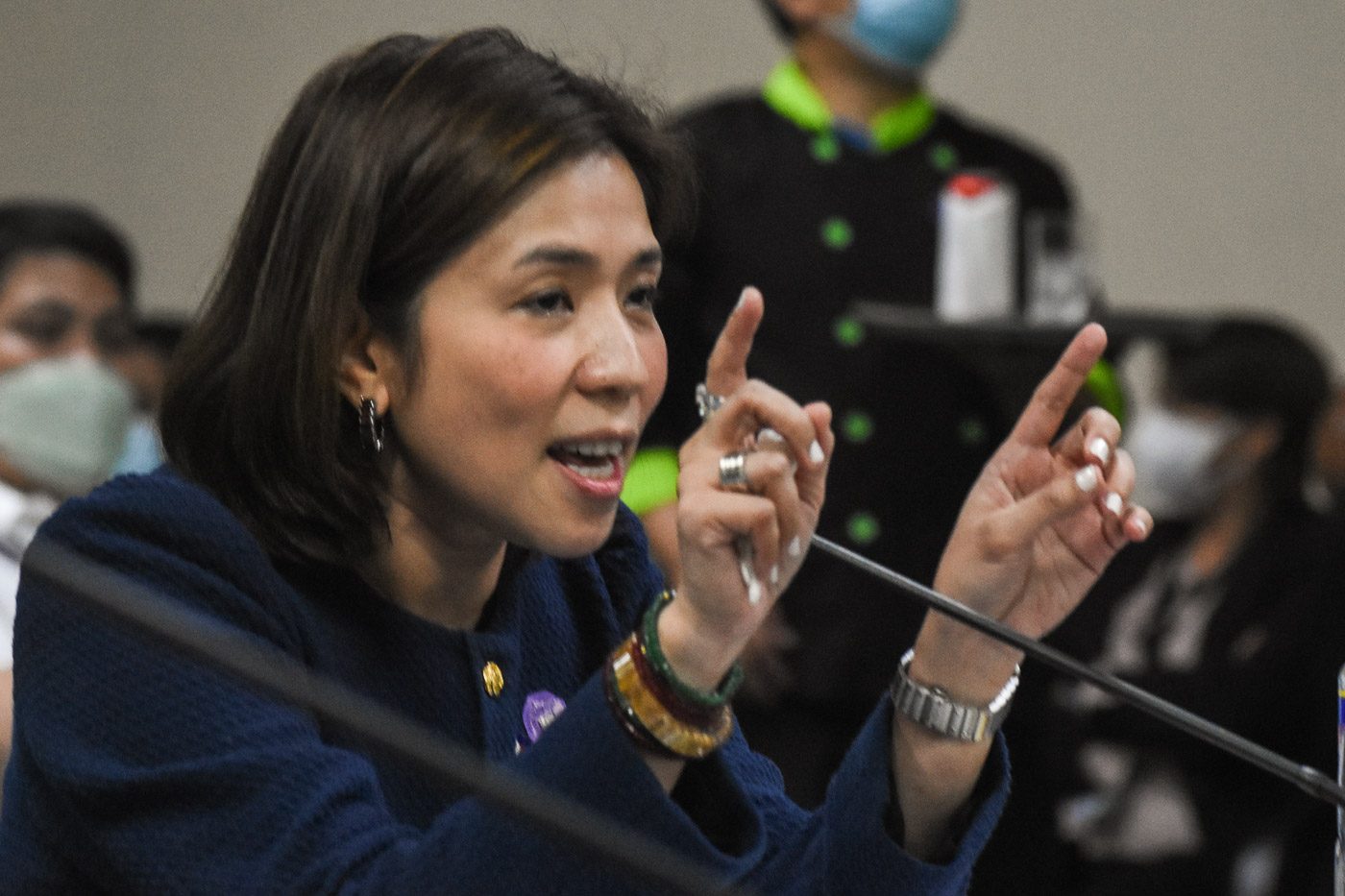 BUDGET SECRETARY. Budget Secretary Amenah Pangandaman is confirmed by the Commission on Appointments at the Senate on September 28, 2022. Angie de Silva/Rappler

Budget Secretary Amenah Pangandaman said that the international development organizations had been contacted over the years as the government toyed with the idea of establishing a sovereign wealth fund.

Pangandaman mentioned that the proposal for a Philippine sovereign wealth fund had been floated within the Bangko Sentral ng Pilipinas (BSP) as early as 2020, following the founding of the Indonesia Investment Authority (INA).

“During the pandemic, it was also the same time when INA, ‘yung sovereign wealth fund po ng Indonesia, was established. It was all over the news that time,” she said in the Kapihan sa Manila Bay news forum on Wednesday, December 14.

Diokno instructed Pangandaman and others to study the feasibility of setting up a similar fund in the Philippines. In doing so, she explained that INA had become the model that the BSP followed while formulating their own sovereign wealth fund. “They thought during that time na kailangan mag-separate sila ng fund (they had to separate a fund) to fund their developmental projects. Kalagitnaan po ‘yan ng pandemic ha (mind you, that was in the middle of the pandemic), when everyone was trying to find money and revenue for their own people. They started with only five billion dollars. Now, after two years, it’s 22.5 billion dollars.”

It was also during this time that the BSP had consulted with the ADB and IMF on establishing a sovereign wealth fund. However, the international development organizations advised against having the BSP establish the fund, as it would fall outside of the central bank’s mandate.

Because of these limitations, efforts to establish a sovereign wealth fund had been shelved until the filing of the recent House bill on the Maharlika fund. Pangandaman supported the new push for a sovereign wealth fund despite the country’s current economic conditions, a stance which she believes will also be validated by an upcoming report by the Milken Institute.

“Just this morning, part of our TWG was a meeting with the Milken Institute of Singapore. They will release soon a report, and then I think the report will say that the time is now. We don’t have to wait for it to start and create our own sovereign wealth fund,” she said.

“I think Secretary Ben Diokno is talking to World Bank. We will also start engaging again with ADB and IMF,” she added. (READ: World Bank ready to offer advice on Maharlika fund, if PH gov’t asks)

Critics had previously questioned whether now is the best time to start a sovereign wealth fund, pointing out bad macroeconomic conditions and the country’s poor debt levels.

For Pangandaman, the Maharlika fund could help the government pursue more development projects, especially given the limited space in the current budget. She also envisioned the fund to specifically focus on infrastructure, power, and energy, and telecommunications.

“Any measure, program, law, that will help our budget, given our limited space right now, is a welcome news for me and at least for the end of the DBM po,” she clarified.

‘We don’t have to be so scared’

Pangandaman emphasized that the bill had enough safeguards to protect the fund from being abused or mismanaged.

The Budget Secretary also pointed out the layers of audit, risk management, and oversight that the fund would be subjected to. She also added that the fund would abide by the Santiago Principles. (READ: NEDA chief advises caution over Maharlika fund: ‘It’s a governance issue’)

“That’s more than enough to at least make sure na ‘yung pondo po na ilalagay natin (the funds that we put in) will be put in good use,” she said.

Pangandaman also lauded the bill’s progress through the House, as she believed it was “high time” for a sovereign wealth fund that could help the budget.

The proposed Maharlika bill is currently being debated on the House floor. The bill will most likely secure the approval of the House of Representatives once a vote is called, with 251 out of 312 lawmakers already signifying their intent to become co-authors of the measure. “It’s high time to have one,” the budget secretary said. “For me po, it’s just follow the process. Whatever po ma-result, kung ipasa po ng Kongreso, mapirmahan (Whatever will be the result, if it passes Congress and gets signed), we’ll just implement it properly.”

“May mga TWGs, may mga report na po tayo (We have TWGs, we have reports), and there’s a lot of literatures all over about the establishment of sovereign wealth fund. Hindi po siya rocket science (It’s not rocket science),” she added. – Rappler.com