“We’re here to support SMART’s goal to inspire our Filipino fans to live their lives with passion and purpose…no matter the challenges that lie ahead,” said group leader RM.

BTS, according to Smart, will be appearing in an ad campaign slated for release by the first quarter of 2021. The campaign is called “Live Smarter, Live With Purpose.”

“Aside from their remarkable talent, BTS emerged as the biggest band in the world because of their meaningful and uplifting music that brings hope and encouragement to fans especially in the bleakest of times,” Smart President and CEO Al Panilio said in a statement.

Is BTS Smart Communications’ next endorsers? 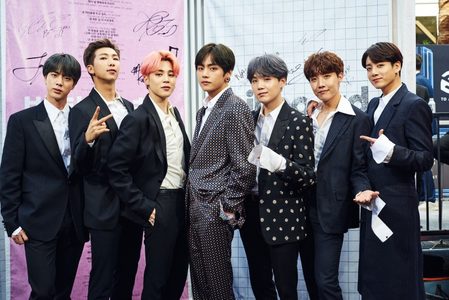 BTS is among the biggest musical acts in the world today, with a fan base that spans the globe. They debuted in South Korea in 2013 and have since dominated global charts.

The septet is made up of RM, Jin, Suga, J-Hope, Jimin, V, and Jungkook.

In 2020, they became the first all-Korean group to top the Billboard charts. But even before that, they’ve consistently broken records on YouTube – most of which they had set themselves.

BTS got its first Grammy Awards nomination for their music in 2020. The hit single “Dynamite” is among the contenders for Best Pop Duo/Group Performance. – Rappler.com