Facebook Twitter Copy URL
Copied
'I have always felt the need to defend my love for romance media since it seems to be treated as this shameful genre to consume, let alone enjoy'

Listen. If you were to commit to watching every single romantic comedy film that you could find, there would have been no better time to do it than during a global pandemic.

In March 2020, as the world became overwhelmed with uncertainty, I sought the comfort of knowing exactly what was going to happen next. I needed to witness happy endings one after another, leading me nowhere else but to good ol’ romantic comedies. I spent the entire first year in lockdown with the likes of Meg Ryan and her tiny corner bookstore, Julia Roberts who transformed from one unapologetic leading lady to another, and even our local love team KathNiel, who had carried the genre well into the 2010s.

And while I’m all for strong and independent women in film and television, that year of romance — more than anything — taught me that heroines in love are just as empowering.

I would never call myself a film buff. That title is reserved for the diehard Kurosawa fans, the Christopher Nolan slash David Fincher film bros, and my best friend Eiyah who apparently knows all up-and-coming Hollywood actors by name and birth year. I humbly refuse to align myself with them because while they were watching the decade’s list of Academy Award winners for Best Picture, I was probably arguing about seeing the next Adam Sandler feature in theaters with my dad.

The movies I grew up watching were always light-hearted and escapist.

These are words apt to describe the recent classic About Time (2013) that my sister and I rewatched so many times we broke the original DVD. And Sandra Bullock and Keanu Reeves’ magnum opus, The Lake House (2006), which was included in the 13-in-1 DVD Collection I used to own. And Serendipity (2001) starring Kate Beckinsale and John Cusack, which I had smuggled and distributed to my Grade 9 classmates via flash drive during a computer class. Not a film buff, I was a young romcom connoisseur. But until 2020, I had never sat down to watch the true pillars of the genre. Only then did I realize what I was missing: incredibly well-rounded, well-written female characters who were feisty and flawed yet still found love by the end of their films. In the sea of Judd Apatow movies that flooded the late 2000s, I just could not believe these women were permitted to exist on screen.

Sally Albright from the 1989 Rob Reiner film When Harry Met Sally is “the blueprint.” This made complete sense, considering Sally is a 30-something writer living in New York City with no more than three friends, including the man she’s likely to fall in love with. She’s the romcom heroine. Except she is also this completely neurotic, impatient, emotional friend whom audiences get to know more through her colorful dialogue and entertaining banter with Billy Crystal’s Harry. They make no mistake in planting her squarely as his equal right from the beginning.

Bridget Jones of Bridget Jones’ Diary (2001) is another heroine close to my heart. Mixed with British men and their humor, Bridget’s decade-spanning trilogy centers on the experience of finally feeling desired and sought for amidst all of her self-deprecation. Beyond that, it satirizes the storylines that often box women into categories by introducing and standing by this strong, pliable lead who still desperately wants to find love.

Of course, our local scene has never suffered the great lack of three-dimensional women in romantic narratives throughout the decades. We have had Jolina Magdangal’s loyal Bujoy, Sarah Geronimo’s quirky Laida Magtalas, and Kathryn Bernardo’s soft-hearted Athena – leading ladies armed with wit and humor, varied ambitions, and grounded backstories that everyday women can connect with. 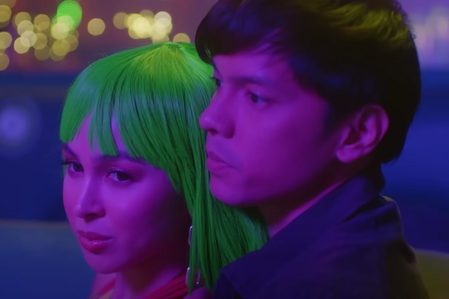 Looking back, I have always felt the need to defend my love for romance media since it seems to be treated as this shameful genre to consume, let alone enjoy. Although Filipinos actually love…love. Two of the country’s top-grossing films of all time are romantic narratives. The teleseryes that keep us alive find success in teasing potential couples. Best believe that Filipino romance films and teleseryes thrive across all demographics — just take my Dad, for example. I sadly have not had the time to watch the newest KathNiel teleserye in its entirety on Netflix, but he has kept our entire family up-to-date!

While mainstream romcoms climb all local ratings charts, there isn’t high regard for the genre either. It did not take too long for me to realize that this comes with any popular media targeted mainly towards women. Honestly, have you heard the cynics label comic book films as “formulaic” recently? When are we going to start calling them bro flicks?

Those (surprisingly hostile) feelings aside, learning how the women for which these films are thoughtfully written leads me to be excited for the continuing evolution of the romantic comedy…and perhaps to dream of one day reimagining them. – Rappler.com

Regina Florene Tan, 21, is a senior BA Communication Arts student at the University of the Philippines Los Baños. She spends the little time she has away from her academics watching films and writing short, often unserious, reviews on Letterboxd.