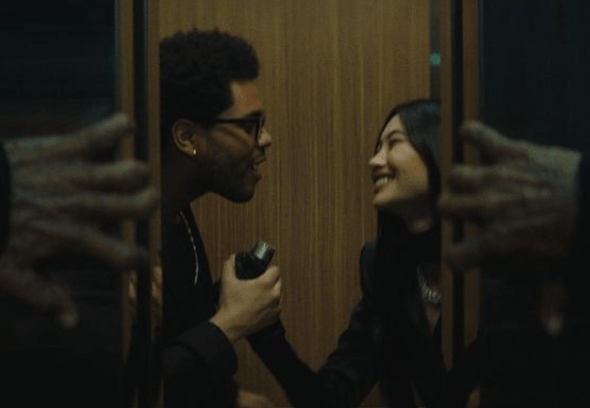 CAMEO. Hoyeon Jung is set to appear in The Weeknd's new music video.

Facebook Twitter Copy URL
Copied
The Canadian singer posts a sneak peek of his upcoming music video, where he is seen holding hands with the 'Squid Game' actress

The singer posted a screenshot of an intimate elevator scene from the music video where he and Hoyeon are holding hands as she laughs. In the caption, he wrote, “out of time : tuesday,” and tagged Hoyeon.

The sneak peek was a reference to “Out of Time,“ the upcoming new single from The Weeknd’s fifth studio album Dawn FM, released in January. The music video will premiere on April 5.

Hoyeon rose to international fame after starring in the hit Korean series Squid Game, which aired in September 2021 on Netflix. – with reports from Euna Regaspi/Rappler.com