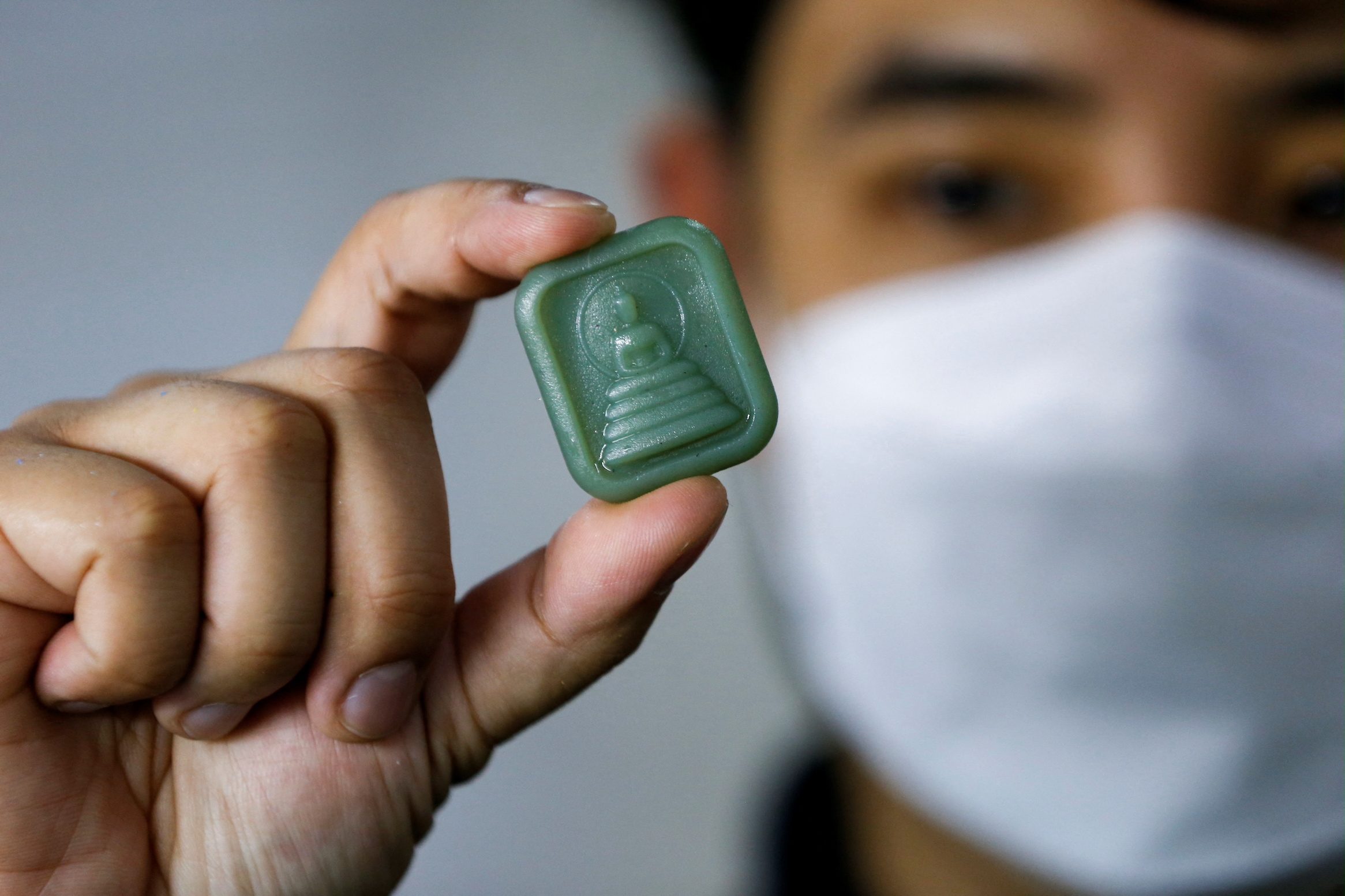 A man shows an amulet which was made from 1kg of trash such as plastic bags, bottle caps, milk cotton and fishing nets in a factory outside Bangkok, Thailand January 10, 2022. Picture taken January 10, 2022. REUTERS/Soe Zeya Tun

Facebook Twitter Copy URL
Copied
Predominantly Buddhist Thailand is estimated to be the fifth-biggest contributor of plastic to the world's oceans, according to a report by the US-based group Ocean Conservancy

Predominantly Buddhist Thailand is estimated to be the fifth-biggest contributor of plastic to the world’s oceans, according to a report by the US-based group Ocean Conservancy.

“The idea of the plastic amulet is a result of finding a connection between the environment and Thai culture,” said Krit Phutpim, a director at Dots Design Studio, one of the companies behind the project launched at Bangkok’s design week exhibition.

Thai amulets with Buddhist imagery are extremely popular in the Southeast Asian country and many hope they will enhance their spirituality and bring them good fortune.

The Buddha amulet launched this week has the Thai word for “awareness” on the back to remind people to be conscious that their daily consumption should not harm the environment, said Teerachai Suppameteekulwat, the founder of the other company behind the project Qualy Design.

The amulets, which have been blessed by monks, are distributed in exchange for at least a 1 kg (2.2 lb) of plastic
or a minimum of 100 baht ($3.07) for each amulet with the money going to various charities.

The project has generated some controversy on social media, with questions about whether an amulet should be made from recycled materials.

Typically, amulets are made from materials such as bone, wood or metal. They may contain, for example, the ash from incense burnt at a temple or hair from a monk that are thought to further increase the wearer’s powers.

For one exhibition goer, the idea of giving recycled material a new use attracted her to the amulet.

“I brought in 1.8 kilograms of plastic bottles. I want to give it a new life,” said 33-year-old exhibition goer, Paramapon Suthichavengkul.