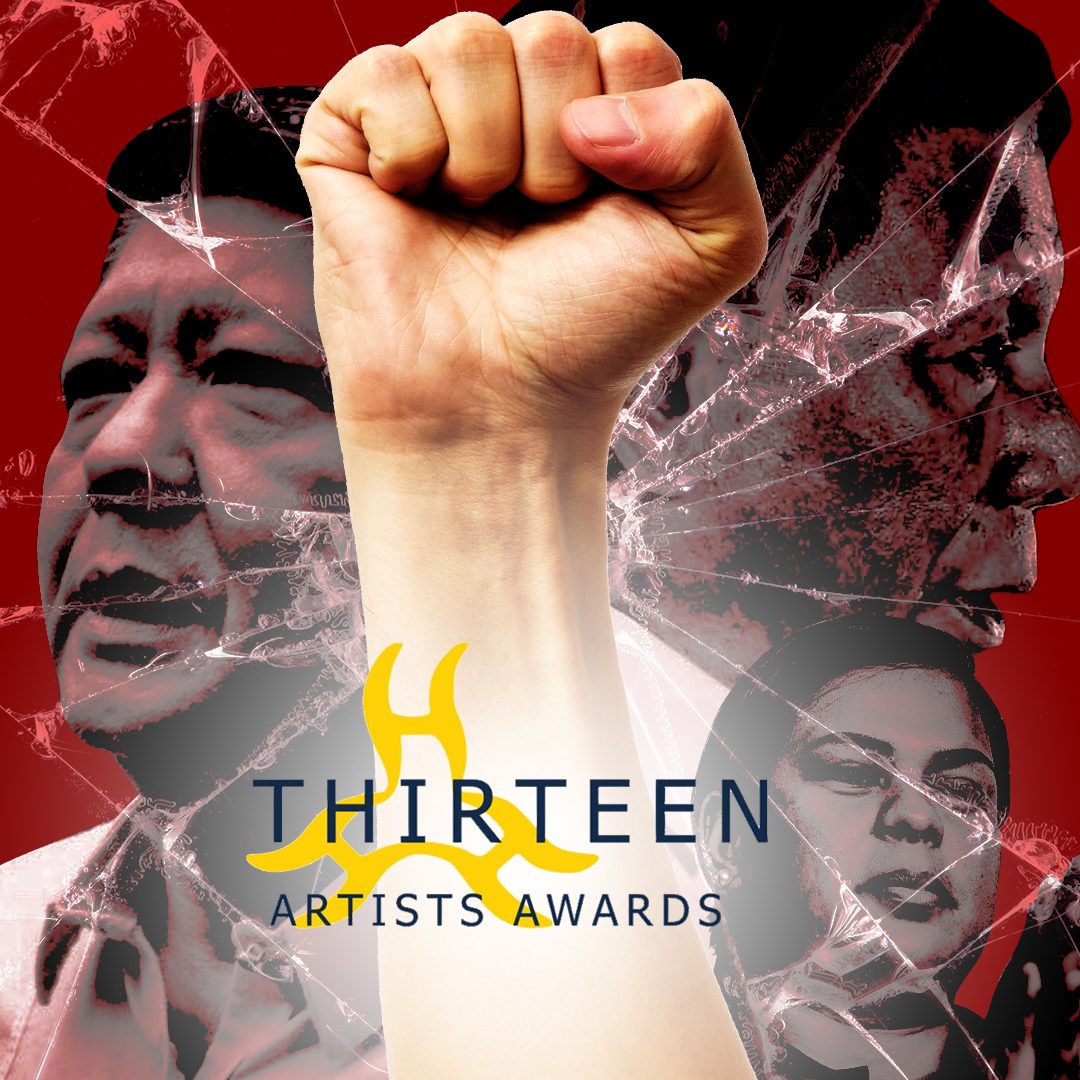 Facebook Twitter Copy URL
Copied
The Thirteen Artists Award recipients also speak up in defense of the country's sovereignty, pointing out the possibility of foreign influence on the 2022 polls

In a statement released on Tuesday, November 16, the recipients of the Cultural Center of the Philippines’ Thirteen Artists Award (TAA) called the candidacies of Ferdinand “Bongbong” Marcos Jr. and Sara Duterte for the 2022 elections “alarming and enraging.”

Among the signatories of the statement were established names in the local art scene such as National Artist Benedicto Cabrera aka BenCab, Elmer Borlongan, and Jose Tence Ruiz; and reputable new blood such as Doktor Karayom, Eisa Jocson, Dina Gadia, and Geloy Concepcion.

“Marcos Jr.’s propaganda of historical denialism is a grave insult to the thousands of victims who suffered under his father Ferdinand Marcos’ regime,” the TAA recipients said.

With regard to Duterte, they wrote: “We cannot afford the perpetuation of the Dutertes in public office. Political dynasties have proven to be beneficial only to the families in power and their cronies.”

On Saturday, November 13, Marcos said he was adopting Sara as his vice presidential candidate, with the PFP officially endorsing her as their VP bet. The TAA also spoke up in defense of the country’s sovereignty, pointing out the possibility of foreign influence on the 2022 polls: “The Filipino people need to be vigilant as the upcoming elections are at risk of being controlled by China and the candidates it supports.”

The group then listed down their criteria for the kind of leaders they want elected, namely, that they be able to handle the COVID-19 pandemic; address poverty and inequality; hold themselves and other public officials accountable; value human rights and sovereignty; and reject martial law and all forms of authoritarian control.

“As artists we stand by our commitment and duty to create, to innovate, and to liberate. Only through our collective courage and creativity can we defeat the culture of destruction, greed, and servitude,” the TAA concluded.

TAA recipients from 1970 to 2021 signed their names at the end of the statement. You may read the full document below:

TAA Stand for Freedom and Democracy by Rappler on Scribd