RETURN. Arabica PH is set to reopen in the Philippines in 2023.

MANILA, Philippines – Arabica PH returns! The Japanese coffee shop has announced that it will be back in the Philippines this year with upcoming new branches in Bonifacio Global City (BGC), Taguig City.

“Manila, we will restart our project this year with these stores. We cannot wait to serve our coffee from the world to you once again,” they said.

Arabica PH reposted the images on Friday, January 6, with the caption: “MABUHAY PILIPINAS! We are coming back bigger and better!” The branches’ opening dates and exact locations have yet to be confirmed.

The Philippine return of the independent coffee brand from Kyoto has been met with excitement from the brand’s former patrons, especially after three of Arabica PH’s branches suddenly closed with no warning in late January 2021. Even the brand’s Instagram page was suddenly no longer available, much to customers’ confusion and concern.

A day later, it was announced that Arabica’s franchise period and contract with its Philippine partner had already ended, and that a new partner would be in the picture soon. Before this, the Arabica Headquarters had already been experiencing “communication issues” with the Philippine franchise partners. On February 2, Arabica PH was back online once again, with a new Instagram account to boot.

Yay! Arabica PH is back online – here are their future plans for expansion 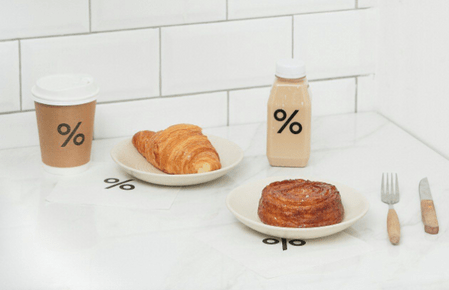 Arabica PH said then that expansion plans were already being discussed with new franchise partners, and the plans were not limited to just Metro Manila but would also include other Philippine regions.

Arabica PH opened its first branch in Bonifacio Global City in Taguig City in 2018, followed by a second BGC branch and another at The Podium in Mandaluyong City. The brand currently has 140 stores around the world, and advocates a “simple love for coffee and design.”