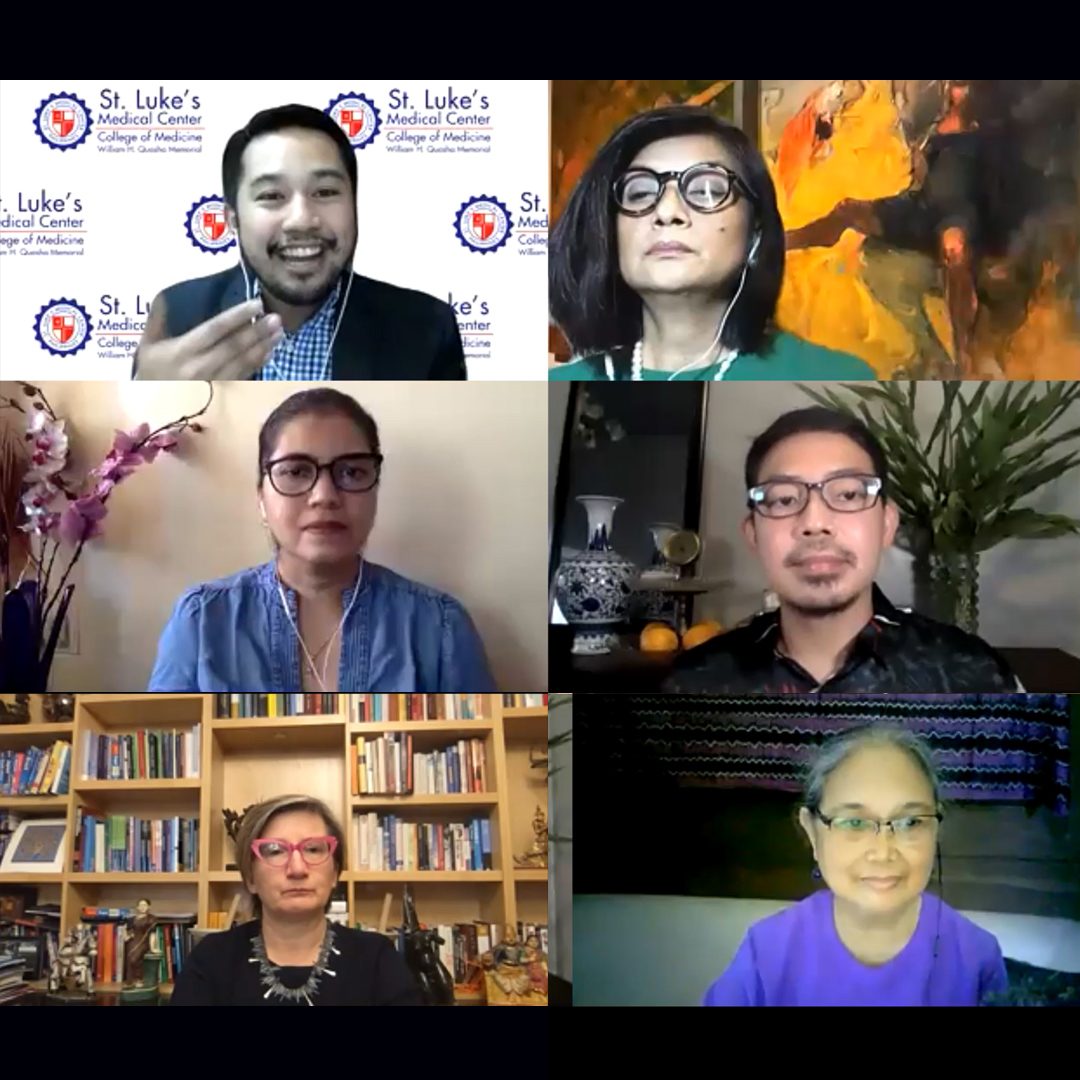 The Women’s Day episode tackled how the COVID-19 pandemic exposed a myriad of fault lines in global society, including longstanding gender imbalances resulting in gross socioeconomic and health inequities.

While Dr Junice Melgar, the co-founder and executive director of the Likhaan Center for Women’s Health, acknowledged that women’s health in the Philippines has “been improving incrementally and slowly,” other health experts in the episode shared how more can be done.

The health status of women was made worse by the COVID-19 pandemic, as lockdowns have disrupted access to sexual health services. As part of the pandemic-driven “baby boom,” teenage pregnancy continued to rise. At the end of 2020, the Commission on Population and Development reported that 70,755 families were led by minors at the end of 2020. This is projected to balloon to 133,265 by the end of 2021.

Myn Garcia, former Deputy Director General of the Commonwealth Foundation based in London, emphasized how the pandemic, coupled with global economic downturn, armed conflict, and climate change, has made profound impoverishing effects, especially for women and the LGBTQ+ community. This has also made it more difficult for these communities to improve their situation given their financial and educational limitations.

Professor Sarah Hawkes, Director of the Center for Gender and Global Health at the University College London and Co-Founder of Global Health 50/50, highlighted how there have been huge inequalities in women participation in COVID-19 response.

Last year, a study in the British Medical Journal found out that only 3.5% of COVID-19 expert task forces worldwide achieved gender parity and 85.2% are majority men. In the Philippines, the national task force is composed totally of men, mostly with military background.

“Frontline workers such as nurses are mostly women, but leadership is predominantly male…But we all know it’s not just the case of changing the gender of the leader. If we don’t change the system and the structure that people are leading, then all you’ve done is some kind of representational change at the top,” said Hawkes.

“What we need is a common governance agenda that promotes policies, approaches and investments that aim to transform structural gender inequalities and power dynamics,” added Garcia.

Hawkes reminded that if equitable change in leadership and in workplaces is to be sustained, there also must be radical changes in women and men’s roles inside the home.

“Equally if not more pervasive is the absolute inequality in domestic care that has really been highlighted by COVID-19,” remarked Hawkes, noting that women, because of lockdowns, have brought their jobs to their home – while also fulfilling household chores.

“Men must step up in the domestic sphere…. At the end of the day, we are merely doubling women’s workloads, which is also harmful for their health in the long term,” challenged Hawkes.

Aside from women, the LGBTQ+ community is also suffering during the pandemic.

Dr Winlove Mojica, Board Member of the Philippine LGBT Chamber of Commerce, shared the struggles of LGBTQ+ patients with chronic illnesses such as HIV/AIDS – who, due to limited mobility resulting from lockdowns, faced difficulty accessing medications, and feared going out of their homes and revealing their status.

The LGBTQ+ community, along with women, have also had to endure gender-based violence, or are forced to stay at home with their abusers.

“During the COVID-19 pandemic, everybody is working 1000 times harder to fight stigma and discrimination,” reinforced Dr. Mojica. “Abuse and violence have been boldly perpetuated against women and sexual minorities in every level of society, and this is done with impunity.”

Calling sexual- and gender-based violence “another pandemic,” ElsaMarie D’Silva, Founder and CEO of the Red Dot Foundation based in India, shared how she and her team developed a platform named Safecity, which crowdsources personal stories of sexual harassment and abuse in public spaces. Such data is used to raise public awareness and push for gender-safe communities.

“Data can be an accountability mechanism to hold the powerful to account for the promises that they have made, but more importantly for the rights that all of us have,” added Prof. Hawkes.

While some have already risen in the ranks of business, government, and academia, the majority of the world’s women and the LGBTQ+ community still face poverty and marginalization. Therefore, there is a need to embrace the lens of intersectionality, which recognizes that people are a combination of privileges and disadvantages.

Dr Mojica emphasized how men must also be included in the narrative to gain more allies for women and the LGBTQ+ community.

“By practicing diversity and inclusion, you invite creativity, and you promote efficiency among your employees. This is always a good business decision,” he said.

D’Silva, meanwhile, highlighted the need for education at all levels, citing the need to create safe spaces for conversations.

The webinar on March 8 was the second episode of the “Future of Health” conversation series. – Rappler.com

Renzo Guinto, MD DrPH is Associate Professor of the Practice of Global Public Health and the Inaugural Director of the Planetary and Global Health Program of the St. Luke’s Medical Center College of Medicine – William H. Quasha Memorial. He is also a member of the Board of Trustees of the Philippine Society of Public Health Physicians and of the Advisory Council of Global Health 50/50.